Foxbat, despite his lunacy, or perhaps because of it, is a surprisingly skilled individual.

He has the general strength and build of someone who engages in regular intensive exercise. He is a fairly skilled martial artist and thief, good with his hands, able to pick locks, and wiggle his way into or out of tight spaces.

He has designed several wondrous gadgets, such as the “Noogie-o-Matic”. This one is perfect for threatening annoying public officials. But by far his most common (and spectacular) device is his “Amazing Ping-Pong-Ball Gun,” which is capable of firing various gimmick ammunition.

His Foxbat costume, though resilient, once had a defect that apparently caused it to be rather flammable. He has since done away with this design problem.

He occasionally uses an absurd vehicle called the Centipedemobile. It resembles nothing more than a gigantic stretch-job version of an old “cootie” toy. To park it along the meters on a public street for any length of time would cost a fortune in change.

Freddy Foswell lived a life of idle luxury, his faithful butler Penhurst bringing him comic books on a silver platter. Time passed, and Freddy remained in a mental state of early adolescence, never able to keep his nose out of a comic book.

He kept himself in good shape however. He dreamed of one day becoming a dark avenger of the night. After all, he wasn’t a mutant like those other guys.

Until one fateful day when tragedy struck ! Wall Street took a major dive. Many of the stocks that made up the Foswell fortune belly-flopped on the concrete.

There was no more money for luxuries like comic books. Freddy’s faithful butler could no longer deliver him sequentially illustrated stories. In fact, he couldn’t afford to keep Penhurst around at all anymore. Oh no !

However, in the crucibles of misfortune, great destinies are forged. After a few despondent days, Freddy realized something. What would a character in a comic book do ? This wasn’t a setback, it was the start of his origin story !

It was time for him to step up and join the ranks of superhumanity as he knew he always would one day. His entire life lead up to this moment, the moment he had been dreading. Instead of becoming the world’s greatest hero (copyrights aside), he was destined to travel a different path, the path leading to the most horrific fate of all. The life of a supervillain.

Tragedy as he had suffered could only embitter a man, and turn him toward the dark side. Freddy would have to go forth and commit crimes to regain his lost fortune. After raiding his trust fund for seed money, Freddy began an intensive training regimen.

When he was ready, he began designing his remarkable gadgets with which he would terrorize all humanity. That, or rob the Yummy Freeze downtown, whichever seemed like more fun at the time. Mmmmm… ice cream…

The time had come to assume the mantle that destiny had woven for him, the mantle of Foxbat, greatest villain the world would ever know! Standing on a rooftop, silhouetted against the setting sun, Foxbat casts his dark shadow over a world that shall tremble at the very sound of his name!

Although his first crime didn’t quite work out as expected, (“Whattaya mean its Frozen Yogurt, not Ice Cream ?!! I’m not eating anything that’s actually alive ! You barbarians ! I mean, Yogurt has its own CULTURE for Pete’s sake ! I should smite you readily for your oppressive yogurt genocide ! Return that yogurt to its rightful home or at least give the poor thing a parka and mittens, it’s cold in there ! Now, repent your vicious ways and bring me some delicious ice cream, so orders Foxbat, defender of Yogurt Rights !!”) no doubt his *latest* master plan will bring the world to its knees!

Foxbat’s costume is two-tone brown, with light brown on the mask, sides, arms, and legs and dark brown for the shoulders, center chest, and trunks.

The flares on his mask, along with his glider wings, emblem, belt, holster, gloves and boots are dull yellow.

Freddy has convinced himself that he’s actually living in a comic book. Therein he is the major figure, almost hero and villain both.

His crimes are often nonsensical. Examples being… trying to steal transporter technology from Paramount studios in order to kidnap everyone on Earth and hold them for ransom, or stealing every Volkswagen Beetle in the city. However, the ones that succeed are often profitable.

He is enjoying himself and doesn’t want to upset the status quo. He loves to talk, often soliloquizing about his master plan. He loves to pose dramatically and to fly (OK, so it’s gliding, but try telling him that). He will often waste time in combat swooshing around just because it’s so cool. He’s just trying to act the way a “supervillain” *should* act.

Since the whole supervillain thing is just for fun, he has no desire to hurt anyone. Unfortunately, sometimes Freddy’s warped perceptions lead to tragic consequences. People in the real world don’t always heal as fast as they do in the comics.

Should a hero annoy or hurt Freddy, he will make every effort to publicly humiliate that hero with immature (but often effective) jibes. Such as skywriting “Avenger is a Fink!” the day the hero is set to appear at a local sporting event. That hero will become a vital cog in Freddy’s vengeful schemes. That is, until such time that Freddy grows tired of being his enemy.

Seeing himself as the heroic, swashbuckling, romantic figure that he isn’t, Freddy will then begin idolizing the hero. He will offer to be a “homage” of said hero (by calling himself the “Foxbat Avenger” or some such) or even claiming to be the hero’s sidekick.

He is always shocked by those people who can stand against his actions through sheer force of personality, or those who would go as far as to try to kill him.

Basically, the guy’s a nut.

“With great responsibility comes great boredom. Heroes are a gullible and somniferous lot. I shall become… a Foxbat !”

“Yes true deceivers, this shall be a time when titans clash. For lo, enter the Foxbat — hope you survive the experience bub. Don’t say I didn’t warn you. I’m the very best at what I do, and what I do is pretty AWESOME ! Who foxes the Foxbat ? Excelsior !”

Depending on how wacky and self-aware you decide to make him, Foxbat would make a fun archenemy for Ambush Bug & Cheeks the Toy Wonder.

You could also give him the Reality Check power & have him believe that he is a character in a role-playing game. Which game, and how good the rules are at allowing them to do whatever, compared to the game the other happens to be playing, could make for some amusing conversation.

Helper(s): David Johnston, Mark Ayen and others (through their Hero conversion formulas), REZcat. 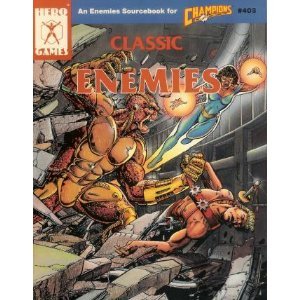 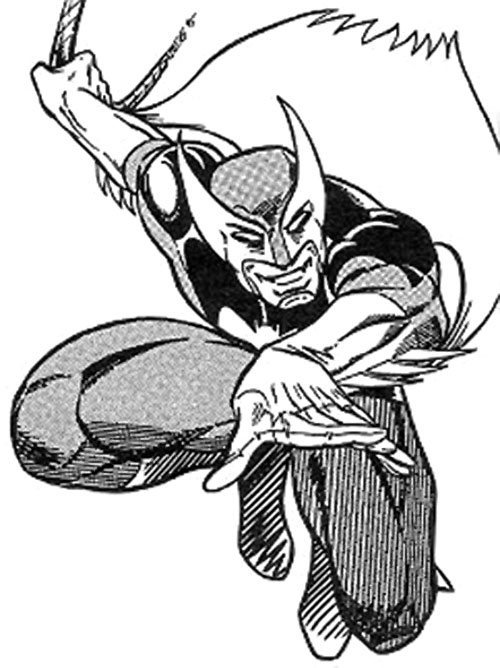 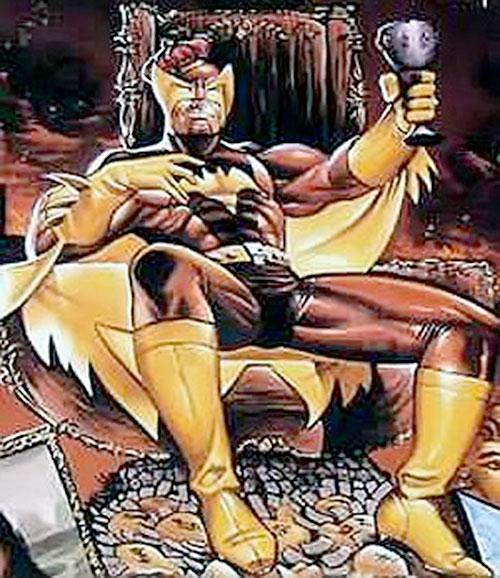 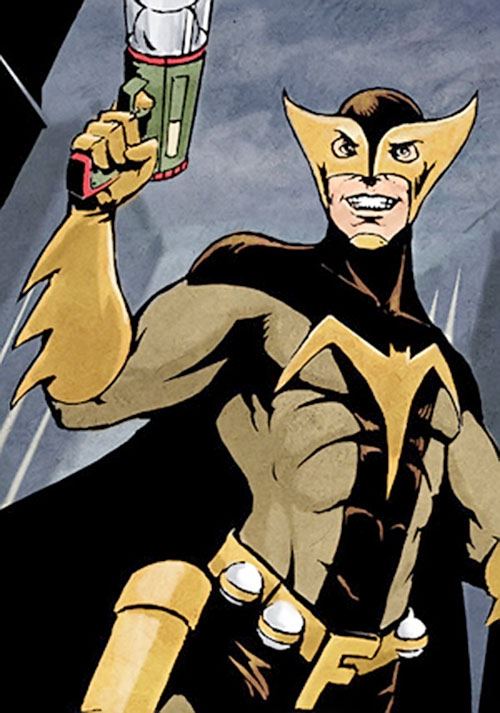