Foxfire is a career military man, and a member of the security staff at Aladdin’s Groom lake base. He was part of the attempts to repel Hardcase and the Strangers, then Hardcase and Choice, and possibly other break-in attempts.

A soldier who enjoys hurling fireballs at people a bit too much, and seems overconfident.

No problem here – Foxfire is a minor player that can be used in nearly any universe. 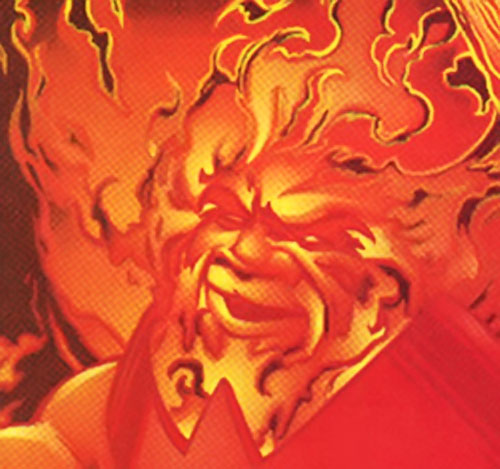 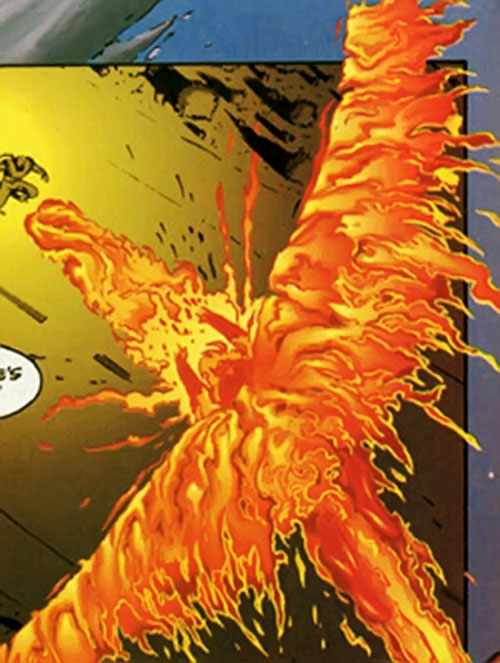