Colby is a normal human with good military and special operations training.

Frank Colby started his IO career as a Black Razor. For instance, he was in charge of the mission that brought back Nicole and Matthew Calahan to be the first recruits of Project: Genesis.

He got promoted as Aide for the Operations Deputy Director, namely Lynch at this time.

When Lynch and Alicia Turner were abducted by Bloodmoon and his Kindred, Colby set Backlash up to offer him a deal. Slayton was to take command of a rescue party and Colby would give him information on Daemonites, the aliens that put Backlash’s girlfriend, Diane LaSalle, into coma. Colby also suited up in Black Razor armor like in his old days to accompany the rescue team.

After Lynch’s defection as he fled with Gen13, Santini was appointed Operations Deputy Director. Colby remained his aide.

When Ivana Baiul took charge of IO, Colby overtly showed his mistrust, but stuck to the job as a professional. He was, however, conspiring against her, along with Santini, Stephen Calahan (reported dead) and others.

He’s a tall, strong man. His hair is short and worn in a crew cut, and he wears glasses.

Colby is a bit staid. His job is everything he does and he wants to do it well. 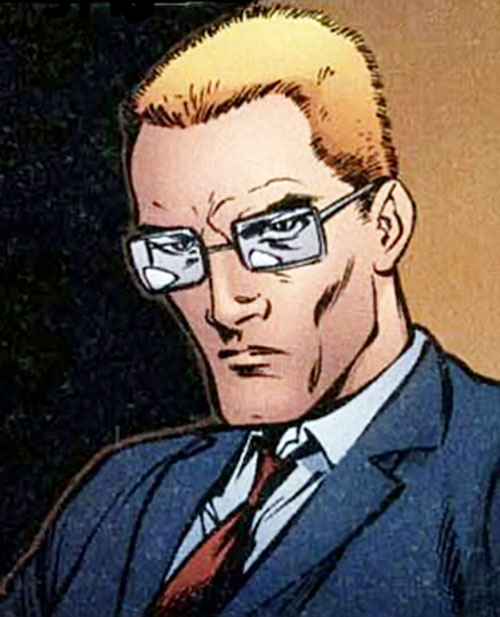