The popular perception of Frankenstein’s Monster became somewhat blurred by unending commercial exploitation as movies, especially with the 1940s Universal Pictures films and the 1950s+ Hammer ones. So a profile/recap of the literary version does sound useful.

Frankenstein is eight feet tall and built proportionately. He is hugely strong and very fast. His “joints are more supple” than that of a man and his brain is larger.

The monster was self sufficient from his moment of ’birth‘ and learned at a voracious rate. It is quick and quiet beyond those abilities of the men of his era.

He is built well enough that any environment on Earth is inconvenient at worst.

The creature is unspeakably ugly. Everyone from old men to children has responded to his appearance with fear and loathing. The details of his disfigurement are largely unrevealed.

Victor Frankenstein is a bipolar, manic depressive scientist with delusions of grandeur, a god complex, and a man who sabotages his own success. During a stroke of brilliance he combined “natural science” and alchemy in such a way he could create life.

Frankenstein’s monster was built using parts from a morgue and a slaughter house. He was built large to give Victor room to work.

Victor had a nervous breakdown at the moment of his success. The creature was left to fend for itself.

During his first year the creature figured out speech and the basics of human life. By two he was reading Milton  and debating the nature of God and man with his creator. The creature lived as an outcast and a hermit hated by all for his hideous disfigurement.

The monster approached his creator to beg for a mate. Victor agreed but later reneged. The scientist was forced to flee, as his creature chased him across Europe and beyond.

He hounded Victor until his last day. The creature also murdered Frankenstein’s family for his crime of creating then abandoning the monster to loneliness and self loathing. In a fit of angst with a final speech the monster headed off to die on the North Pole.

(The novel exists in two forms: the 1817 edition as originally published, and the 1837 edition. This work is based on the latter of the two.)

Beyond his height, the fact he has white eyes, and that he is built to a basic human frame, all we know of the creature is pejorative terms. He is described as deformed and repulsive. As he is made from morgue and butcher shop scraps it would be it could be surmised that his skin is a patchwork of different animal and human parts.

During his trek through the arctic he had long white hair. The monster dresses in animal skins when in truly harsh climates.

The Monster is a depressed Georgian gentleman. He is reasonable and well spoken until he is treated badly – then he strangles someone. The monster desperately wants to be accepted in society but is resigned to the fact he never will be.

The irony of his life is that if Victor had accepted him at birth he would have been the most loyal (if disfigured) of retainers.

In 1818 Marry Wollstonecraft Godwin did not write a novel. She wrote the true story of her brother’s letters from the arctic expedition he was engaged in. She did it to win the heart and attentions of Percy Shelly. At the end of her tale the monster goes off to die. In fact he survives the polar ice cap.

Victor Frankenstein’s great discovery is not what he though it was. His combination of alchemy and “natural science” allowed the cellular life in the morgue and slaughter house scraps to bloom into aggregate life. The exact nature of this bio-chemical masterpiece was lost to time.

The long term effects on his creature were not even guessed at. It remains academic if there are any conditions under which the creature could freeze to death. It is known that they do not exist on Earth. After many years as a wanderer in the arctic he discovered he was not aging. It is not out of the realm of possible that he was sighted a an “abominable snow man”.

Eventually he had a chance encounter near the Bering Straights with the bounty hunter Jonathan Hex. Hex (who is also ugly as sin) and the creature together battled a group of kidnappers who had abducted the Prussian royal heir. Hex headed back to the world of men with his rescue performed.

From the burning wreckage of the kidnapper’s ship the creature came across a book that was second only to Paradise Lost in the effect on him. In the smugglers cache he found a copy of the ’Eight-fold Path to Enlightenment: principals of Buddhism‘.

The monster undertook the arduous journey to India but it was long and far from easy. In the late 1880s he had found his way to London. On several occasions he flew into a homicidal rage when taunted by local prostitutes for his deformities.

By this time he had moved from strangulation to the use of knives. The famous Sherlock Holmes investigated the grizzly killings and forced the creature to leave the country to avoid discovery. One of Holmes few defeats is he never could figure out how the “Jack” killer escaped his crimes.

By the time he arrived in India the creature was depressed and angry with his own inability to control his monstrous rages. The monster approached a group of saffron-robed monks. Although they were startled by him they did not judge him by his horrific appearance. When he spoke of the Middle Path they took him in as a brother.

The creature spent years studying as a monk there. As time went by the creature overcame his rage and angst. By 1914 he had become a master of the Zen-Buddhist arts. Wisdom did not undo his early formed curiosities about the natural world. Nor did it allow him to forget the cruelties of men.

When news of World War I reached him he left the temple for the first time in decades. He was still a disfigured creature but was now something else as well. As homage to his origin he never took a name.

Although his size and deformity prevented him from ever mixing in with society he took to traveling originally Europe and then America with a Carnival. A Prussian mystic with cryptic powers and intricate agenda owned the show and used the monster s physical gifts in exchange for anonymity and mobility in the caravan.

By the 1930s he had made his way to the east coast of the US. As many of his machinations were not entirely legal he came into conflict with the Shadow and later a costumed vigilante called the Bat Man. Although on all but one occasion he avoided physical conflict with the two he saw something of himself in this early Bat Man.

The Dark Knight-detective put on the mask of terror over his face of birth, the terror face was his true self. The monster became quite a follower of his career.

Not much is know of his activities for many years until in the mid 1980s he was made aware of ripples in reality. Not only was his is long studied Bat-Man now changing but the world around him was subtly altering in a way that no one else seemed to see happening.

To his great surprise, he himself had become a subject of dozens of Hollywood movies. An encounter with Elijah Snow only made things more confused.

The only comfort he ever received on this front was from an enigmatic stranger who referred to as “The Bishop”. The Bishop explained divergent realities and time streams to him. Recently the monster has experienced a similar series of reality fluctuations.

The Bat Man, or Batman as he has been known in recent years, had disappeared but was still remembered in the world around him. By the monsters recollections Batman must also be not ageing.

In early 2006 he journeyed to Gotham City to seek out his old foe. To seek answers. To understand Batman.

Note: if you choose to use this alternate history the monster is likely to have developed many skills. He would make a great villain-mastermind.

Equipment:
None. At one point he was reputed to carry a number of pistols and rifles.

By Mark Fradette and Mike Winkler. 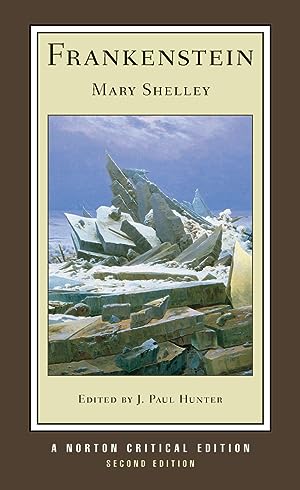 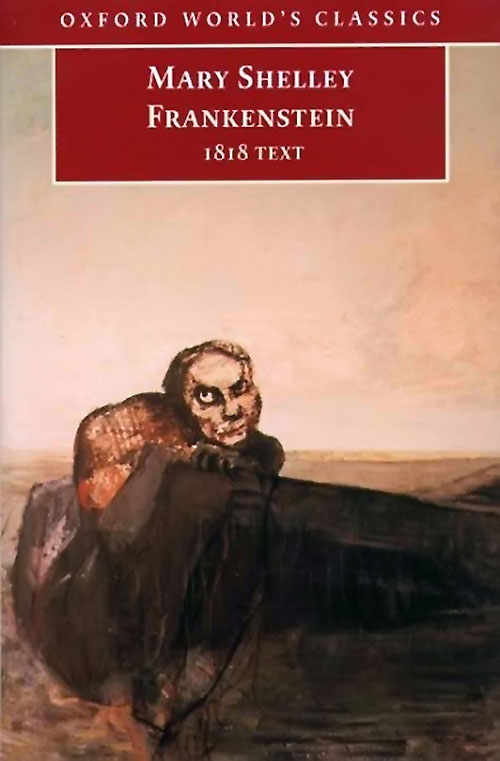 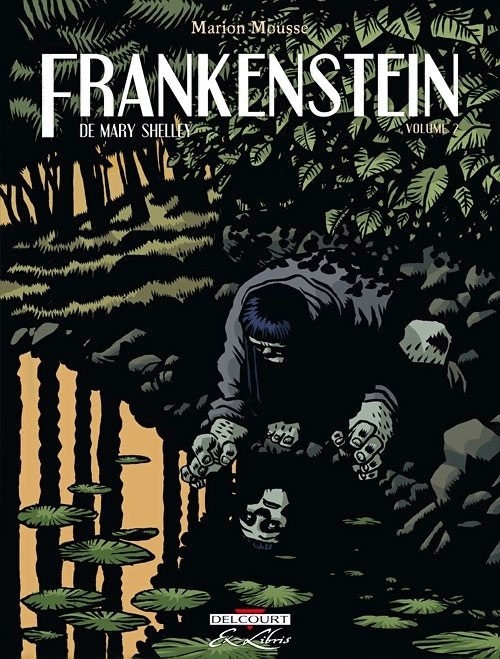 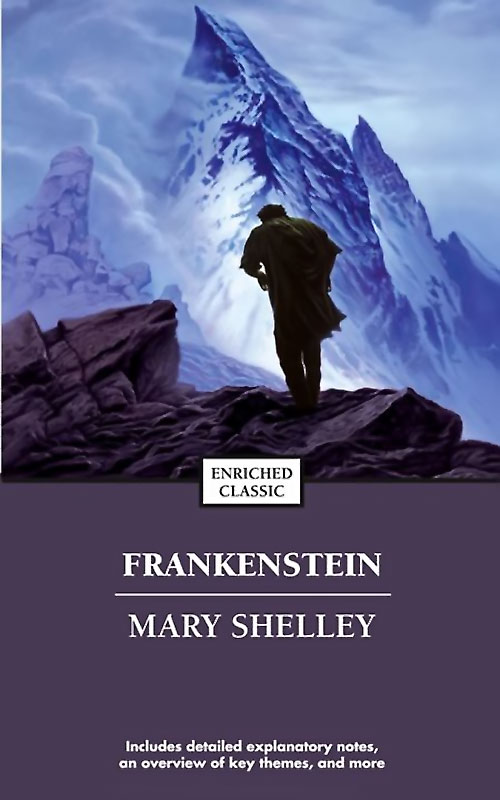