These profiles are imaginary future versions of the Scooby Do characters. In these stories, the genre evolved from 1970s children’s cartoons to 1990s genre thriller and the gang had to adapt to this new paradigm as they grew up.

In this take, Fred pretty much becomes a better-adjusted Rambo.

Fred was a founding member of the Scooby-Doo gang when he was a teenager. He and his friends Daphne, Velma and Shaggy, along with Shaggy’s dog Scooby-Doo, would typically pile into Fred’s old van, the Mystery Machine (now upgraded). Then they would inevitably stumble across some mystery or another.

Most mysteries involved schemes by greedy or intolerant individuals posing as monsters or faking other supernatural phenomena.

Although Fred and the gang (usually referred to as “those pesky kids”) were almost able to solve the mystery, there were a few phenomena that simply could not be explained away.

As the gang grew older, they went their separate ways. Fred joined the military and served a tour in the infantry. At the end of his tour, he was planning to re-enlist.

The old gang had kept in touch. When Daphne mysteriously vanished Fred, Velma and Shaggy set out to find what happened. After rescuing Daphne and exposing the cult that had kidnapped her, they realized that they missed working together as a team. They’ve upgraded their equipment and have worked together ever since.

Recently, after years of sexual tension, romance has blossomed between Fred and Daphne. The two have not yet committed to marriage, but it is probably only a matter of time.

Fred is a very powerfully-built handsome blond man in his late 20s. He typically wears Army BDUs. His weapon of choice is a military-issue M-60.

He’s not the brightest member of the group — and realizes it — but is still generally regarded as the leader of the gang, insomuch as there is one.

Pretty much unchanged. The Scooby-Doo gang is an accepted (if sometimes mistrusted) part of DC’s mystic community. They are often called in by other (non-supernatural) heroes when the occult is involved, and the mystic heavy-hitters are unavailable (or part of the problem). 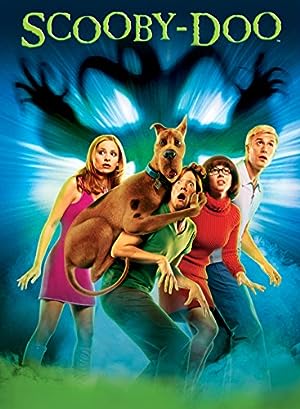