This writeup should be read after the Miranda Zero character profile (wot explains the Global Frequency).

As Aleph not-entirely-helpfully mentions, the Frenchman is “into that biofeedback thing”.

Biofeedback is using tech to monitor certain biological indicators such as an ECG, then using concentration exercises to change those. It is primarily explored to compensate for damaged biological functions. In the real world, consistently establishing efficacy has proven a challenge.

Here, the biofeedback techniques are used to bolster the body to superhuman levels :

The Frenchman is nigh-impossible to stop using ordinary levels of strength. Even solid hits using handguns or thrust daggers would delay him for but 30 seconds or so. He once tore a bullet free from his chest (presumably to avoid infection).

(The way biofeedback is “comicbookified” here is reminiscent of the exaggerated version of NLP in another Warren Ellis book, Fell.)

His foe Mr. Wellfare, who used similar techniques but at a lower level, could slay a five-person Global Frequency kill team.

Since this occurs off-panel for worfing  purposes, these operatives likely weren’t as tough as the likes of Jia Lau, Lightning and Pommie Girl, or Mister Grushko. But they still had to be competent enough to be on the Frequency.

But it also suggests a scenario where :

Lessee, what was on the French billboard in 2003… oh lawdy. This is awful. Mmm, digging way down, Mickey 3D is cool – but you have to sling the lingo.

The Frenchman is only ever called that. Presumably, his actual name is too hard to pronounce for Anglophones.

He’s been on the Frequency for years. One past case (rescuing a VIP from a burning building in Lisbon) was mentioned.

His foe Lionel Wellfare, using similar biofeedback techniques, clashed at least once with the Global Frequency. He killed at least five agents, but was eventually reported dead.

The Frenchman is also known to have attempted to kill Wellfare once. That was in Algeria, in unchronicled circumstances.

In 2003, Wellfare turned up alive. He had been hired by Nagelmacker Security (NS) to raid a US biowarfare lab. He was to kill everyone within and start a minor biowarfare agent release. This would make NS’s competitor protecting the lab look incompetent, and allow for a new round of bidding on these lucrative security contracts.

Miranda Zero immediately had the Frenchman flown from Paris to Texas. She insisted that he be the only person allowed into the lab, which he too preferred. The Frequency reacted quickly enough that when Wellfare broke into the lab, the Frenchman was there waiting for him.

The Frenchman engaged Wellfare in exceptionally brutal and gory close combat. Though Wellfare did have the upper hand at some points, it seems that his opponent was holding back to prolong his suffering. When the Frenchman decided that enough was enough, he ripped Wellfare’s arm from its socket and killed the merc by jamming it down his throat.

The Frenchman also took part in the “Harpoon” operation. He was on Miranda Zero’s kill team, along with John Stark, Mister Grushko, Alice April and “Avigail”.

During this deployment, the Frenchman was the rear security man. 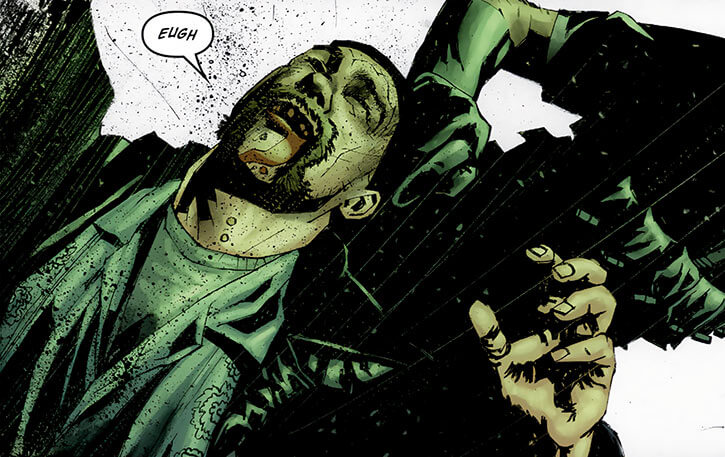 His general appearance was somewhat reminiscent of Jean Reno’s character in The Professional, albeit without sunglasses. And with a Max Payne sartorial vibe.

He’s generally fluent in English, but this is clearly a second language. He tends to exclaim in French, and his English grammar can be a bit off.

A strange, scary man. He is completely devoid of fear, ignores pain, and fights with unbelievable brutality. If angry, he’ll go to the ends of Earth to pursue his vendetta with maximal prejudice.

However, it seems that Wellfare particularly offended him – and that the Frenchman isn’t usually a slaughter engine. Plus, he chose to work with a rescue organisation.

Both the Frenchman and Wellfare sought to eat their opponents’ body part, even during combat. For instance the Frenchman enucleated Wellfare’s right eye then gobbled it up. It may be part of their conditioning to ignore visceral reactions of disgust.

(Kicking Wellfare in the boy parts) “Death to the purple-headed womb broom.”

(Laughing) “It is like your Yankee wrestling television for children, hein ?” (picks up a nearby metallic folding chair, starts bashing Wellfare with it).

“Not what I meant. My English is not so good sometimes.”

Drawbacks:
Had a SIH of Lionel Wellfare, but he’s good now.

The Frenchman could easily have other Skills, Advantages, etc.. He only appears in an extended brawling scene, so there was no room to demonstrate less brutal talents.

In a low-powered, low-Hero-Points setting, BODY 06 is monstrous. See the Fallout deathclaws profile for the maths about that. 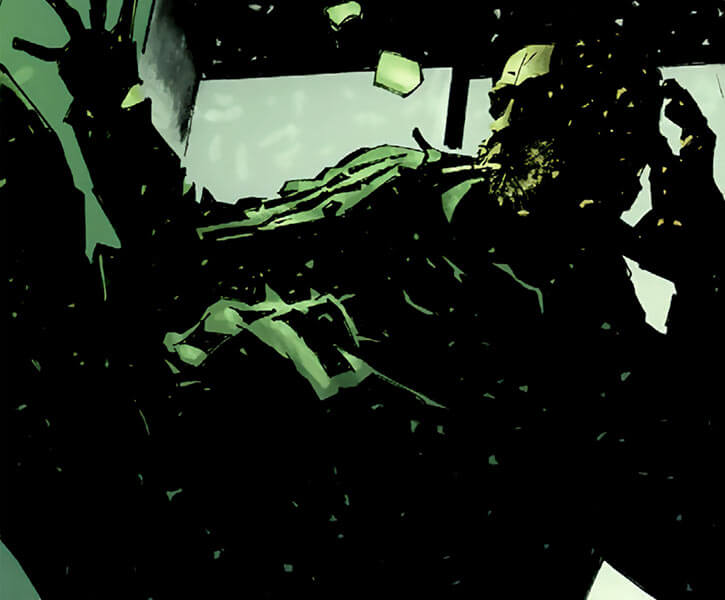