Jefferson can turn into a twister – a tornado. The winds can easily pick up and fling personss around, preferably hurling them into dangerous situations. Since he *is* air in this state, hurting Frenzy means somehow breaking the tornado apart.

Lightning dances around his tornado form. It is likely to strike those coming close to him if he wishes it.

McKenszie was recruited in his native Detroit by Mister Nobody, the illuminated surrealist activist and madman. He thus joined the first Brotherhood of Dada.

The Brotherhood had a plan – to recover a weird painting evoked in lost works by Thomas DeQuincey, which supposedly ate people. This tableau, by the mad Italian painter Piranesi, was destroyed in 1814. But a duplicate was done and ultimately recovered by Horst Eismann, the collector of the strange.

The Brotherhood of Dada mounted a successful assault on Eismann’s retreat in the French Alps, and absconded with the painting. They then went to Paris, and Mister Nobody performed strange manipulations over it in the Champ de Mars  that resulted in reality inversion. Paris was plunged into the dimension of the painting, and the Brotherhood of dada with it.

The Doom Patrol intervened and broke the phenomenon, restoring Paris. But most of the Brotherhood of Dada, including Frenzy, elected to stay in the Painting. It was a dimension  with various subdimensions themed after art schools. The freaks, forever rejected on Earth, had found a world that could accept them and which they could enjoy.

It is unclear whether he can extrude his arms from his costume, or if he’s actually bound in it, straitjacket-like.

Jefferson is ignorant and uneducated, and has no problem admitting it. He feels quite proud whenever he managed to achieve something despite his lack of learning. And though he has no culture he really enjoys art. He also enjoys writing, mostly long letters narrating his adventures to his mum, but his spelling make them hard to decipher.

Among the Brotherhood, Frenzy is quite possibly the biggest fan of the world inside the painting.

By Sébastien Andrivet vaguely based on Mayfair. 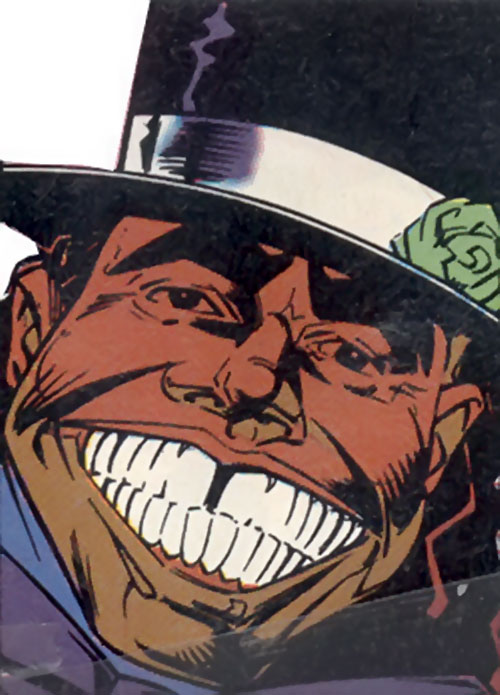 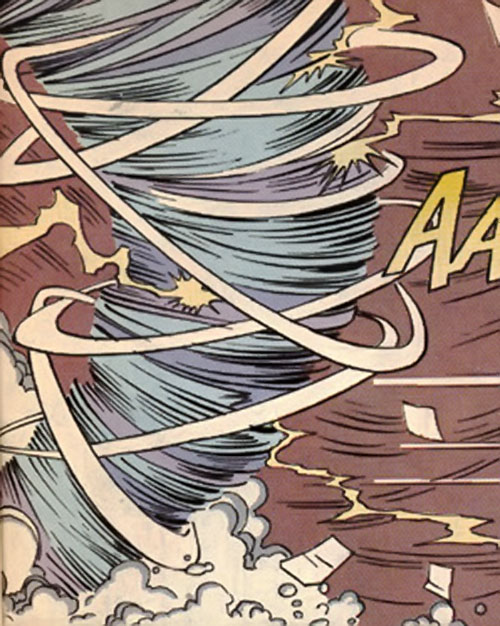