The Frog-Man is just an ordinary, unathletic kid.

His costume is reinforced and has powerful, electrically-powered springs under the feet.

Eugene Patillo is the son of Vincent Patillo. Vincent was an unsuccessful inventor who once modified one of his inventions (an electrically-powered spring systems with gyroscopes) to become the supervillain Leapfrog.

The elder Patillo was also unsuccessful as Leapfrog. After coming out of prison, Vincent retired his villainous identity to take care of his family.

However, Patillo was barely able to support his home, especially after his wife died of cancer. He sunk into despair, believing the Leapfrog episode had ruined his life. His son Eugene, wanting to do help his father, resolved to use the Leapfrog technology in order to become a crimefighter and redeem his father’s name.

He thus began an enthusiastic and fumbling fight against crime. He even once fought alongside Spider-Man and the Human Torch, accidentally defeating Speed Demon by landing on him.

The Fabulous Frog-Man carries on his low-level crimefighting activities.

Eugene is a kid who means well, but whose intentions do not always work out. He is always eager to please, and is a big super-hero fan. He truly wants to make his father happy through his deeds as the Frog-Man, and feels that he is carrying on the proud “frog” tradition of the Patillo line.

Well, it seems obvious enough that he would have been a part of Justice League Antarctica. He might even have an occasional crime-fighting partnership with G’Nort. Or Ambush Bug.

Bonuses and Limitations:
Dumb luck only applies in combat (-2).

Skills:
None demonstrated. Or suspected. Or implied.

Equipment:
FROG-MAN SUIT [/BODY/ 05, Jumping: 04. The flippers might be useful in swimming. Maybe]. 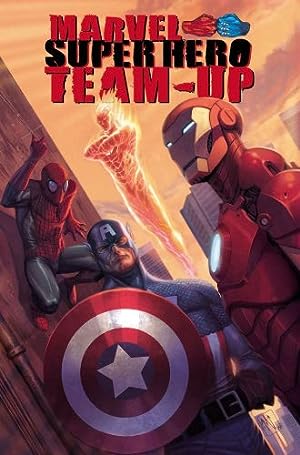 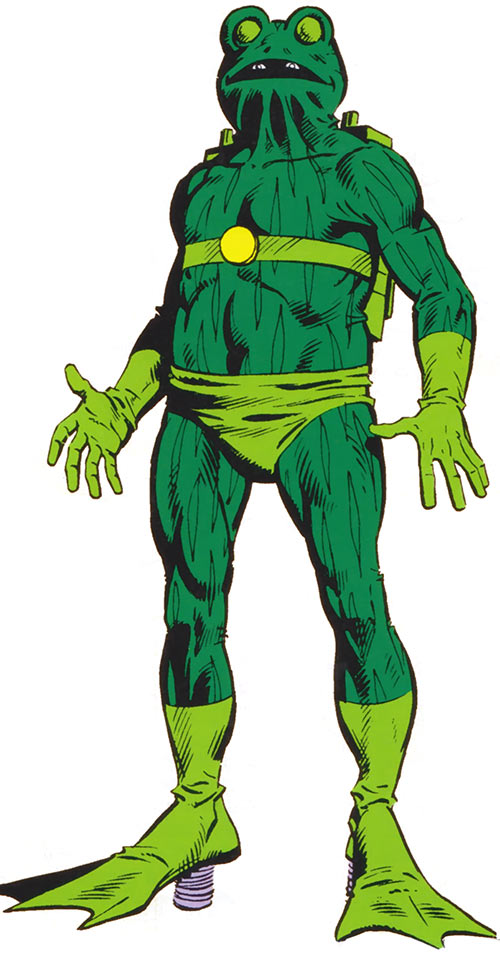