Richard Gecko specializes in robbery of any kind. He’s an expert at planning complex heists. He was also capable of planning and carrying out his brother’s escape from a prison.

Although preferring the direct approach, he has good knowledge in security systems, acting, bluffing, intimidation and other skills. Richard is a fair hand-to-hand combatant and relies heavily on weapons, which he can handle like an expert.

For his history see the Seth Gecko character profile.

Richard Gecko has a square jaw, thick glasses and sunken eyes. There is something off about him, though it’s impossible to define. He’s black hair and brown eyes, like his brother, and looks athletic. 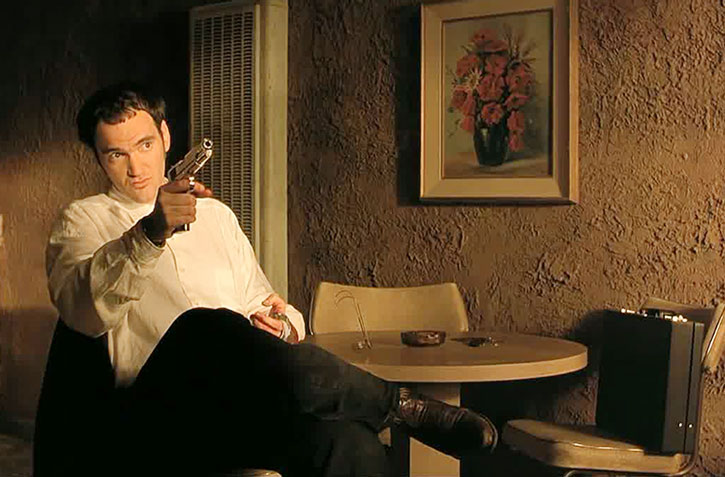 Richard gives an insecure, while at the same time confident appearance. The combination looks rather chaotic and people justifiably have trouble trusting him.

He also wears a fine black suit along a white shirt, exactly like his brother. He’s often seen carrying a revolver in his hands, behaving aggressively towards his peers, and he sometimes has a plastic piece in his mouth to protect him from grinding his teeth.

His voice has a kind of suaveness, since he believes in whatever he does.

Richard Gecko is a seriously disturbed individual. He’s a sentenced rapist and robber, and has extremely violent tendencies and outbursts.

He often has hallucinations wherein people are doing or saying things that they aren’t. Such hallucinations are often of a sexual or threatening/offending form. He believes that women, all women, want him. Since they’re always, according to his own senses, telling him so.

Towards people in general, and men in particular, he’s paranoid. However good a plan he might be part of his paranoia renders him extremely insecure, loud and violent, which often results in the plan failing.

In stressful situations, that is almost all the time, he’s like a walking bomb that risks detonating in the face of nearest offender (remember also that women who turn him down are offenders).

His paranoia is so great that when he’s in the vicinity of other people, except his brother, he begins gnashing his teeth together.

The only person Richard trusts is his brother Seth, for whom he has a great deal of respect and trust. Seth is also the only person who can get Richard to simmer down mostly. When that fails he will knock Richard unconscious and tell him some story about it when he wakes up again.

Despite his paranoia and mania for women, Richard is an intelligent individual capable of pulling bluffs against people and planning tough crimes.

Richard Gecko works well along his brother. He can be inserted as a partner to Seth in any area of the States, while being tracked by the police, Texas Rangers, FBI or the like.

The players could have to track him down to some really nasty place, like the ’Titty Twister‘. Or they could see him perform a bank robbery including other hideous crimes derived from his hallucinations. 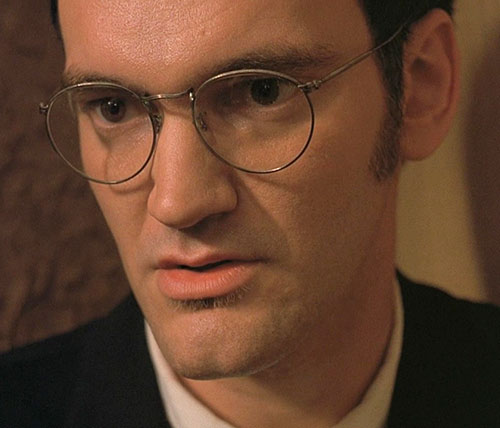