Frozone wields control over ice. He can generate ice from his fingertips, but is limited by the amount of moisture in the air and his body. He has frozen water and milk solid, and can freeze bullets in midair while entrapping gun-wielding opponents. As a child, he was able to freeze a bowl of fruit punch merely through force of will, without the use of his usual ice blasts.

He has limited airborne mobility, not necessarily complete levitation, but he can quickly maneuver along coasters of midair ice (which deteriorate as he goes) which boosts him in the air a good hundred or more feet. He can also take large bounds and leaps when in the air. In the movie, he skated across the air and hitchiked onto a helicopter because of this.

His special boots have soles which transform into either ice skates, skis, or a disc — the equivalent of a snowboard. Combined with ramps of ice, these make for particularly speedy travel. He must also wear special goggles to protect his eyes from snow blindness, and to conceal his secret identity as Lucius Best.

He can also create snow, soft enough to cushion falls and slides on rough surfaces.

In the Golden Age of Superheroes, Frozone was a longtime friend of the world’s most popular Super: Mister Incredible. He attended as the best man at Mr. Incredible’s marriage to Elastigirl (Helen Parr).

After Mr. Incredible was sued as a result of his actions in stopping Bomb Voyage and injuring a number of people in saving them, the supers were outlawed. Frozone, like the others, went into hiding as a normal person. Many years later, as a husband and father of two, Mr. Incredible, as Bob Parr, experienced difficulty adapting to civilian life but Lucius did not.

However, Bob made Lucius go out at night to covertly fight crime and save lives with him. They were both monitored by the supervillain Syndrome through his assistant, Mirage, who spied on them. The Parrs were all captured by Syndrome to his private island, Nomansian, but after they freed themselves, they returned to Metroville, where Syndrome unleashed his Omnidroid on the city.

Lucius, as Frozone, along with the Parrs, managed to destroy the robot and foil Syndrome’s plan.

Frozone is the epitome of “cool”, as might be expected of any character played by Samuel L. Jackson. He is into jazz music and turtle-necked sweaters, shaves his head and wears a very hip goatee.

In his youth, Frozone was a notorious womanizer. In his middle age he is happily married to “Honey”, who may or may not be a super herself. (He dated many, many MANY of them when he was younger).

This may have something to do with an underlying theme of The Incredibles, in that at the beginning of the film, the Supers are being interviewed and some of their answers relate to how they see life and what they want.

Each of them winds up wanting or having just the opposite of what they wanted then. Mr. Incredible talks about wanting the quiet life and winds up feeling trapped when he gets it; Elastigirl wants to further her career but ends up being the ultimate family mom, and Frozone mentions his many relationships and winds up being the reliable one-woman man.

Lucius: “…So now I’m in deep trouble. I mean, one more jolt of this death ray and I’m an epitaph. Somehow I manage to find cover and what does Baron von Ruthless do ?”
Bob Parr (laughing): “He starts monologuing.”
Lucius: “He starts monologuing ! He starts like, this prepared speech about how *feeble* I am compared to him, how *inevitable* my defeat is, how *the world* *will soon* *be his*, yadda yadda yadda.”
Bob: “Yammering.”
Lucius: “Yammering ! I mean, the guy has me on a platter and he won’t shut up !”

(Frozone and Mr Incredible listening to a police scanner)
Bob: “A robber… Do you want to catch a robber ?”
Frozone: “No. To tell you the truth, I’d rather go bowling. Look, what if we actually did what our wives *think* we’re doing, just to shake things up ?”

(Trapped in a fire rescuing people from a burning building)
Bob Parr: “You’re OUT of ICE ? You can’t run out of ice ! I thought you could take the water out of the air !”
Frozone: “There IS no water in this air ! What’s your excuse, you’ve run out of muscles ?”
Bob Parr: “I can’t just go smashing through walls, the building getting weaker by the second, it’s going to fall on top of us !”
Frozone: “*I* wanted to go BOWLING !”

Since the DC Universe is actually devoid of a “supers family” book for the most part, The Incredibles can be inserted whole-cloth. The “Public backlash against Supers” motif belongs more in a Marvel setting than DC, but the overall feel of the book is more Silver Age than modern, so placing them in the Post-WWII era is probably the right thing to do.

In which case, Mr Incredible and Elastigirl were supers during the final years of the McCarthy Trials , and were the first to re-emerge in the new Heroic Age as the Incredibles.

In this case, Frozone is still a friend of the Incredibles and Mr Incredible’s sometime-partner. 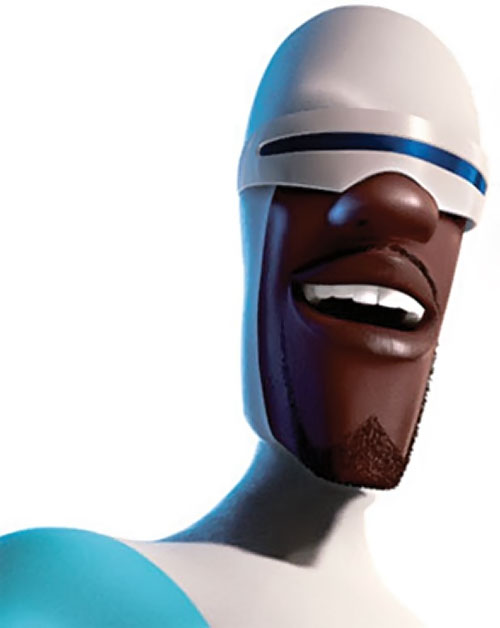 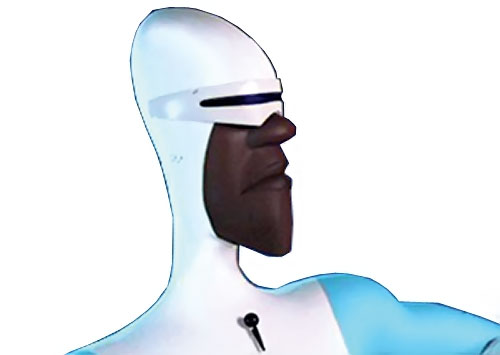 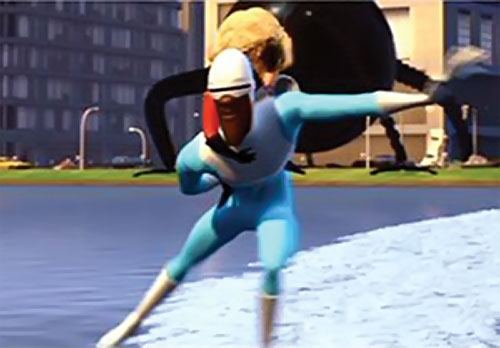 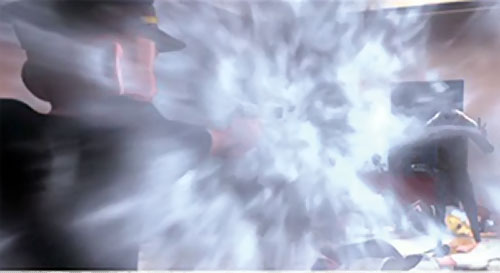 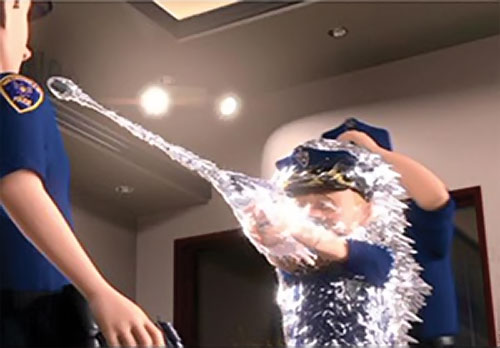 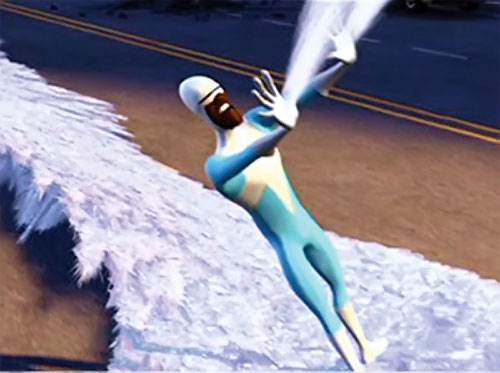 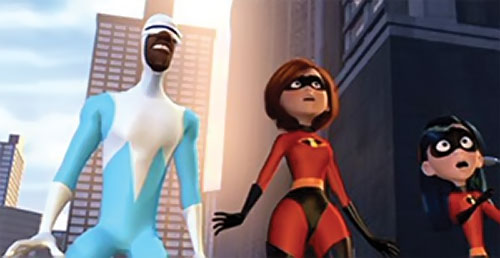 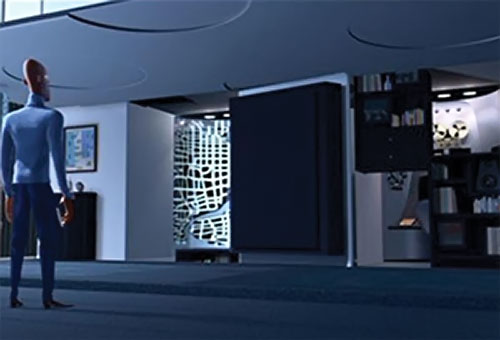