Fuckface is a giant of a man as well as a trained soldier. He’s also an excellent gunman, especially with a machinegun used as an assault rifle.

A throwaway comment by Colonel Gagarin would lead one to suspecting he’s a low-level superhuman, capable of surviving events that would kill anybody else. Fuckface’s strength level doesn’t seem human, either.

The origins of the giant soldier Fuckface are unknown. His employer, Colonel Gagarin, explained his hideous disfigurement had been inflicted by a shark, but he may very well have been lying. He apparently has been Gagarin’s right hand man for a long time. As such Fuckface acted as an enforcer, bodyguard, torturer and heavy weapons specialist.

In the MAX story, Fuckface was killed by Nick Fury – with a direct from a M203 launcher, the ammunition embedding itself in Fuckface’s throat before exploding.

There might be some connection between Fuckface and the Russian.

Gagarin mentioned that before his disfigurement Fuckface was a “gentle giant”. Now he is a brutal, silent henchman who is quietly loyal and efficient.

When Gagarin had an incompetent captain tortured to make an example, he said Fuckface had “slept” with him. Whether there was actual sexual assault, if that was a slang term or if it was just a way to impress the already terrified troops even more is unknown. 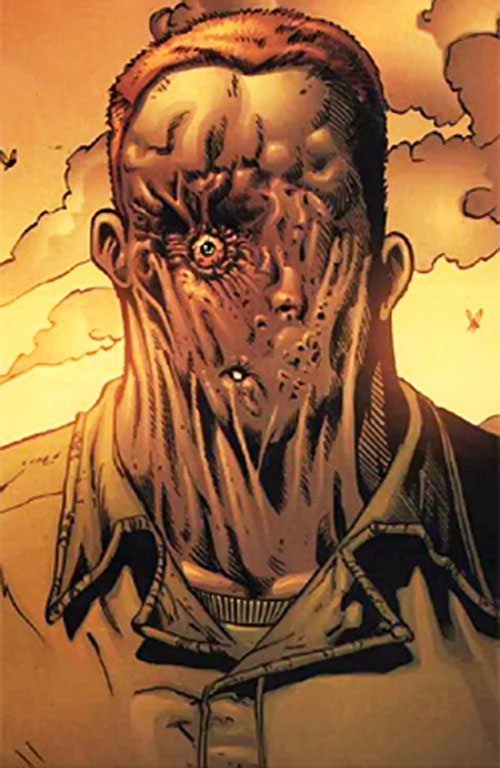