Furiah has the quasi-magical ability to form a gangue  of supernatural stone, shaped like elemental arms, around her own arms. This allows her to strike with superhuman might.

But the stone has other, sinister properties since it must be fed with blood to retain its full power over the years and re-energize Furiah.

Diop before was recruited by Andrea Strucker to join the German terrorist group Fenris. She is apparently from Southern Germany, and an orphan.

She gravitated into Nazi circles due to her fascination for Celtic lore and crackpot theories about the “Celtic-Aryan heritage”, the Merovingian bloodline and Dagda earth rites.

Although the rank and file occasionally have a problem with one of their members being a Black girl, various neo-Nazi leaders have always been crafty enough to handwave that away in order to benefit from her paranormal firepower.

She was taken away from Fenris by the Viscountess.

A lost, aggressive young woman in search of acceptance. But she’s utterly lost in depressed, gritty urban areas and hateful fringe movements. Furiah finds solace in fairy tales about occultism, and seems in denial about her skin colour.

Furiah greatly respects the Viscountess, and looks up to her.

Bonuses and Limitations:
Omni-Arm can only emulate the simplest shapes (-2). 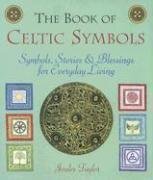 The Book of Celtic Symbols