This superhumans-slaughtering war machine was part of the sort of dark, dystopian storylines that were popular with many British writers during the Thatcher years. I don’t remember the Fury snatching milk from anyone, though.

Nick’s notes about this robot are from the 1990s, so they’re less extensive than more modern writeups.

In an alternate dimension, in a Britain not so far removed from our own, existed a powerful mutant with the ability to alter reality. His name is James Jaspers.

He gained power in an already corrupt government with a subtle use of his powers. Jasper stood on an anti-superhero platform, which gained many followers from the disillusioned general public. Now with political power, Jaspers set about destroying all who might oppose him with the creation of the Fury, an unstoppable animal machine.

The Fury destroyed all but two of Britain’s super community:

The Fury was then shelved until reactivated upon the appearance of Captain Britain (Brian Braddock) from our Earth. The Fury killed Jackdaw, the Captain’s companion, then the good Captain himself. Merlin resurrected Captain Britain. But on some level the Fury realized this and followed Braddock (and Captain UK) back to our Earth.

Tracking down the Captain to Braddock Manor, he was barely stopped by the Special Executive, who suffered casualties. yet the Fury healed himself by absorbing some of the super computer that existed under the manor.

Tracking down the Captain once again, the Fury encountered this dimension’s  Jaspers. The robot decided that he was a viable target, not being the same being who created him. In the ensuing battle, the Fury killed Jaspers but was badly damaged. This allowed Captain UK to destroy him for good.

After absorbing part of the Mastermind computer from Braddock Manor, the Fury:

His understanding of the universe was also greatly enhanced. 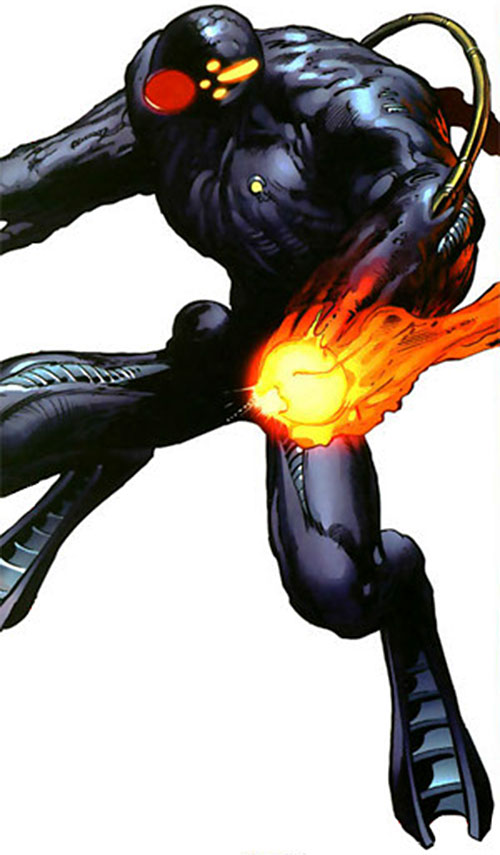