Fury corruptions belong to the undead corruption subclass. That is, they are corpses reanimated through magical possession. This creates various kinds of walking dead. Some, such as furies, are infused with magical energy. But they are still readily recognizable as zombies, if weirdly glowing ones.

Possessing cadavers seems to be the simplest type of aetherial possession. One gets the impression that it’s simple enough for an experienced Aetherial to possess multiple corpses at once.

It also provides a psychological advantage. Furthermore, pre-positioned stockpiles of bodies were amassed before the Grim Dawn.

Fury corruptions are among the most dangerous “zombie” types. There exist far deadlier aetherial corruptions, but these have usually been heavily modified and mutated (“fleshwarped”) from multiple corpses.

Beyond such custom-built monstrosities, it is also possible for Aetherials to possess Human beings. This is usually done by tricking arcanists – mages who manipulate aether. Such possession allows the Aetherial to use powerful magic, but they have to suppress the consciousness of the magician as they do.

Fury corruptions are fast and right aggressive. They run about as fast as an amateur athlete, and their assaults are neither slow nor clumsy. In horror movie terminology, they would belong to the “fast zombie” class.

Their main asset beyond that is that they’re enchanted using vitality magic, which manipulates life force.

Vitality magic tends to be used in the field for unpleasantness such as mystical wasting, or life force transfer – a sort of vampirism. It is wielded by various sorts of monsters and magicians, including those aligned with the Wendigo spirit of hunger.

Fury corruptions use their vitality magic charge to drain life force with a touch. They use that energy to repair any damage they have suffered. This affects even strong creatures.

Thus, those who cannot inflict massive damage to the fury corruption may be caught in a hopeless fight. The creature will be able to repair itself by beating and draining them to death, nullifying their foes’ efforts.

A small number of fury corruptions could wreak great havoc against undisciplined forces. Unfocused attacks could soon be healed by draining random victims. Fury corruptions can mainly be countered by :

A zombie pulsing, glowing with bright red energy. This also coalesces as a sort of bloody fog around the creature, and can occasionally form morbid motifs.

Aetherials seem to have a focus on reclaiming Cairn (the Grim Dawn setting). But it entirely possible that during their exile they managed small intrusions into other dimensions, perhaps to amass ressources. 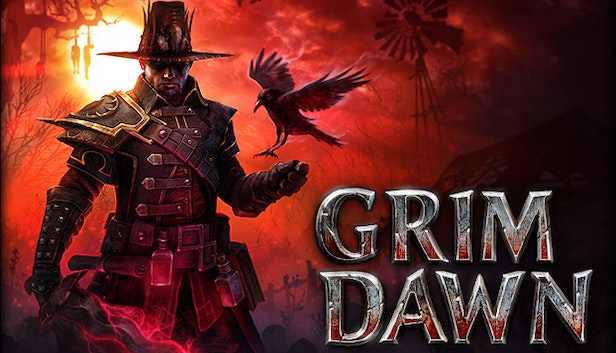