Fury possessed superhuman strength and superhuman leaping ability. She could run at superhuman speed, although not as fast as Johnny Quick. She wore lightweight bulletproof armor.

Fury could transform herself into a “Blood Avenger” form that was even stronger, virtually invulnerable and could fly. In this form she could project magical heat beams from her eyes.

Helena Kosmatos was a young Greek. Her father was killed in 1940 by Italian fascists who had invaded Greece. The Germans invaded Greece in the following year.

One evening of 1941 in her home in Athens, 15-year-old Helena angrily accused her brother Michael of collaborating first with the Italians and then with the Germans. When Helena produced evidence supporting her charges, her distraught mother suffered a fatal heart attack. Helena accused Michael of causing their mother’s death, and he fled.

Helena went after him but was herself pursued by German soldiers. She ran to the Areopagus (the hill of Ares)  and there stamped her foot in rage while cursing her brother. By doing so, Helena unwittingly called upon the three Furies of ancient myth , deities who mercilessly avenged crimes.

An earth tremor caused Helena to fall down a crevice into a cavern where she met the Kindly Ones. One of them, Tisiphone the Blood Avenger, asked Helena if she wanted to kill her brother. Helena said yes, and added that she would pay any price to avenge her mother’s death.

Tisiphone touched Helena on the right shoulder with her scythe, endowing the lass with some of her own power.

Lest with a whip of scorpions…

Helena found herself back on the hill, possessing the armor and super-powers of the Fury. As Fury she overcame the Nazi soldiers who had pursued her. Then, transformed into an incarnation of Tisiphone the Blood Avenger, she found Michael piloting a boat carrying Nazi agents and killed him.

Back in her normal form, Helena drifted in the Aegean sea. She was rescued by Johnny Chambers, who later joined the All-Star Squadron as Johnny Quick. He took her to America, where she went to live with her uncle and aunt in Miami.

At first Helena thought she had dreamed her meeting with the Furies and her transformations. But she became Fury again in April 1942 and helped the All-Star Squadron battle Axis Amerika. Now aware that she had superpowers, Helena joined the Squadron as one of the new “Young All-Stars”.

It is known that her meeting with Hippolyta of Themyscira, during he two years Hippolyta spent in the 1940s as Wonder Woman I, had a strong impact on Helena. She almost considered Hippolyta her mother.

… I overtake your lingering

Helena later married and gave birth to a daughter. She was named Hippolyta after the Amazon whom Helena respected so much. Yet she raised by a wealthy family, the Trevors. Hippolyta Trevor became the second Fury. She would later become the mother of Dream.

However, losing her virginity meant the loss of Helena’s powers, and her retirement. Said retirement didn’t go well. Being psychologically unstable, she couldn’t raise her daighter, who later died in tragic circumstances involving the Furies.

Helena was again full of rage, and the Furies again responded, granting her new powers. Her rage was directed at Diana of Themyscira, whom she considered to have stolen her “mother” (Hippolyta) and caused the loss of her daughter. After calming down, Helena was taken to Hippolyta on Paradise Island to be healed of all the mental and emotional damage done to her over the years.

When the Fury’s Serious Rage is triggered, she becomes the being known as the Blood Avenger. She gains the Flight and Heat vision power, and her Power Reserve activates, giving her +04 DEX, +09 STR and +08 BODY.

However, the Blood Avenger also has a Catastrophic Irrational Hatred of men and will go on a rampage any time she manages to break from the Fury’s control.

After May 1942, where the Blood Avenger form disappear, Fury’s stats are as follow :

All other stats are unchanged. 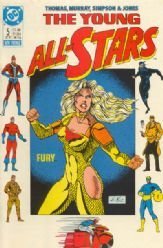 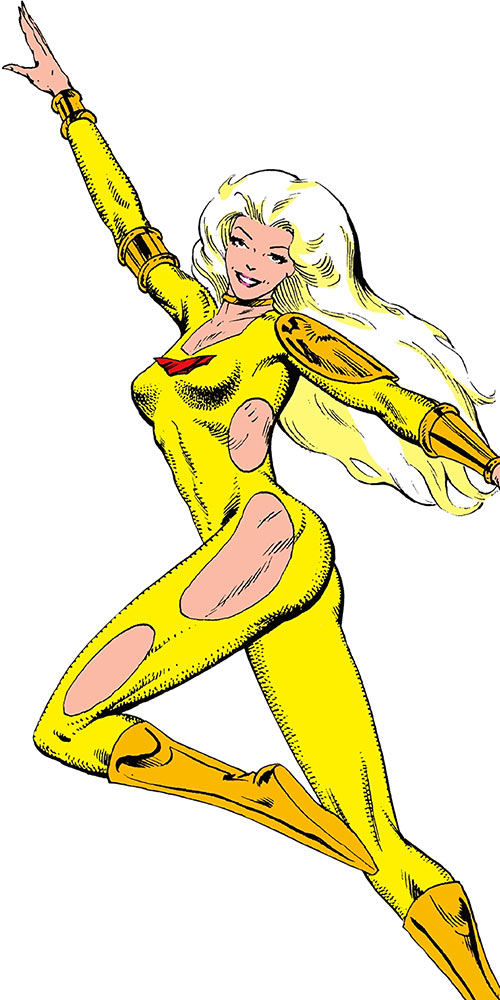