Gadget is a good gadgeteer . He also seems pretty smart.

Gadget was a weapons provider for Diamondback (Stryker). When Diamondback decided to kill Luke Cage, he turned to Gadget to have special knives made. Gadget produced :

However, Diamondback died during the fight. That happened when the explosive knife, lost in the commotion, landed blade-first near Stryker.

Gadget later worked for John Bushmaster. At this point it was revealed that, being a crafty bloke, Gadget had secretly videotaped Stryker planting drugs in Cage’s apartment, many years before.

This was intended as insurance for Gadget if Diamondback was to turn against him. But when he told Bushmaster the tapes were turned into a blackmail weapon. That led to an explosive confrontation between Cage and his allies, and Bushmaster and his forces.

Gadget tried to slip away with the tapes after the devastation occurred. But he was caught by Misty Knight. Held by Misty Knight’s strong arm and with her Colt Python pressed against his temple, Gadget “willingly” gave the tapes to Luke Cage to clear his name.

He seems rather quiet, really. And nerdy. But he’s proud of his work.

“These aren’t ordinary knives, man… wait’ll you see the kinds of modifications I made. Like the way the cartridge slips into this one’s handle.” 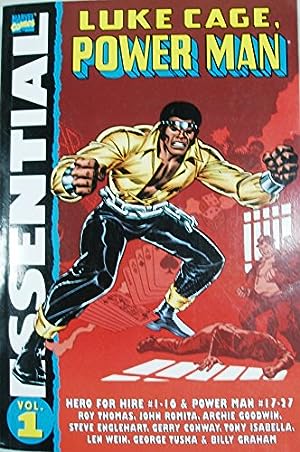 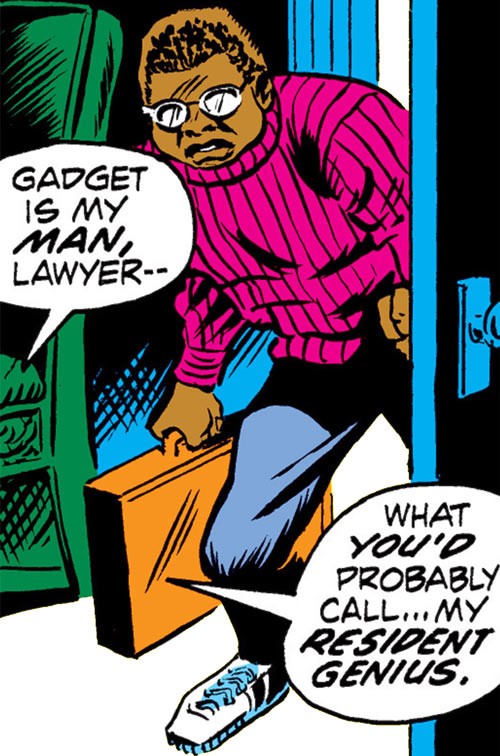 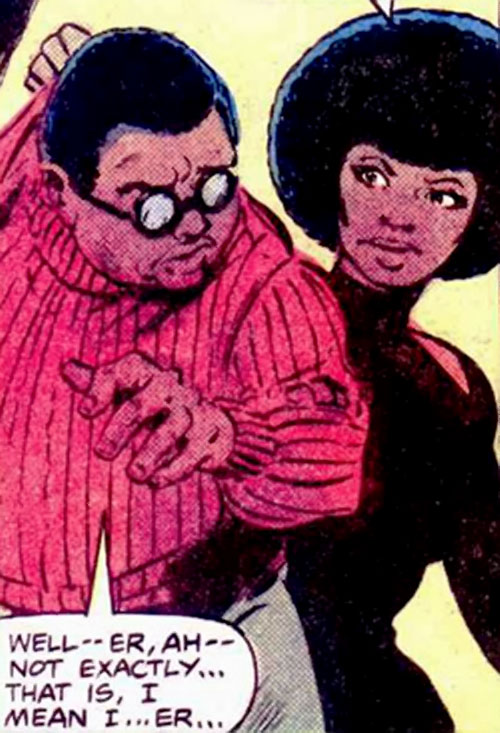