The Gael is a large, strong man with a formidable killer instinct.

Howbeit, his fighting skills are difficult to establish, since he was completely outmatched by Daredevil (Matt Murdock). Our game stats assume that he’s quite able to kill trained men with his bare hands and knows to handle all sorts of weaponry.

While the Gael has a fine knowledge of toxins, can use knives, and may know how to use guns and explosives, he prefers to kill with his hands. His mitts are extremely strong, and he can crush the throat of an adult in seconds.

He’s highly determined, quite smart and experienced, and is talented at obtaining information. But the latter often means leaving a trail of bodies as he kills off informants and witnesses.

While the Gael was originally “just” a skilled hitman, his second appearance had him portrayed as something closer to a cinematic slasher. There was a hint of superhuman tenacity, an horrific appearance and a great power over ordinary persons.

He was no harder to knock out than any strong, athletic man. But he :

If you want to have this character return, it is possible to prolong the curve and have him be even more of a monster. Perhaps O’Brien arranged to have him killed in prison (though it likely would take quite a few tries) but the Gael came back as a superhuman undead after the Chaos War .

“The Gael” is the nom de guerre of Paddy O’Hanlon, a former IRA  enforcer. He joined the terrorist organisation as a teenager, and killed his first man — a British corporal — at 16.

On this and further occasions, he realised that killing somebody with his own hands brought him an addictive, intense sensation of bliss and solace. The Gael slowly went off the rails, and eventually became a renegade.

The Gael eventually made a mistake – presumably killing somebody he wasn’t supposed to. The IRA thus realised that one of their own had gone rogue.

For a time they though that it was one Fergus O’Brien. But O’Brien realised that his old friend Paddy O’Hanlon was the culprit. Furthermore, O’Brien was the one person who knew that the dreaded Gael and O’Hanlon were the same person.

O’Brien sent his adult daughter Glorianna to the US for her own safety. He etched O’Hanlon’s name in Glori’s camera. Then he told her to take a look at it if it ever was necessary for her to know who the traitor was. O’Hanlon killed Mr. O’Fergus and came to New York City to track Glorianna down.

Upon learning of O’Fergus’s death, the IRA had two New York enforcers kidnap O’Brien for her own safety, but they were dispatched by the Gael. The Gael was about to kill Glorianna O’Brien when Daredevil stopped him. O’Hanlon was taken in by the NYPD.

For I left her there that morning broken-hearted

In prison, the Gael deliberately put his face in a pressing machine. This hideously disfigured him and tore up his shoulder. The cops rushed him to the hospital.

That was O’Hanlon’s plan. As the doctors started preparing him for surgery, he impossibly regained consciousness. Seemingly unhindered by the massive shock and pain, he killed a doctor, two cops and a nurse then escaped.

Continuing to operate without any apparent need for intensive medical care, the Gael staked out an IRA-owned hotel. This is how he learned how to contact the Old Woman of Beare, an IRA operative running an underground railroad back to Ireland. O’Hanlon intended to secure his exfiltration, kill the Old Woman, kill Gorianna O’Brien, then leave the US.

He lucked out, discovering that O’Brien and the Old Woman were one and the same. He couldn’t kill her right away, however, since Daredevil was hot on his trail.

Using O’Brien’s Old Woman disguise, he murdered the patrons of an IRA pub to set up an ambush for Daredevil. However, the red-clad vigilante smelled the poison in the beer, took down O’Hanlon and rescued O’Brien.

Though Daredevil had clobbered him with a heavy pub chair, the Gael recovered consciousness and fled the scene. He decided to leave the country and made new arrangements.

Our fortunes to be making we were thinkin’

However, at the airport, he experienced both tremendously good and bad luck.

The good luck was that he ran right into Glorianna O’Brien. She was also fleeing after her full IRA activities had been discovered by her lover Matt Murdock. The bad luck was that as he was about to kill her in a broom closet, the Cossack made everyone at the airport blind.

O’Hanlon fumbled around for a while trying to find O’Brien, but was arrested by Daredevil who had just defeated the Cossack.

The Gael hasn’t been seen since.

I prolly shouldn’t have used this song for the subheadings, now it’s gonna be in me head all week again.

Available on Amazon , but CD only.

A slick, cruel, psychotic serial killer. The Gael enjoys nothing so much more than killing people by crushing their throat with his own two hands. He also seems to enjoy the power he has over others. He’s crafty and has a remarkable ability to find the information he needs.

But though he seems able to fly rings around most other enforcers, he can’t go against a super-hero.

“I thank ye for the information ye’ve so kindly given, boyo…” (strangles the man he was interrogating)

(Preparing to kill someone) “The next few seconds, you won’t be bored an’ that I’ll promise on me mother’s grave.”

Bonuses and Limitations:
Gadgetry is limited to toxins.

Drawbacks:
Secret Identity, Misc.: Thick brogue (or at least the comic book version thereof), Misc.: The Gael appears to have a murder addiction. After he’s disfigured, he acquires a Distinct Appearance.

Source of Character: Daredevil v1 in the mid-1980s. 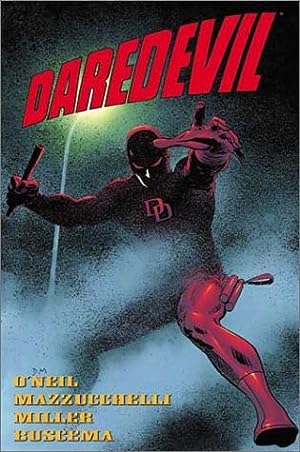 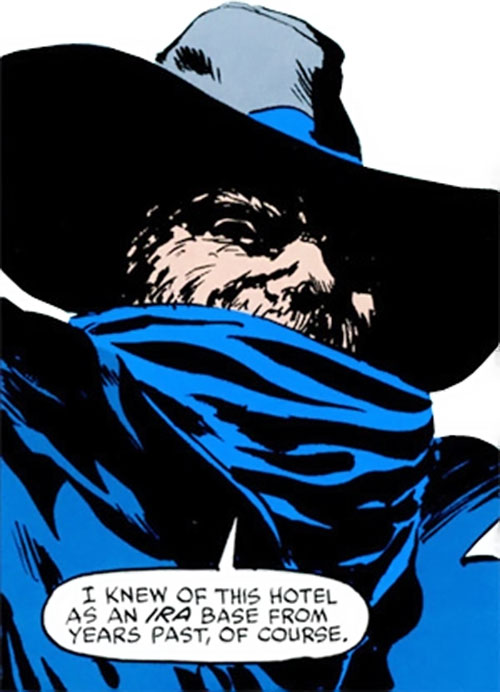 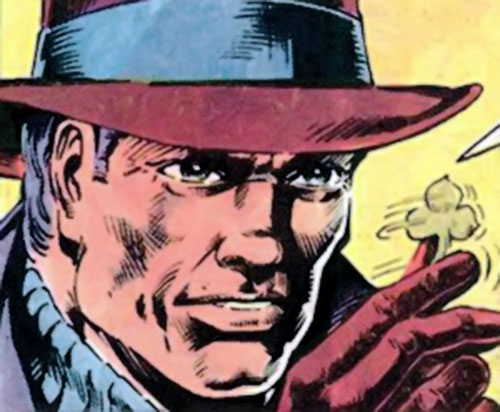