(As often on writeups.org, this section reframes Gaige’s abilities so they make sense outside of video game logic. It also assumes a typical Ordered Chaos/Best Friends Forever build, though there’s about four standard builds for Gaige.)

Gaige is a technological genius who has taken several levels in the Mad Scientist prestige class. Her specialities are robotics, cybernetics, and high energy shields and weapon systems.

Despite her youth she has already developed an arsenal of inventions. And they all have clear combat applications – making Gaige a one-girl fighting force.

Her main inventions are :

Gaige’s typical main gun is a Jakobs brand coach gun. It is an over-under or side-by-side shotgun of a very robust make favouring sheer power.

Though it’s twin-barrelled, Gaige’s hands are too small to load two of its big shells at once. So it’s effectively one-barrelled. But then it can be hinged open and reloaded very quickly. This is a close-quarter weapon with a low effective range, due to the video game-style buckshot dispersion.

In her hands it has but a marginally longer range than her shotgun due to lack of accuracy. But it gives her two different ammunition pools to draw from and digistruct. 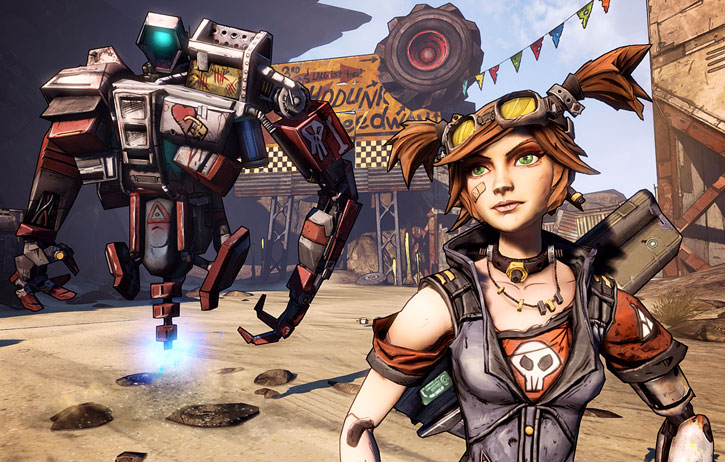 Since her guns are difficult to use outside of close quarters, Gaige will often :

Special-purpose ordnance will include big-arse grenades and a rocket launcher for those situations were lots of indiscriminate damage are needed right now. Gaige isn’t trained to use any of those, but who cares ? The point is just to get some freakin’ big explosions. Whatever.

Deathtrap (formerly “Project DT” or “Mechanised Anti-Bully DeTerrent”, formerly D374-TP) is a digistructable killer robot. “Digistructable” since it can be assembled from thin air in fractions of a second ; “killer” since it, like, kills stuff.

The systems and batteries to digistruct and manage the robot are in Gaige’s cyber-arm.

Deathtrap is legless humanoid. It floats off the ground, and can move around very quickly and make big leaps to reach its targets. Deathrap is well-armoured, and can generate large energy claws from its hands.

If it cannot melee a target (usually because it is flying), D374-TP will fire its lightning projector instead. The attack is less powerful but it practically never misses.

Gaige is working on allowing Deathtrap to throw the horns (and presumably headbang). Up the irons ! .

This short official video presents all of Gaige’s possible abilities, though the electrical ones are not used in the build described in this profile.

Gaige is from the planet Eden 5. Her father (or perhaps both her parents) was an inventor, and Gaige turned out to be a prodigy at engineering. Even as a teen, she could invent, program and build an artificially intelligent robot with much more firepower than common commercial robots. And AWESOME energy claws. And skull decals .

With the encouragements of her ridiculously supportive dad, Gaige entered a planetwide school science fair competition. She brought both her combat tech prototypes and a brand new project, a sort of bodyguard robot to deter bullies.

Very excited about her robot project, Gaige hacked off her own left arm to replace it with a cyber-arm she built. The arm could conveniently hold and power all the robot’s support systems.

Her archrival Marcie entered the competition. Though she was significantly less gifted she was much, much richer than Gaige. When that proved insufficient, Marcie stole Gaige’s anti-bullying designs and turned them into a boring corporate secbot proposal. Without AWESOME energy claws or skull decals.

Gaige went ballistic. She rebuilt her bully deterrence robot into a death machine she called Deathtrap. Presumably because of her mad scientist instincts. Whatever.

Gaige was quite successful during the fair, and the most likely winner. However, she was given but a measly third place. According to Gaige, Marcie had bought the judges panel.

A fight erupted after the results were announced, and Gaige’s rival shoved her. The nearby Deathtrap robot intervened based on his anti-bully programming – but using the newly-installed weapons.

Gaige was arrested for the manslaughter and resultant chaos. She would obviously have the book thrown at her for killing the child of a highly-placed corporate executive. Her only chance was in escaping, and her father arranged for a diversion that allowed Gaige to flee Eden 5.

The big news in the tech world were the eridium  mines that Hyperion had established on the planet Pandora. This new element could be used for some revolutionary weapon designs (and presumably other things but heh, *guns*. So, whatever.).

Pandora was also known for its lack of corporate authority. It was generally lawless and in-between Atlas Corporation and Hyperion Corporation control.

On one hand, the eridium rush on Pandora, and the erroneous rumours that a new vault full of alien technology had been found, attracted many other adventurers. This helped Gaige avoid detection after she landed.

On the cyber-hand, Hyperion was determined to destroy anything interfering with its efforts. Thus, ruthlessly sociopathic Hyperion CEO Handsome Jack had most would-be Vault Hunters murdered. With her keen interest in eridium tech, Gaige ended up being on the list.

Hyperion forces killed the bulk of wannabe Vault Hunters without much of a problem. But a half-dozen hardarses proved way harder to kill – including Gaige.

To get rid of those, Handsome Jack set up a devious trap. He lured them aboard a train which then exploded in the glacial Windshear Wastes.

It didn’t work either. But Handsome Jack had other plans — not to mention a pony made of diamonds.

Gaige runs around in what was apparently her school uniform. It includes a red T-shirt and red skirt, with a fitted leather jacket thrown on top plus tights with big horizontal stripes.

It’s now damaged. Furthermore, Gaige has made some alterations such as drawing a death’s head on the front of the T-shirt to look more metal, or slicing open one side of the skirt. She wears shorts underneath, obvs.

With modern technology, she can easily change the colour of her eyes, hair and clothing to whatever looks more metal.

Gaige speaks with a nasal, high-pitched, rapid, highly excitable voice. She sounds more or less like a mouse on cocaine. But in an adorable — if deranged — way. She is voiced by Cherami Leigh .

Here are Gaige’s podcasts about how she arrived on Pandora. ESL  speakers, please note that she talks real quickly.

A mad scientist (well, engineer) who happens to be a teenage girl. Gaige is very proud of her tech, and consummately irresponsible and unreasonable in how she uses it. Like most characters in the setting, she is unempathic, her sanity is frayed, and she considers violence and slaughter to be more fun than a barrel full of monkeys.

Gaige is enthusiastic and very excitable. She speaks like a typical nerd on the Internet. For instance the word “awesome” constitutes an important percentage of her language, and she uses various video games references and Internet memes.

She also adores everything that is “metal” and/or “badass”, and has a certain punk-rock sensibility.

She’s a teenage anarchist. Though her understanding of these complex ideologies seems minimal and she’s more about yelling simple slogans, the post-cyberpunk world she lives in is so ridiculously authoritarian and dysfunctional that it’ll do.

Despite her denials, she loves hot cocoa.

“Don’t screw with a girl with a robot !”

(During a firefight) “This is getting AWESOME ! God damn, I’m so hardcore !” (realises that she hasn’t actually hit anybody) “My hit-to-miss ratio is sadness.”

“The completionist in me is like…” (singing crescendo to a falsetto) “…yeeeaaaaaahhhh !”

“I have mathematically determined that this is going to be AWESOME !”

Bonuses and Limitations:
Dimensional Travel only for Travel, and represents digistruction. 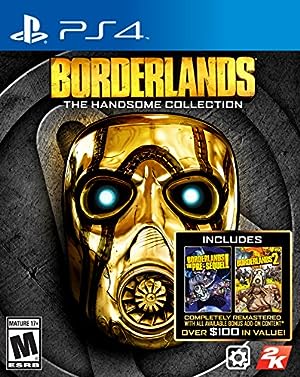 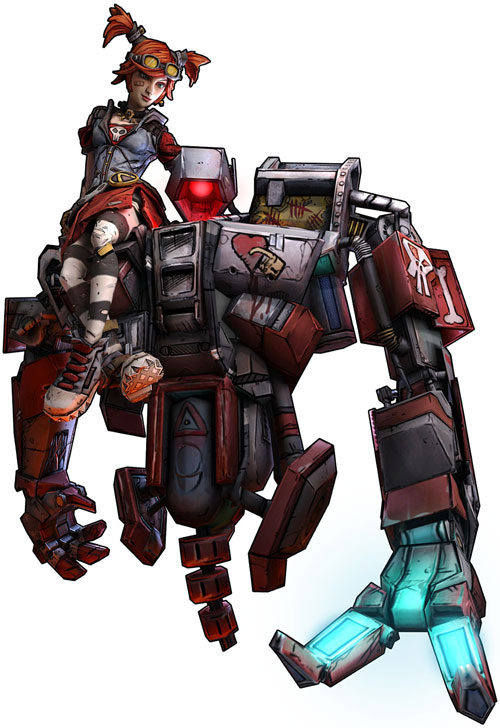 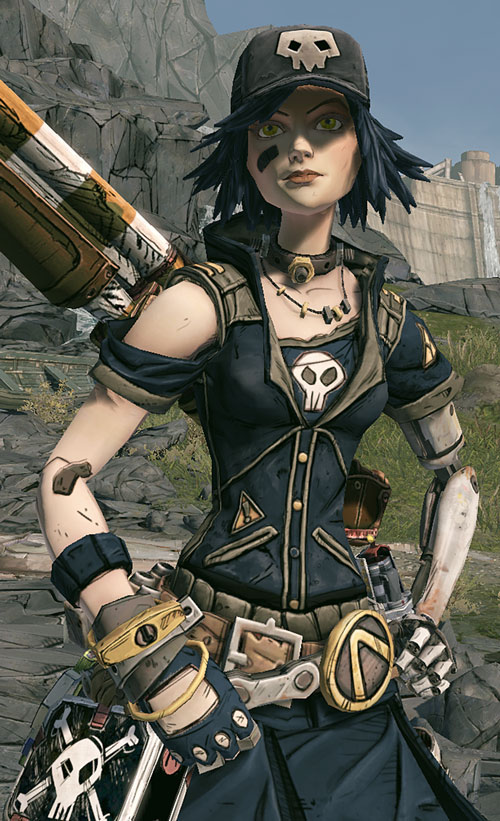