Mr. Fantastic – “Galactus’ ship defenses are likely to consider us much like pest.”
Iron Man – “So ? He gonna sic his cat on us or something ?”

This robot appeared during the original Secret Wars, a crossover event that brought great relief to Marvel Comics’ catastrophic finances.

While there isn’t much to say about it, it’s a fine example of an extremely powerful combat robot.

The “Cat” is a highly advanced robot. It can take most supergroups single-handedly and win.

Aside from its strength, size, speed and durability, it can belch a yellow paralyzing foam. This foam can take out even the likes of Thor.

Galactus’ worldship, Taa II, is vast. In fact, it is so impossibly huge that it needs specialized maintenance and defense system.

Galactus’ Cat is one of these. It is mostly intended to chase off vermin that has boarded Taa II. Such as super-heroes, avengers from races destroyed by Galactus, pirate hordes, interstellar armies, etc.. Galactus might also sic it at something annoying him. 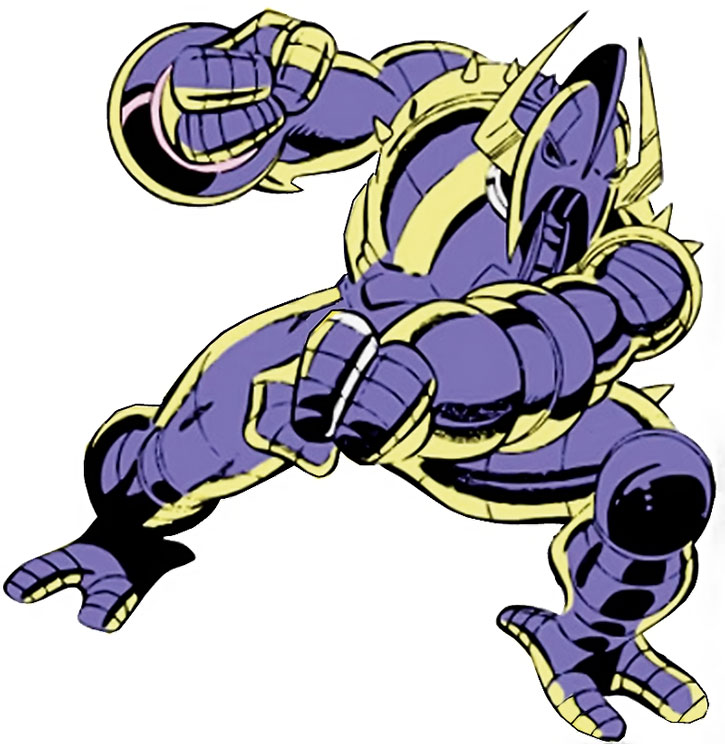 During the first Secret Wars, Galactus sent the “cat” down to deal with several heroes trying to prevent him from devouring Battle World. It attacked and sent the Hulk flying, grabbed She-Hulk in its hand, and paralyzed at least four other heroes.

Eventually, the Thing grabbed the robot’s arms behind its back. Mr. Grimm held it long enough for the Human Torch to scorch the robot’s insides, rendering it inert.

A big, shiny, aggressive-looking robot that has nothing feline about it. It is a stubby humanoid with three toes (including an opposable) on its hands and feet.

The Cat is just a robot. It doesn’t speak.

Well, you always need an ultra-powerful guardian robot from an impossibly advanced civilization, right ? Galactus’ “Cat” fits the bill nicely. Just fill off the serial number and watch the PCs Team Attack like there’s no tomorrow.

For instance, it could have been created by the Controllers. They seem to like cat people. 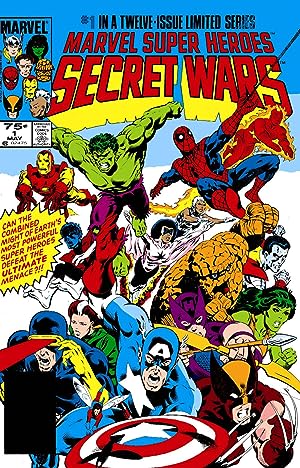 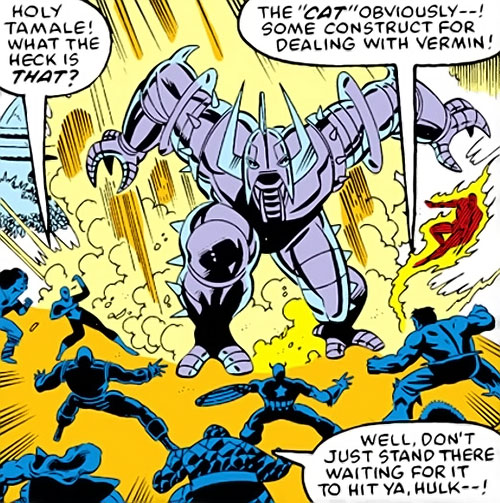 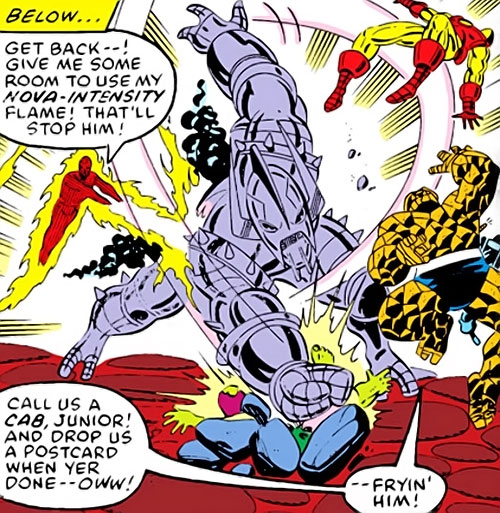