The Garbageman is a superhumanly strong and tough monster, able to lift five tons and withstand smallarm fire without suffering significant wounds.

He is able to telekinetically animate masses of garbage into the shape of serpents, dragons, etc.. This telekinetic power also apparently reinforce and repair his truck, keeping it functional despite abuse.

Sam Baker was a professional garbage man who always worried about hauling toxic wastes without knowing it. One day, his fears came true. Although it is unclear what ended up in his truck, it brutally warped him into an inhuman monster and warped his mind to evil.

The Garbageman is now a rampaging menace. 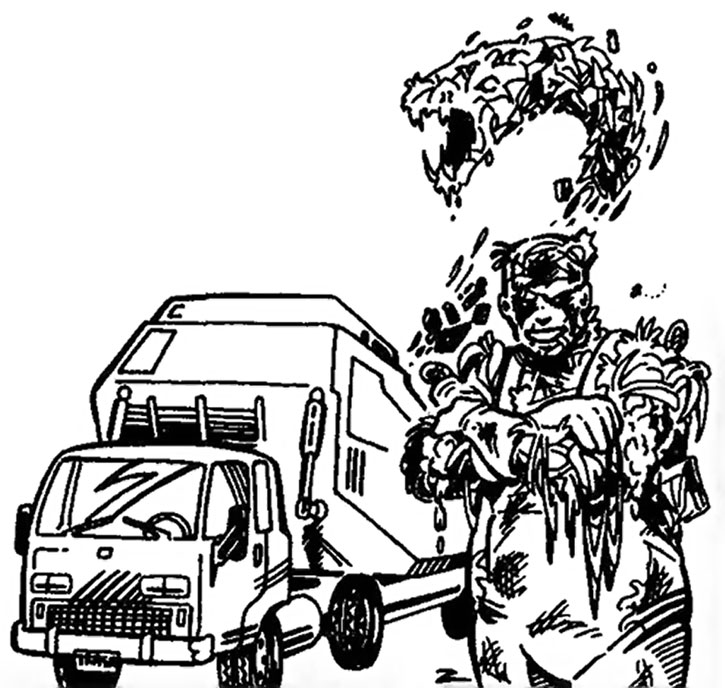 Sure. He sounds vaguely like a Young Justice villain anyway (the 2000s comics book). 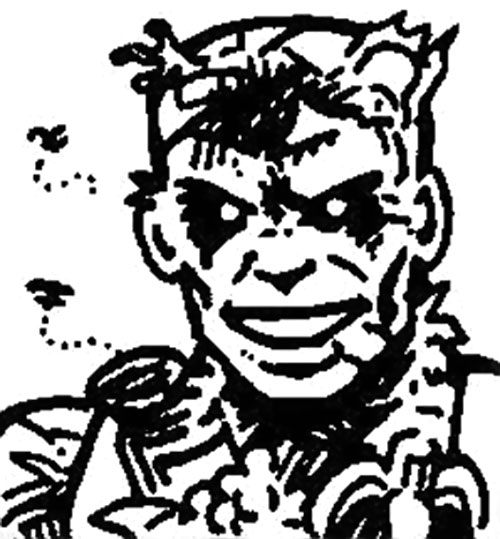