The Gargoyle had either genius-level or superhuman intelligence. Unlike many super-intelligent fellows, he wasn’t limited to scientific matters. For instance his powerful, fast mind excelled at intelligence duties.

Had he been truly loyal to the State, the USSR may had endured much further.

The fearsome Gargoyle was apparently one of the most brilliant scientists in USSR. While being forced to conduct atomic tests, he was caught in radiation. From this exposure resulted both a deformed appearance and enhanced intelligence.

The Gargoyle went on to become the best scientist of the country, as well as an important official in the KGB. He even had a son, who inherited his mutations and became known as the Gremlin.

One of the Gargoyle’s numerous spies, Igor Starsky, closely monitored young doctor Banner during his work on gamma bombs. Starsky thus witnessed Banner’s transformation into the Hulk. This caught the interest of the Gargoyle. Soon, Topolov personally abducted Banner and the young Rick Jones in the US.

The Gargoyle found an ally in Banner. The American was willing to help him become human again, even at the possible cost of his genius. The collaboration between Banner and the Gargoyle was fruitful, and the Gargoyle became fully human once more.

However, his next desire was to avenge himself on his superiors. Topolov apparently committed suicide in order to blow his whole base up.

Subsequent alleged appearances by the Gargoyle were just pieces of fiction created by Bereet. However, the discovery of an abandoned base of his near the Caribbean by Ulysses Bloodstone casts a small doubt over this. Topolov *may* have been active after his reported death.

On the other hand, that may just have been en error in dates due to a confusion spawned by the Bereet’s productions.

The Gargoyle was so terrible-looking that his shiftless, Godless Red Communist toadies were afraid to meet him face-to-face. Ah !

The Gargoyle was (is ?) extremely intelligent, observant and confident. He had contempt for all those around him as they were petrified by his personal and political power. Thus, Topolov preferred to handle delicate masters himself.

In the field, he brought the spare minimum gear, confident in his superior plans. And he *did* fell the Hulk in three panels and one dart.

Whenever he allowed himself to think about his countenance and condition, the Gargoyle was prone to sink into depressive, crying fits. He would then rave about how he would give anything to be normal.

When Banner turned him into a man again, he was full of maniacal hatred for the Soviet Union’s leader and everything he stood for.

“Attention ! This is the Gargoyle ! Prepare a rocket-firing sub for immediate departure ! That is all !”

“The Gargoyle did not journey these many miles just to kill you, fool ! This is a different kind of gun ! This weapon shoots a pellet of my own invention ! Observe ! The instant it strikes you, it saps your will – making you my slave !”

“How easy it is for the Gargoyle to be victorious !”

In the DCU, he could replace Zastrow as the leader of the Red Shadows, making that branch of KGB even more formidable. He also might have been involved in the theft of nuclear technology/Rosenbergs trial case.

The only weapon he was seen to use was his custom Flechette Pistol [BODY 04, Control: 12, Range: 03, Ammo: 06, Limitations : Control has neither range nor AV – use Weaponry (firearms) for AV and the listed Range for range]. 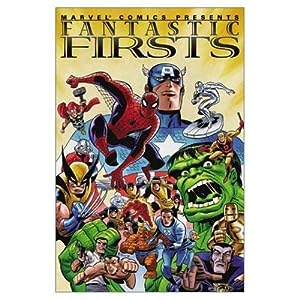 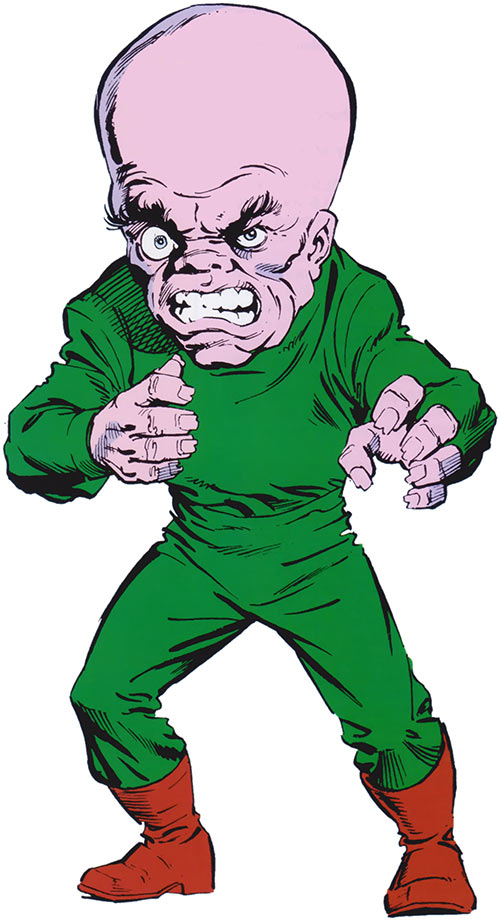 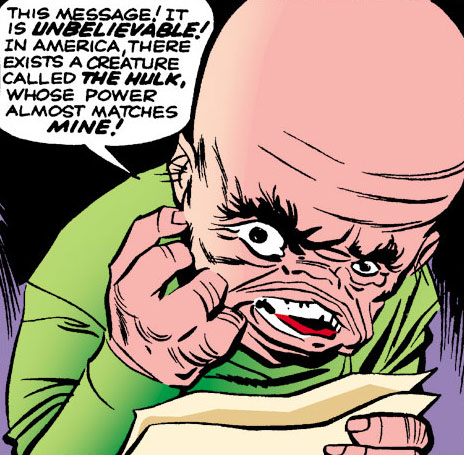 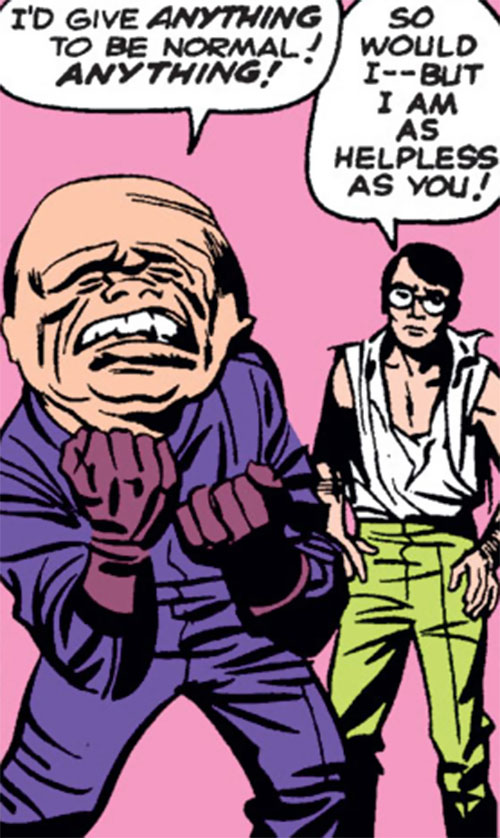 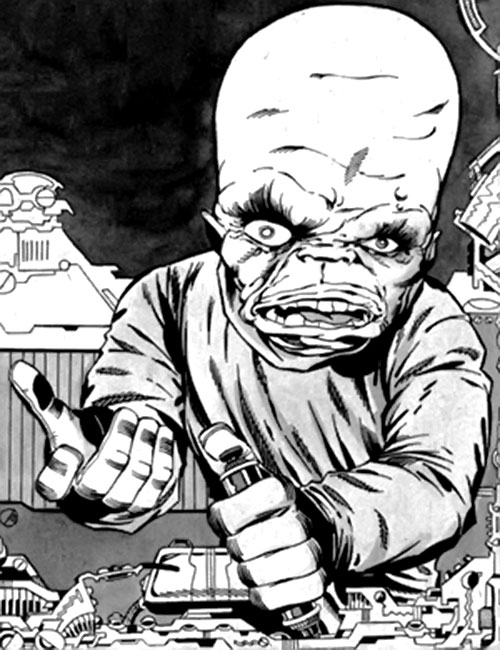