The Gargoyle is a demon. He is much more dangerous than Mister Twister ever was.

Soon after his defeat as Mister Twister, Stikk was pulled into Limbo by the Antithesis. This is how he was transformed into the Gargoyle.

In this new form, Stikk was used as the Antithesis’ tool of revenge against the Teen Titans. He especially targeted Robin, whose consciousness he attacked. The Gargoyle battled the Titans twice, before being thrown back in Limbo with its master.

A few years later, the Gargoyle again attacked Dick Grayson, this time through his dreams. He tried to condemn Dick’s actions as leader of the various Titans teams through the years. The Gargoyle was unsuccessful in breaking Dick’s spirit.

The Gargoyle has appeared again since, in the current (2000) Titans series.

As the Gargoyle, Stikk is ruthless in his quest to eliminate the Teen Titans. He can often be heard proclaiming his own name and using pseudo-Shakespearian language.

The Gargoyle laughs when the Fab Foursome is down but not out. 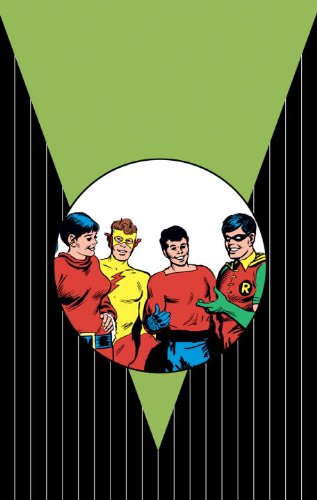