Gate can open breaches in space, and levitate.

He does not take a direct role in fights, but is liable to use tricks. Such as dropping a bomb into the heroes’ vehicle, sabotaging a huge overhead chandelier so it crashes on them, teleporting in with a big gun to take an hostage or eliminate a non-combat target, etc.

While he’s not directly powerful, he’s an excellent asset for Quattro. He allows them to be much more efficient than they otherwise would be.

Gate works for one of the two ultra groups operating for Rex Mundi in the absence of NM-E.

He and the rest of Quattro were involved in very bloody thefts of nuclear weapons in former CCCP military bases. And in the attempt to stop Regina’s forces on the moon during Break-Thru.

Gate is older than the rest of the group, and has little tolerance for unprofessional behaviour.

He’s so sharp as to be almost snide, and acts as a leader for Quattro.

“Enough with the conversation. Where’s the product ?”

Quattro is a good example of a small, mid-powered superhuman strike team. It could serve almost any master.

Note:
Charisma for those campaign with Unskilled Character Interaction rules 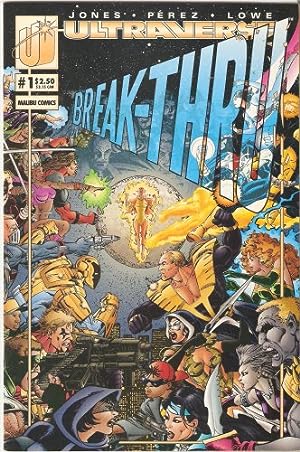