Gained from an unknown source, Gates’ mutant teleportation powers allow him to teleport himself and others up to 60 miles.

Ti’julk Mr’asz had always viewed his power to create circular teleportational “gates” as a tool to use in protecting the weak from the powerful.

He was openly suspicious of authority figures and their motives. Therefore, he was unhappy when his government drafted him to serve in the United Planets-run Legion of Super-Heroes. He dismissed it as a state-sponsored paramilitary organization. Thus, Mr’asz refused to come along when Legionnaires Leviathan and Chameleon came to pick him up.

His conscientious objections didn’t hold out against his government’s orders for too much longer. Thus, shortly after the Legion’s fight with Chronos, he joined. Despite his wishes, the Vyrgan government ordered him to stay even after the Legion draft was abolished. Vyrgan higher-ups enjoyed the prestige of having a native in the Legion.

Down with the kyriarchy!

When the Emerald Eye of Ekron took over the Legion, Gates’ independent mind proved too much for it to assimilate. He was flung back to the 20th century when the Eye responded to a command to turn back time.

In the past, Gates learned a hard lesson about respecting people’s beliefs and wishes. That came when he and Ultra Boy nearly came to blows over a group of homeless people living in Metropolis tunnels.

After investigating the Fires of Creation, Gates’ personality was altered. He is now a kinder, gentler Gates, and much more amiable.

Gates is a small, furry, dark blue insectoid. He has no legs, only a long, tail-like structure with dozens of tiny legs to move himself.

His arms are long and spindly, with lobster-like pincers for hands. He has large, green eyes and a beak instead of a mouth and nose.

Gates was originally a loud, opinionated individual. He professed his distaste for being drafted into the Legion any chance he had, which was frequently. Gates believed in Socialism, and always looked for any chance to “free the minds of the oppressed.”

Since his experience with the Fires of Creation, Gates has mellowed considerably. Though he still strongly believes in his views, he refrains from voicing them every time he opens his mouth. Gates is much more friendly and easy to get along with.

Bonuses and Limitations:
May Teleport targets in normal range. 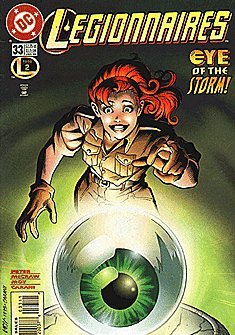 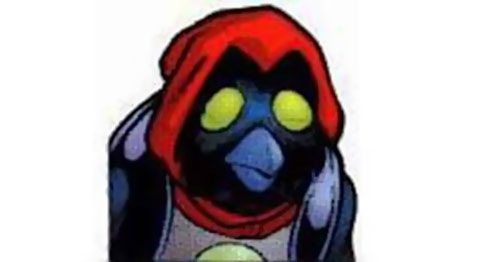