Gattling wears a large suit of power armour . This suit is actually quite dangerous – while it is not very powerful in itself, its jet pack make it very mobile and its cloaking field (in DC Heroes RPG terms, Invisibility) allows the wearer to be a formidable ambusher and assassin.

The suit has specially enhanced arms to support an impressive array of four multiple-barrelled machineguns, apparently chambered in 5.56mm (that’s .203). While, at first glance, it seems that this weapon system would saturate a huge area with gunfire and be nearly impossible to dodge, it behaves much like standard machinegun fire in comic books.

Gattling was a minor, heavily-armed mercenary.

He was hired as an assassin in a “turf war” between two televangelists. However, the targeted preacher turned his considerable wealth toward buying protection from Silver Sable International.

Gattling’s first attempt was foiled by a newly-assembled SSI elite squad, but he managed to flee the scene. Two Wild Pack men were killed. During his second attempt, the assassin was thwarted and taken down by Silver Sable and Battlestar.

Gattling is obviously ex-military, wearing a green muscle shirt and a crewcut. He has a huge brow.

Some of the Skills are “generic elite infantry” Skills and were not demonstrated in the material. 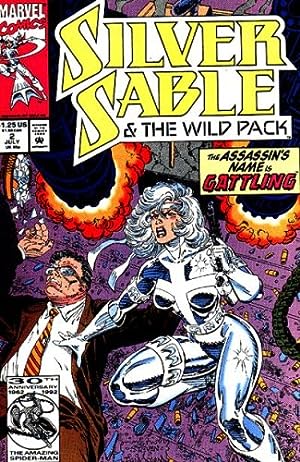 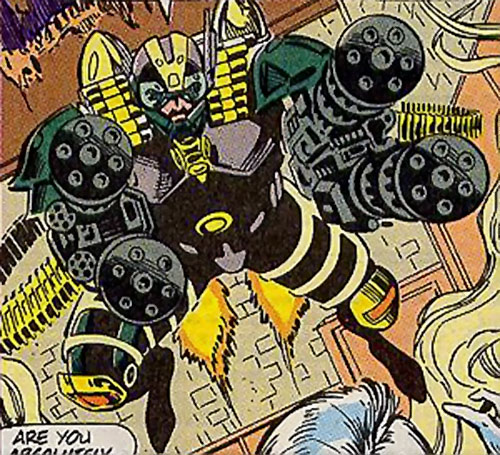 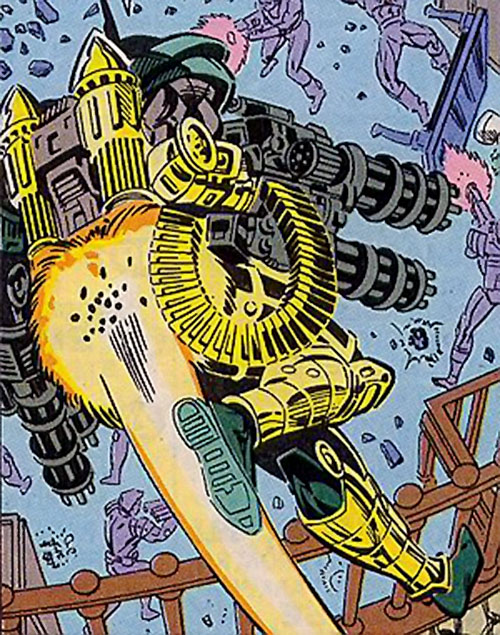 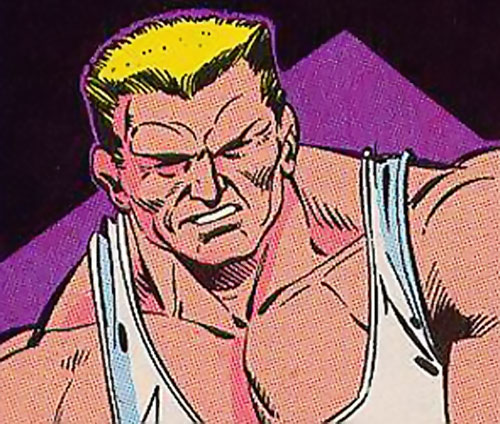