This SWAT unit, led by a police officer named Gault, was APD Commissioner Anderson’s pet team. It was sent to address problems the commissioner had a personal interest in solving. They delivered a high degree of violence and automatic firepower. It was essentially a personal death squad, acting with almost complete impunity.

When the vigilante X became a major problem for many factions within Arcadia, Anderson sent Gault’s team after him. They located him when X assassinated a Congress candidate. But they couldn’t intercept him and had to chase him in the sewers.

X led them to the current lair of the Monster and easily escaped in the ensuing confusion. The Monster left unscathed, even though Gault did not hesitate to have his men open fire on it with a rocket launcher. 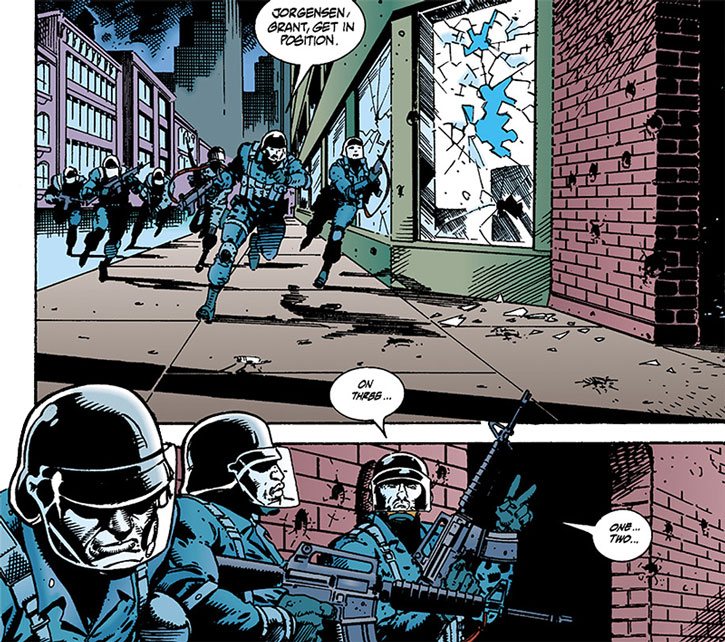 Despite this encounter, Gault and his men managed to find X again. But one of the few honest cops had called in another tactical team, the Pit Bulls. The Pit Bulls were meleeing X to capture him when the SWAT unit came in and attempted to arrest everyone. Gault’s aggression triggered the Pitbulls’s dog-like attack instinct. They mauled Gault and his men as X escaped.

The SWAT team recovered. They learned that X had entered a nearby waterfront building. It was a trap – the building had been laced with explosives. When Gault and his men entered it blew up and collapsed on them.

However, the severely wounded survivors were turned into cyborgs.

The Gault SWAT behave like a group of elite, gung-ho soldiers in a foreign, hostile country. They have nothing but contempt for the rest of the force, and that is a two-way street. The less said about their relationship with civilians, the better. 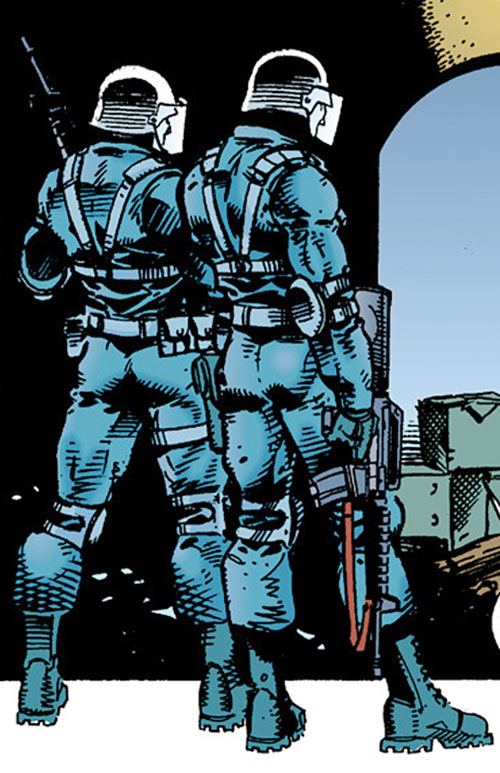