Gearhead is an unusual cyborg. He and his car are one. He seems to have lost his legs, his arms have been replaced by artificial ones, and the rest of his body is weak and withered. But it is prolonged by a heavily tricked out, armoured sports car.

Furthermore, the car can deploy :

The body of the car can be explosively jettisoned, usually to escape after having been trapped. But in DC Heroes RPG terms, that sacrifices the Sealed Systems and Shade Powers.

Even after the body has been ejected, getting to Gearhead is pretty hard – the robot arms always get in the way of shots and attempts to reach him. In DC Heroes RPG terms he keeps his DEX, STR and BODY even though his meat body looks exposed.

Nathan Finch lost his limbs to frostbite. But he went bionic in a big way — his head and torso are now part of a special car. 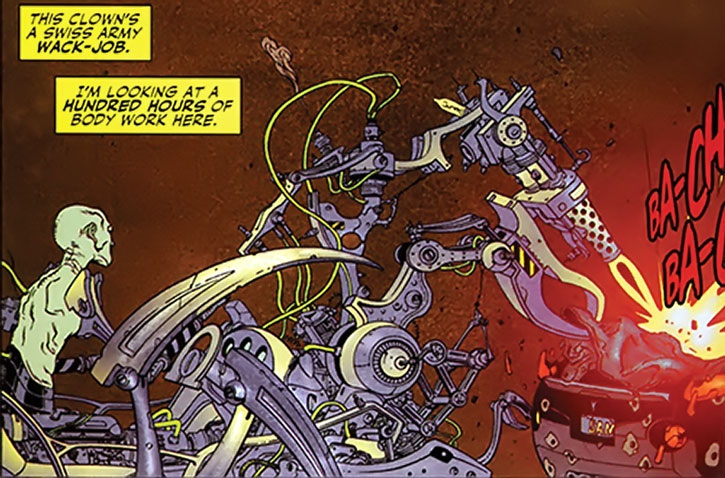 This version of Gearhead works as a mercenary and hitman on the East Coast. And perhaps beyond.

Gearhead was hired to kill Diego “Rush” Zhao. But when he realised that Rush was looking for a bomb that could blow New York City up, he ditched the contract and focused on getting the bomb. He was thwarted by Rush and Black Canary.

His car and one of his arms were destroyed in the fracas. However, Gearhead managed to crawl away in the confusion. 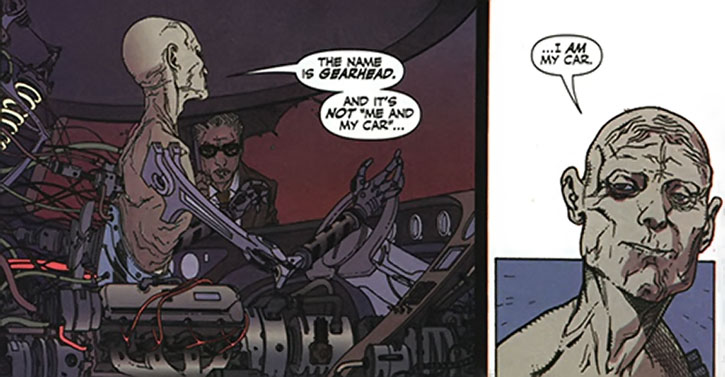 Gearhead is a creepy killer. He seems to be insane and sociopathic. We assumed that he intended to blow New York up (in DC Heroes RPG terms, Nihilist Motivation), but he might have been intending to conduct blackmail instead.

He tends to make little “hee !” noises whenever he’s excited, making him sound even creepier.

“Let’s get this straight from the start, Bellingham. The name is Gearhead. And it’s not ’me and my car‘. I am the car.” 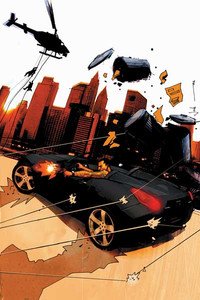 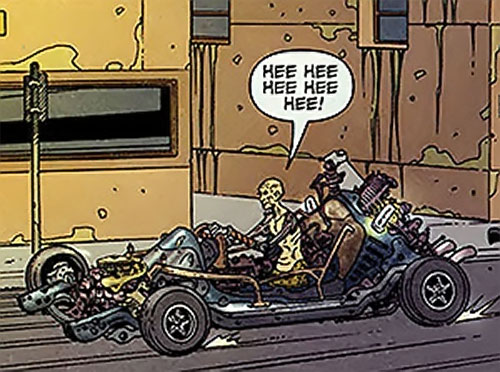