This profile is meant to be read after our Power Pack team profile .

Alex Power can alter the effects of gravity on himself and anything that he touches. He does so through the generation of gravitons and anti-gravitons.

The upper limits of his power are currently unknown, but:

Like all members of the Power Pack, Alex’s body heals itself at a highly increased rate. He can fully recover from broken bones or sickness within days. With concentration, Alex can increase his rate of healing exponentially.

Alex wears a special uniform (created by the smart-ship Friday), which is stored “Elsewhere” until he commands it to materialize.

The costume also has pockets which are actually apertures into an adjacent dimensionOther realms of existence that are not our universe. Alex can store and retrieve objects from the pockets which clearly should not be able to fit within them. The maximum carry capacity of the “magic” pockets is currently unknown. 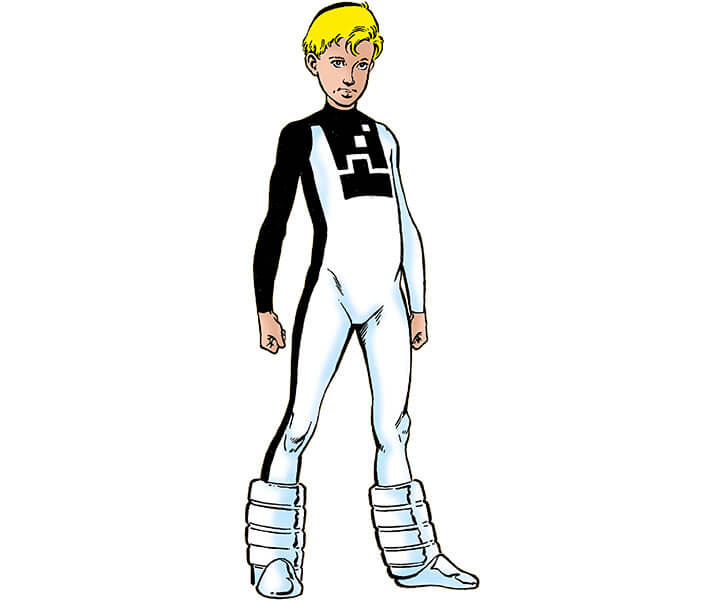 Alex is a fairly typical looking tween. He is of average height and build.

His blonde hair is short with a slight tuft in the front. Like all of the power siblings, Alex has bright blue eyes and freckles.

(Though looking at stats the Powers kid might be tall for their age.)

Alex’s costume is a stark white unitard that covers him from neck to boot.

The right sleeve of the unitard is pitch black. The same holds for a stripe that runs down the right side of his body and a square patch that runs from his neck to the middle of his torso.

Within the centre of the black patch on his chest, is a line diagram of the ground and a pair of square objects suspended above it.

A pair of silver ridged boots complete his costume. The boots are reminiscent of those an astronaut may wear.

When Gee uses his powers in costume, the main body of the costume shifts to match the colour of the rectangles on his forearms and legs. 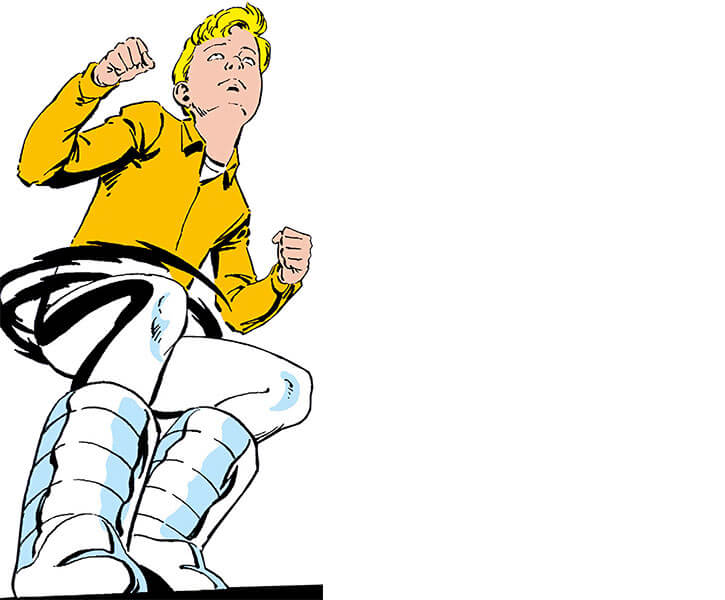 Alex is the oldest Power sibling, and as such has been forced to accept a greater amount of responsibility than his younger peers.

He shoulders that responsibility with a great deal more maturity than one would expect of a youth his age. But like many other tween boys, is still prone to bouts of bravado, immaturity and thoughtless behaviour.

Alex has a true sense of heroism within him, and often drives his siblings to action. He acts as the group’s de facto leader. When encountering other heroes throughout their adventures, Alex strived to be seen as a responsible and mature hero.

He was especially impressed by individuals like Spider-Man and Thor.

Alex has just recently discovered girls, and has an intense crush on one Allison. He speaks about her relentlessly to his other siblings, which generally annoys them to the point of arguments.

(When his siblings demand that they save their parents).
“Look, I want them back as much as you do… but we can’t ! They’re testing Dad’s anti-matter converter in about four hours. We’ve got to stop it, or it’ll destroy the world !”

Spider-Man: “Say… aren’t you sort of young to be a superhero ?”
Alex: “Well, actually, I’m the oldest ! My brother’s going on eight !”

“I still say I could’ve done a better report if I didn’t spend all my time talking to aliens and fighting villains.” 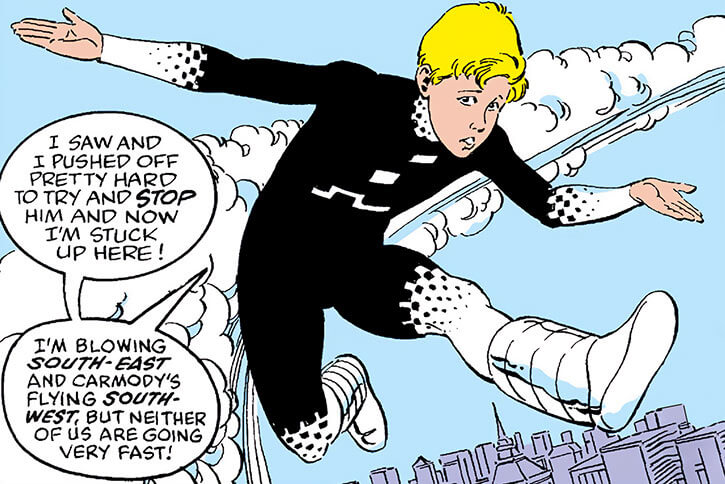 Alex and his siblings could be imported wholesale into the DC Universe where they would most likely be raised in Metropolis.

There they would end up encountering a myriad of superhuman beings, the foremost of whom would be Superman, of course. 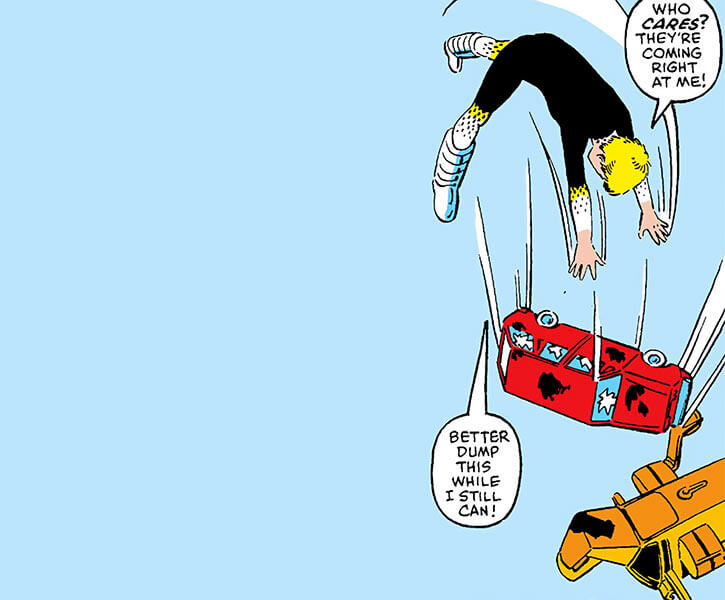