Geek is a hacking genius and inventor.

Weisenthal was caught hacking into the computer heart of IO, I-Core. When Black Ops moved in to seal the leak, it was decided to employ the talented young hacker, instead of terminating him.

As technical support for the team, Geek’s proven himself invaluable.

When Black Ops made contact with Crane, he found a pile of junk meant to be an IO combat mecha . He took upon himself to rebuilt it, and to use it to see some action along his teammates.

Geek is a young teenager. He’s the very model of the young technological genius, with glasses and everything.

Geek is fascinated by all the techno wonders IO, and later Department PSI, offers him.

He likes his teammates and the way they have adopted him.

Though a genius hacker, he wouldn’t use someone else’s hacking equipment, thinking it’s not cool. 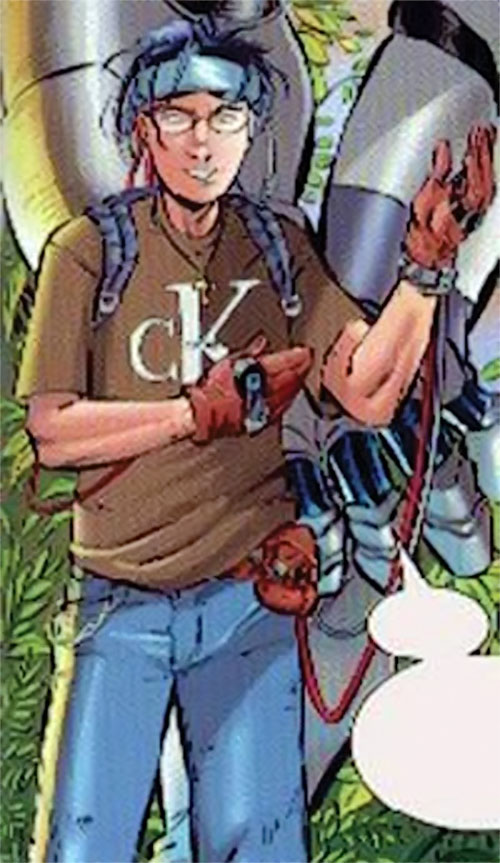