Gen is a legendary assassin in Honk Kong. His great skill is largely because of his talent for chi  manipulation.

He is the only Street Fighter character capable of being able to switch back and forth between two completely different fighting styles. These have completely different moves and powers. The powerful snake style focuses more on giving and taking damage as well as mobility. And the speedy mantis style uses deadly attacks designed to manipulate the chi of others.

Gen has reached a point of enlightenment in his life that allows him to “empty his soul”. As such, he is largely immune to magical attacks.

He’s also a skilled physician who specializes in Chinese holistic medicine. Perhaps this is to balance out all the killing he’s done.

Gen entered the Street Fighter 1 tournament to find worthy opponents. He never ran into Ryu and apparently lost to some other fighter.

Gen found out that he was dying from an incurable illness, namely leukemia. That was a horrible way for a true warrior to go! He went around beating up random Shadaloo members hoping that he’d find a warrior strong enough to kill him in a fight to the death. Gen wanted to die gloriously in battle and not while sick in bed.

Finally, he heard of a powerful warrior named Gouki, and went off to find him. 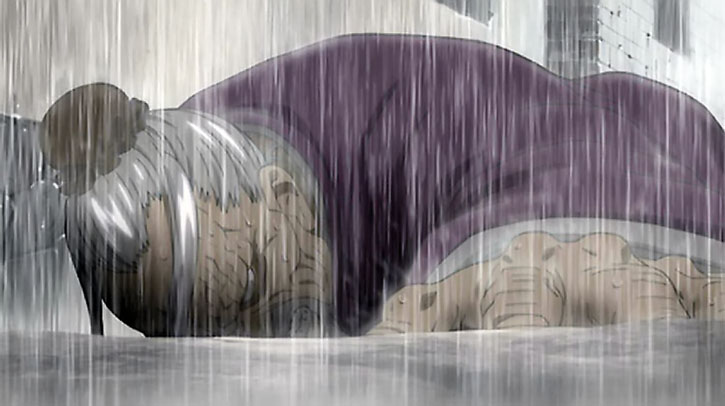 Gouki used the shungokusatsu (aka raging demon) on Gen, but Gen survived it. Gen then used his zanei on Gouki, but Gouki blocked it. As the battle went on, Gouki realized that Gen was sick and left. Neither man won the battle.

Gen survived the shungokusatsu because he emptied his spirit, heart and mind (which made him immune to pain from past sins).

Gen was insulted that Gouki left. He wanted to finish that death match. Gen continued to seek out Gouki for his death match in SFZ3. Most likely, he finally found Gouki, too.

Gen was supposed to have died off camera between events of SFZ3 and SF2 (either from his disease or by Gouki’s hand). How and why he is still alive and participating in SF4 and what his exact motivation is has yet to be revealed…

Gen is an elderly Chinese man in his 80s. His hair has gone a silvery gray and he sports a full beard.

While Gen did lead the life of a feared martial artist/assassin the fact that he will die of natural causes greatly disturbed him. Even though he did gain a certain amount of enlightenment during his life, dying in a sickbed seemed repulsive.

Essentially he’s a sick old man who lived of life of death and destruction and just had to go out in a blaze of glory.

Thug: “You’re the sage Gen known as ’Hong Kong’s fist demon.‘”
Gen: “…”
Thug: “What’s wrong ? You can’t even open your mouth shortly before you visit death ?”
Gen: “That’s the way, isn’t it ? Your mouth will likely ask nothing. You come to challenge me with just this mere show, do you ? Don’t say you’re shocked.” (Thud ! Gen instantly kills the thug with his index finger.)

Gen could be dropped in as is. Obviously he would be more suitable for a martial arts campaign. His ability to switch both styles could easily confuse players.

Alternatively he likely got his start as an assassin in the Warlord era of China. He could of course be also have been an evil assassin for the evil communist Chinese government during the Golden Age period. (Yes, he is actually that old.)

Drawbacks:
Age (old), CPR (Gen has fatal leukemia that is slowly killing him).

Animals I never saw, I with no voice

Adrenaline Surge: 03 is available still available for both styles.

Gen can easily switch between styles at anytime. Doing so is considered a free action. Other styles with other powers and variations are certainly possible. Gen is stated to have mastered no less than 8 styles of Kung Fu, but due to the limitations of the game engine he is only shown to use the above two styles. 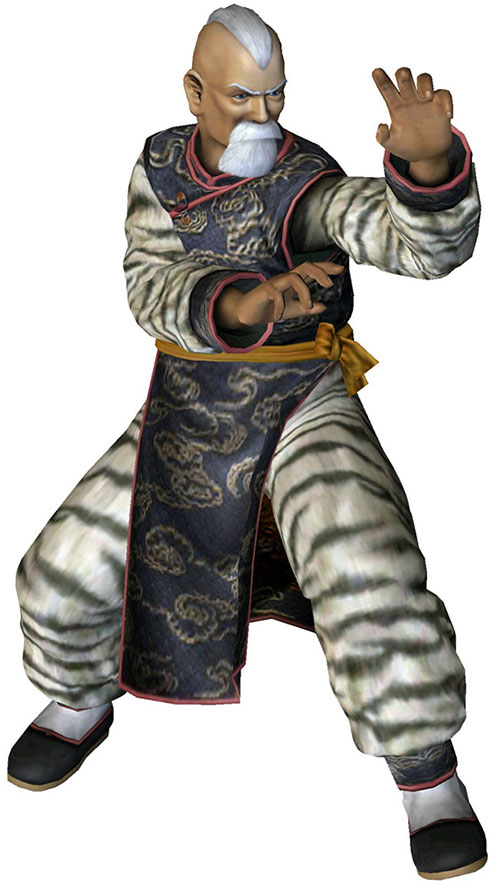 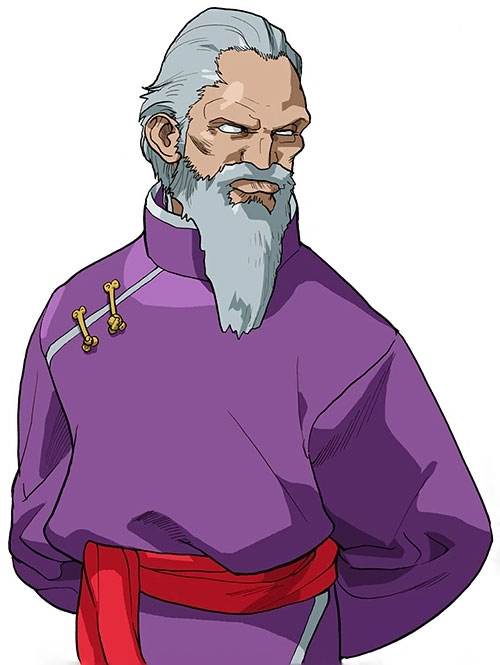