General Kael is the skull-helmed commander of Bavmorda’s Nockmaar army in the 1988 fantasy/adventure movie Willow.

A huge and powerful fighter in custom plate armor. He wields a vicious looking, serrated broadsword in battle.

His strength is incredible. He can knock out or kill warriors wearing heavy helms with a single punch.

A brutal and efficient leader on the battlefield. General Kael defeated the Galladoorn forces on multiple occasions. He even destroyed their capital, Galladoorn Castle.

A good horseman, General Kael is accompanied at any time by a company of mounted soldiers. The full might of Nockmaar is unrevealed but more than a few thousand soldiers. 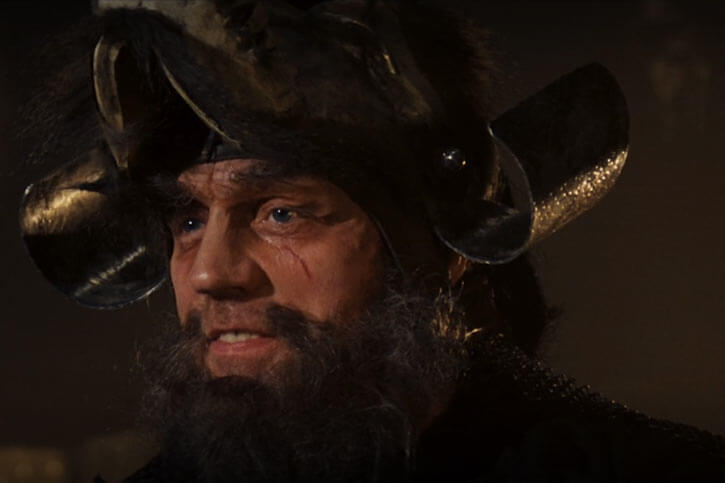 After defeating the bulk of Galladoorn’s army General Kael reported his success to Queen Bavmorda. Bavmorda commanded him to help her daughter Sorsha search for the child, Elora Danan.

Several days later, it was Sorsha who caught up with Madmartigan and Willow. She captured them and brought the child to General Kael’s camp.

Madmartigan and crew picked the lock on their cage, grabbed the child, and escaped down the mountain. Kael and Sorsha pursued them.

Catch me if you can

At the castle of Tir Asleen, Madmartigan put up a surprisingly effective defense of the ruined city.

General Kael saw Sorsha fighting his own soldiers and knew she had turned against them. He took Elora Danen himself and rode hard for Nockmaar.

Queen Bavmorda needed the child to prevent a prophecy. General Kael would protect his Queen against any threat. 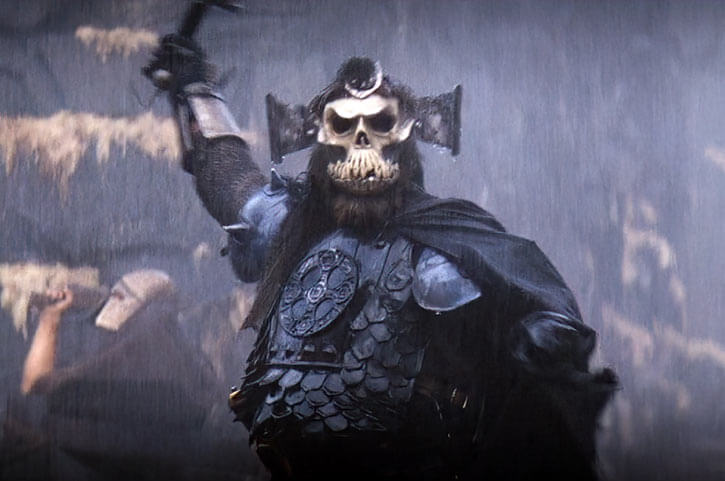 Muscular frame with ruddy skin. He wears a heavy beard and mustache

Kael has a commanding voice.

His men respect him and rely on him for victory in battle.

However, before Queen Bavmorda, Kael seems afraid and much diminished. She has certainly worked on his psyche.

“My queen, I have destroyed the castle at Galladoorn.” 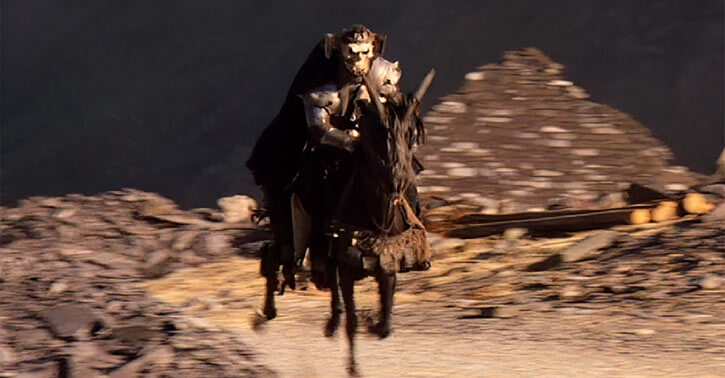 The sword is the only weapon he used throughout the film, with the exception of Airk’s own dagger. General Kael is more proficient with his fists than his sword. I added Martial Artist (AV/EV): 05 to represent this.

And if I remove Weaponry, Kael is penalized 1 CS when using melee weapons (BOH:SE pg.112).

Source of Character: The 1988 film Willow, played by Pat Roach  .