Stronger and tougher than regular soldiers, General Murquade can:

He is also a highly accomplished armed combatant, holding his own against numerous more powerful, but inexperienced, opponents.

When Earth scientist Nathan Appolyon and archaeologist Robert Charon carried out an experiment under military supervision, Appolyon went further than he should have. This resulted in almost all humans on Earth being pulled through into another universe.

Empowered by the transition, the level depending on their proximity to the experiment, most of the travellers were left in a comatose state. The two most notable exceptions were the now godlike Charon and Appolyon.

Banishing Appolyon, Charon became Emperor of the Negation Universe. When the Lawbringers proved too unstable for anything short of genocide, he awakened the other humans.

He made them his army, with those closest to him at the time of transition (who would have gained the most power from the transition), mainly soldiers, his generals.

Murquade became the Negation’s most venerated military officer. He enforced Charon’s will with an iron fist. When the richest planet in its sector cheated on their tithe to the Empire, Murquade was sent in, crashing their moon down on them and leaving them destitute.

He would often offer miscreants the opportunity to behave, but if they refused their society wouldn’t be likely to last long.

He was assigned to lead the hunt for the empowered Australians when they arrived in the Negation Universe. Murquade led his Battle Group, the Clarion, in the search. Before they could be detected he was greeted by Evinlea and Iress, a pair who had escaped from a prison facility where they were being tested in preparation for an invasion of the Bright Universe.

Evinlea offered to trade the location of the other escapees for transportation back home. But it was mainly a ruse to locate one of their abducted members. When Charon communicated with Murquade, Evinlea spotted their target in the background, and flashed a telepathic alert to the other escapees, which Murquade overheard.

But before he could do anything with his prisoners, the Australians ambushed the battle group.

The escapees forgotten in the battle, Murquade turned his attention to the Australians. They ripped his ship apart, intent on killing him. Keeping to the surface of the wrecked ship, he cut down how many of his untrained enemy could attack at a time. This is how he managed to hold his own against the more powerful attackers, slaughtering them.

This ended when the escapees provided tactical assistance to the Australians. They knocked Murquade off his perch and stunned him so that the Australians could finish him off.

Ruthless and domineering, Murquade is a quick-witted strategist who’s completely loyal to the Emperor. Confident to the point of arrogance, he rarely backs away from a fight, considering little beyond his abilities.

Despite his rank, he relishes the opportunity to enter combat personally. But will only do so when he has to, since his primary duty is to command his troops.

“Any more rude surprises before I kill you all ?!”

The Immortal Advantage, origin of his powers, and the initial parts of his History are supposition. Our hypotheses are based on the fact that General Kryzorr has the same name as one of the soldiers guarding the experiment Appolyon and Charon were working. The one that brought them and the rest of the humans on Earth through to the Negation Universe 10,000 years prior.

The humans were supposedly stuck in comatose energy forms, but I’ve assumed that Charon freed them to become his army, and that those nearby at the time of the experiment, who would have gained the most power, he made his senior officers. It’s possible that only those nearby gained the full resistance to aging.

Other Generals appear to have different powers (such as Kryzorr’s Lightning), although it’s possible that Murquade just didn’t get a chance to display it. 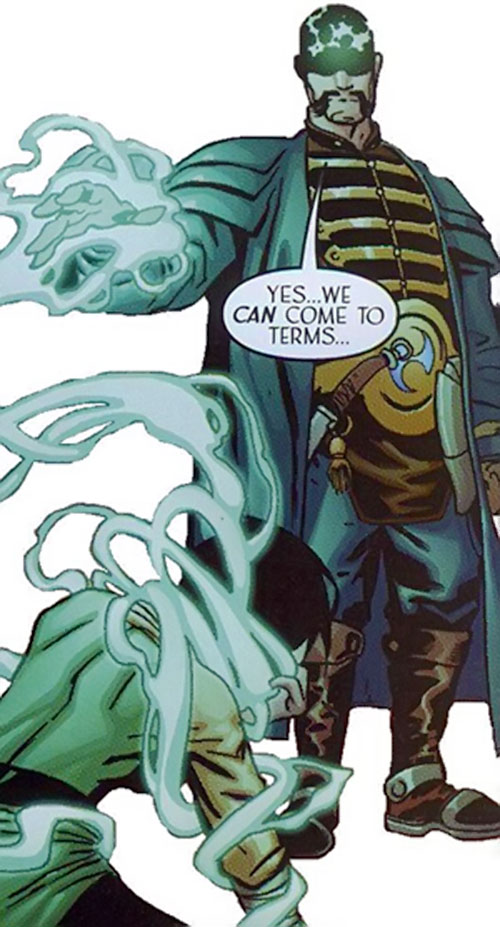 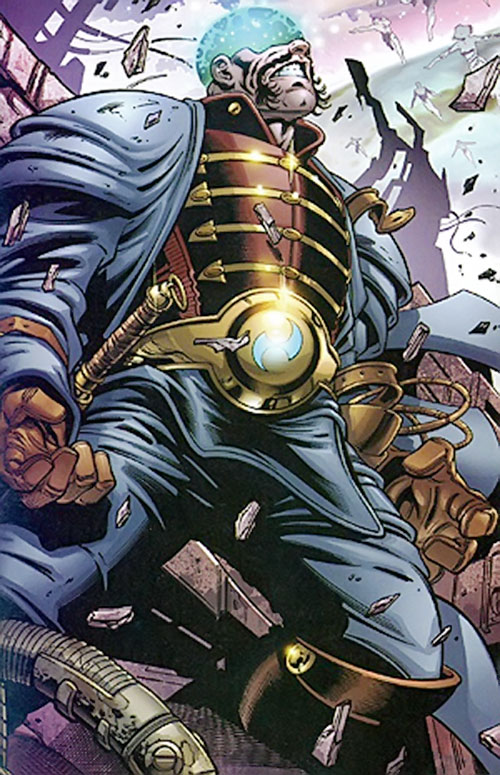