Resident Evil (RE) is a long series of Japanese video games, CG animation movies, and now live-action movies with a horror theme. These often are survival horror stories, or action horror ones.

A core feature is the T-virus. It mutates people and animals, essentially turning them into zombies.

While reworking our Leon Kennedy (a major RE character) profile, our contributor Tom cranked out stock T-virus zombie numbers. It wasn’t intended as a stand-alone entry, so it’s just stats.

But I, the editor, though these would be much easier to find as an article than as an appendix in Leon’s stats. Heh, we can eventually expand it. 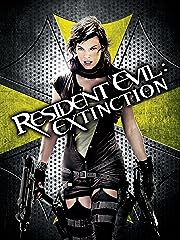 RE movies (the Jovovich ones and/or the CG animation ones) 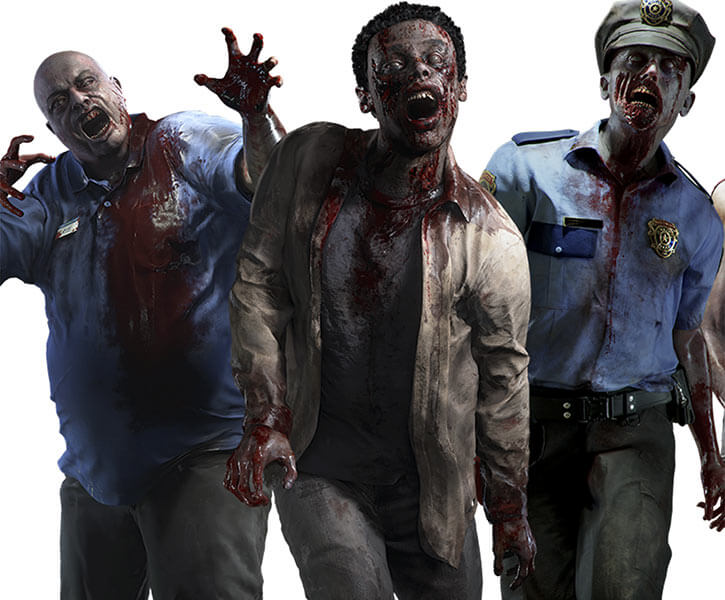 These zombies are a slight upgrade from your typical Romero shufflers.

Some have better Dex. These can do herky-jerky movements and have a rudimentary understanding of dodging. That makes them somewhat harder to hit with ranged attacks.

Half the zombies have STR 02, but the others will have a 03 or even a 04. These tend to be people who were physically active in life, such as athletes or some blue-collar workers. A surprising number can wrestle with named  characters.

Invulnerability and Mind Over Matter represent the fact that some are randomly a bit more bullet spongy than they should be.

And finally the Telescoping Feint represents their lunge ability. Typically, these zombies merely shuffle at people at walking pace. But they can without warning run about 4 or 5 steps to get at a target.

This typically isn’t super hard to avoid – if you’re aware of it. But people having their first encounter with a zombie might be taken by surprise. They likely won’t be expecting such a sudden attack from a slow-moving target, hence the Schtick.

If the zombie misses they can still try to attack their target on their next Phase. But they won’t be able to lunge at them again as they need to reorient themselves. 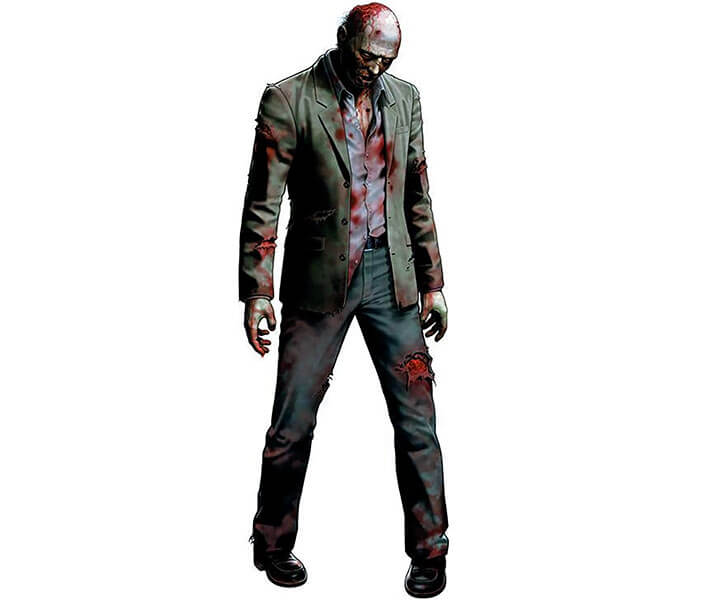 Those infected by the Las Plagas Parasite retain their mental faculties. They are still capable of using weapons and tactics.

Therefore, use the stock thug or soldier stats or whatever applies to them and add the above zombie template.

They’ll of course be armed with the appropriate weapons. Their CIA will also be switched to serving their master.