Sectoids are just pawns in the game of life. They seem to act as scouts and grunts. Their physical form isn’t powerful, but they are fairly good shots with their forearm-mounted plasma beam weapon.

From autopsies and interrogations, one gets the impression that all Sectoids are clones – though it’s very possible it’s their normal mean of reproduction. They have been enhanced through genetic engineering and cybernetic implants, but are not combat monsters. 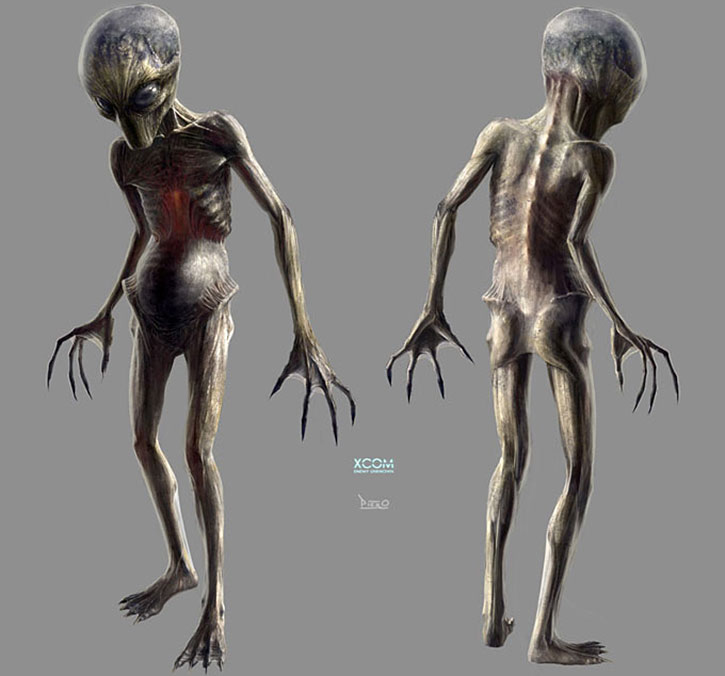 proposed XCom background) they could fare fairly well against Human forces. However, specially selected and trained troops from the XCom Project can semi-reliably kill them off (“semi” since as in all combat situations, stuff happens).

Sectoids have no mouth. Whether they must scream is unrevealed, but their communication is achieved through telepathy. They might be able to form some sort of small, low-range hive mind when deployed.

A given Sectoid can focus its telepathy on another of its kind, making it sharper, more resilient and more accurate. However, this requires full concentration and is a 2-way street. If the enhancing Sectoid is hurt, the enhanced Sectoid will suffer potentially fatal backlash. 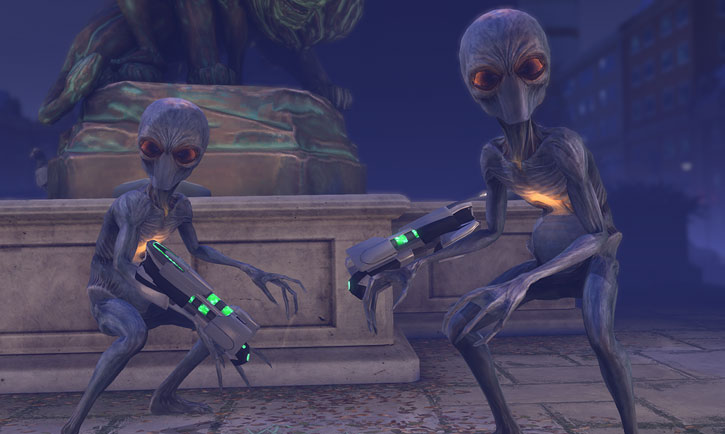 Whether this tactic is worth it is debatable, but Sectoids will routinely employ it.

Sectoids might have other, more subtle telepathic abilities not depicted in-game.

The analysis of the Sectoids leads to the impression that they were a small, meek species. The “master” aliens tried to brute-force them into something more useful – with but relative success. Perhaps their telepathic abilities were deemed promising for an uplift  of sorts.

Some of their inner organs are reminiscent of insects – hence their nickname. 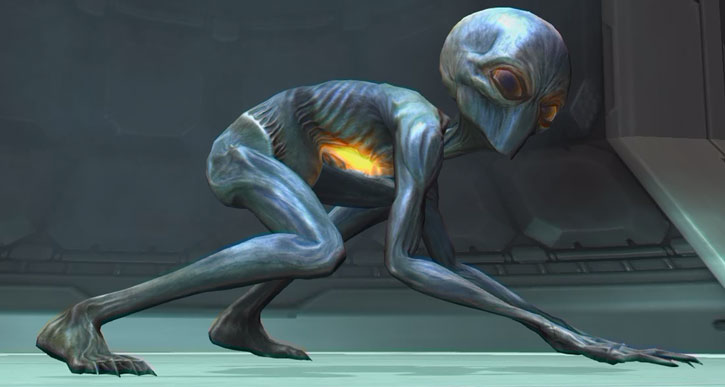 Sectoids were typically encountered early on during the invasion. They did drudge work such as ferrying Humans kidnapped by capture modules or serving as crew on UFOs. As the situation escalated they were more rarely seen.

However, significantly more powerful Sectoids (“commanders”) were encountered, and power armour operated by a Sectoid (“Mechtoid”) started being deployed.

Sectoids resemble the traditional “Grey” aliens , which likely means there were some Sectoids scouting Earth for decades before the intrusion. 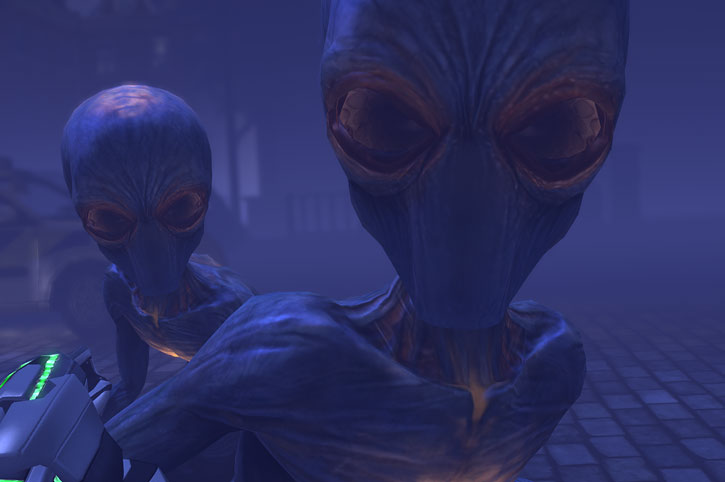 Something in their abdomen often glows through their skin. Perhaps it is an implanted battery to overclock their telepathy.

Everquest veterans might imagine they were originally similar to the Centi of Luclin.

Advantages
Iron Nerves (*only* if being Enchanted by another Sectoid).

Drawbacks:
MPR (the Sectoids are mute).

Like all aliens, Sectoids emit “psychic static” – our proposed rationalisation for certain XCom gameplay conceits. See the entry for Thin Men for an extensive discussion of those, and our XCom setting article for in-universe explanations. 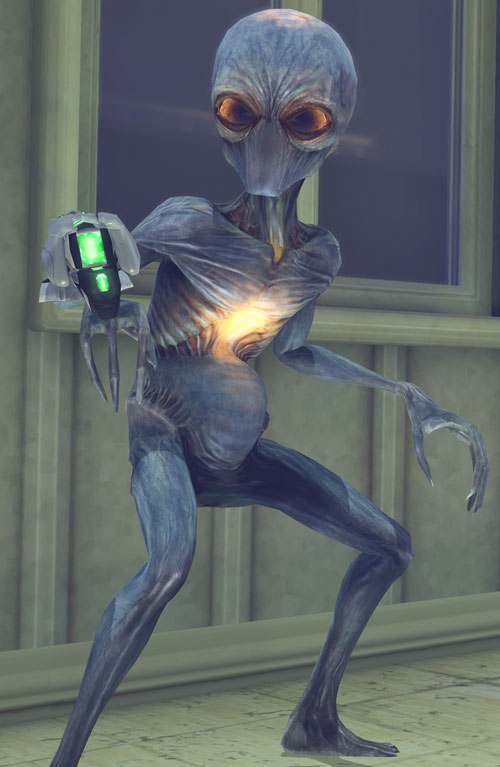 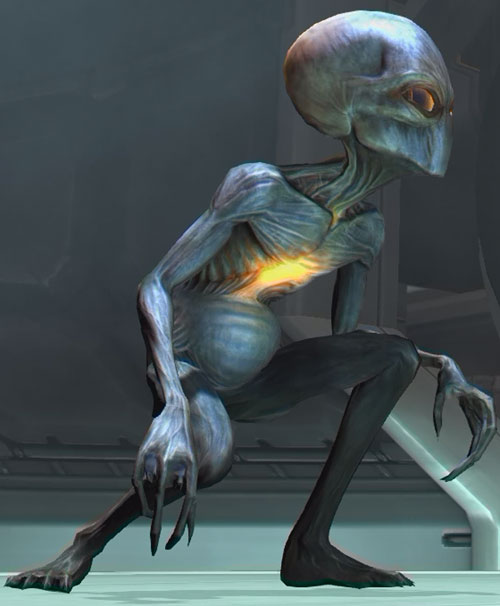