Ghost Dog is a 1999 movie by Jim Jarmusch, starring Forest Whitaker. It received raving reviews and I love it to death, but I’ll readily admit that it’s not for everyone.

It is a somewhat abstract and very referential movie about outsiders to society, crime, violence, honour and integrity, the Wu Tang Clan’s music, change and obsolescence, gorgeous photography, understated acting and other things.

This profile was done not too long after the movie release, so it’s less sophisticated than our modern stuff.

Ghost Dog is a cinematic  killer, with an impressive Weaponry skill. He’s an expert ancient warrior, gunfighter and assassin. He never failed to execute a contract. He’s collected, methodical and resourceful. 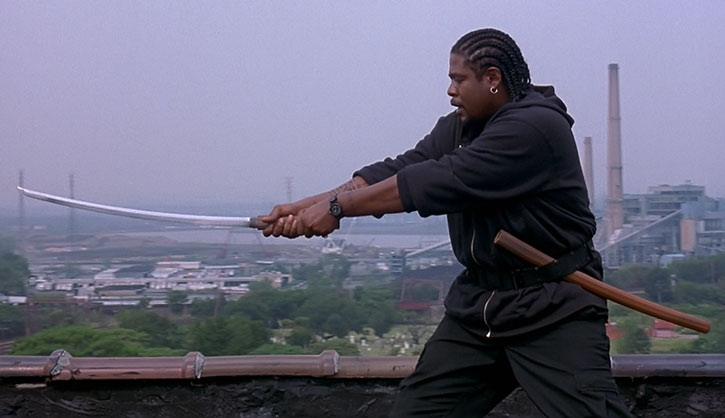 He is deeply unto the path of the samurai, giving him an extraordinary level of focus and power of observation.

The man known under the street handle of “Ghost Dog” was a young nobody. While in a tough hood, he was attacked by street thugs.

A local Mafia lieutenant named Louie witnessed the scene. Not tolerating wanton violence on his turf, he approached the thugs and demanded to know what they were doing. One of the thugs produced a gun, and Louie calmly shot them down. He thus saved the life of the young man that was being beaten.

Way of the samurai

Four years later, the young Black man whose life Louie had saved calmly entered Louie’s safe house. He explained that he was now his retainer, since he had saved his life. He also offered Louie an arrangement as to the way he would work for him. 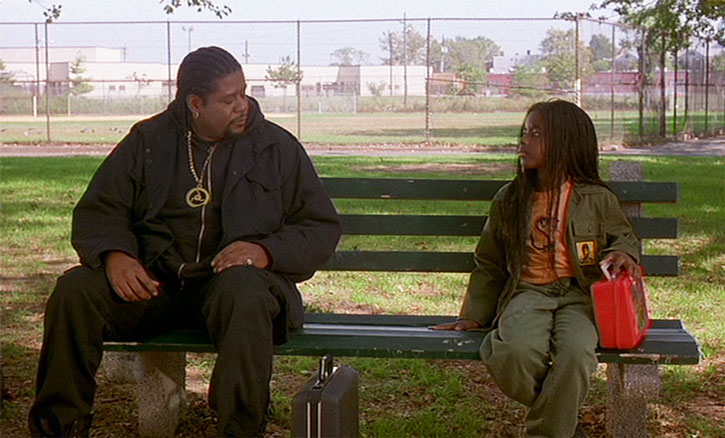 Whenever Louie’s capo would ask him to gun down somebody important, Louie would call his “special guy”, who never failed him. A carrier pigeon showed up every day at Louie’s home. When needed, Louie would send the pigeon back with a message. When the target was dead, Ghost Dog announced so through a pigeon message.

And Ghost Dog, each year, would collect the sum of the payments for the past year’s contracts.

The two ancient traditions of the young samurai and the aging mafioso ultimately fared differently when confronted with the modern world and its absurdities. But Ghost Dog’s loyalty and exact following of the Bushido was never in question.

The trailer in decent quality.

Ghost Dog as a deep, impressive, silent presence. He’s impossibly calm and reserved, generally pulling the cowl of his street clothes well over his head. He never parts from a small attache case which contains one of his guns and several rap CDs.

Despite his solid built, he moves with a strange grace marking him as a martial artist.

Ghost Dog is a contemplative warrior. The Hagakure is his vade mecum, and he behaves as prescribed by Yamamoto Tsunetomo and other sages.

A cold, incredibly efficient assassin, Ghost Dog greatly appreciates the beauty of nature. He especially loves birds. He feeds a large number of pigeon, and once was distracted from pulling the trigger by admiring a bird that landed on his carbine. 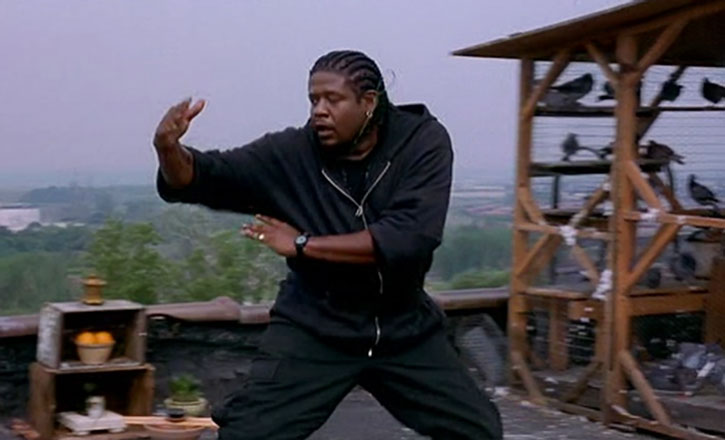 He’s severe, profound, silent and disciplined. His stare is heavy and intense.

Ghost Dog talks only when it is useful. He has almost absolutely no social life. His best friend, a Francophone ice cream vendor, does not speak a single world of English. He likes books, especially those pertaining the feudal Japan, the night and rap music (mostly Wu Tang Clan and RZA, apparently). Most folks in his ’hood greatly respect him.

“Of course Louie. I am your retainer.”

“Me and him, we’re from different ancient tribes. And we’re both almost extinct.”

Ghost Dog would be a perfect encounter for a Daredevil or Nightwing adventure, and could have associated with either when stalking a criminal boss with a contract on his head.

Drawbacks:
CIA toward the way of the samurai, SIA toward admiring birds. 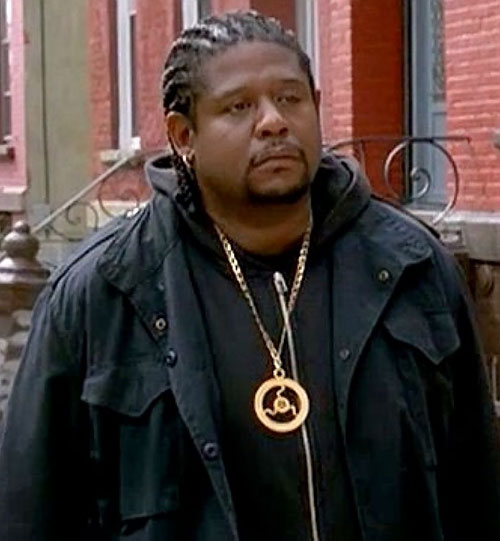 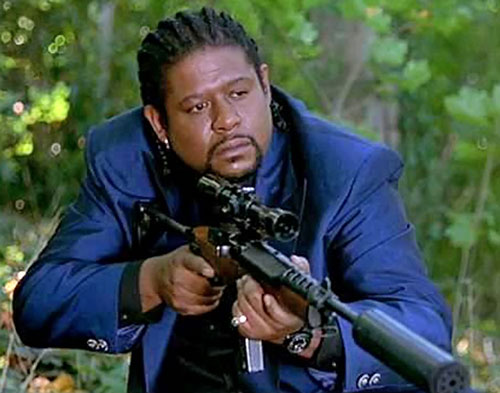