This guys is a member of the Ghost Dragons. This is a street gang known for their brutal efficiency and combat ability, especially in the martial arts.

This young man appeared at Lynx’s side in Gotham during an engagement between the Ghost Dragons, Robin (Tim Drake) and Spoiler.

It is unrevealed whether he was among the Dragons who survived the gang war during the No Man’s Land. But since he looks scary it’s likely.

Dunno, he didn’t have a speaking part. But he’ll be useful if you want the Ghost Dragons in an adventure, so who cares ? He’s on the stunt crew. 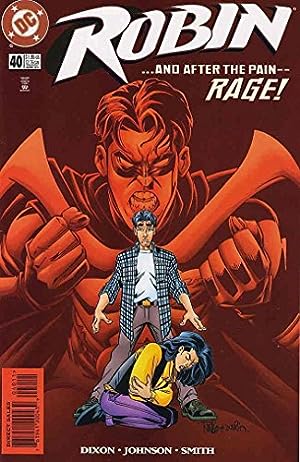