This distinctive giant robot only appeared in one 1968 Hulk story. But we take our membership with the Distinctive Giant Robot Appreciation Society seriously, we do. So it gets a profile.

It’s not named in the story – which is why the name we use is between quotes.

The GGMA is a huge android of unearthly strength and durability – though it is rather slow.

Despite its incredible power, the Mandarin considered it a “mere giant android”. Of course, when compared to Ultimo, the GGMA is but a toy.

The GGMA was pitted against the Hulk when the Mandarin sought to test the suitably of the jade giant as his ally and servant.

The Hulk outmaneuvered the GGMA, using cunning tactics to get rid of him, which impressed the Mandarin. But the angry purple-panted behemoth refused to have anything to do with him.

The GGMA ended up wrapped in a huge drape and hurled into space (!). It is possible that it was “merely” sent into low Earth orbit, though – and recovered later by the Mandarin.

On the cover the GGMA is green (hence its name) but within the book he was yellow-ish. The illustrations have been tweaked to show him as being gamma-green since that was apparently the intent.

None whatsoever – it doesn’t even speak. 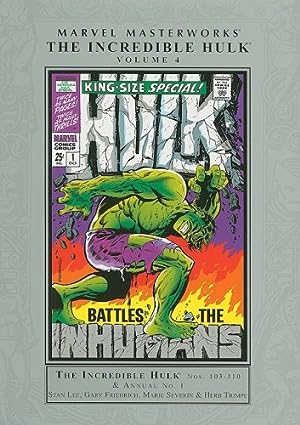 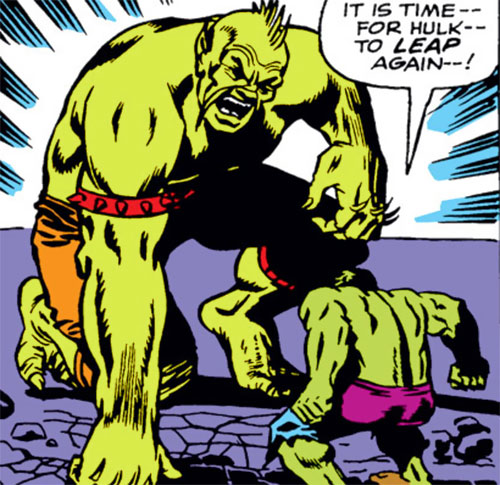