The Giant possesses superhuman strength of a level commensurate with that of an average Viltrumite. As such, his massive sinews can press (lift) hundreds of thousands of tons directly overhead.

As a massive cyclopean being, he also has vast resilience to harm.

Before he was ensorcelled, the Giant was a simple eight year old boy. He fell through a mystical portal along with his grandmother.

The two found themselves in an alternate dimension . There, a cruel wizard enchanted the youth to use him as a weapon against his enemies.

Unfortunately for the wizard, he had under-estimated the fire and rebellious nature of human tweens. The peerless Giant rampaged without fear. He eventually claimed it as his own.

He proclaimed himself King of the land, and ruled it with a cruel and angry fist.

Eventually, the Giant’s enemies banded together. Instead of fighting the cruel monarch, they simply banished him back to Earth.

Stunned and (as always) angry at his exile, the Giant rampaged throughout New York City. He caused incalculable amounts of damage until Invincible arrived upon the scene.

The young Viltrumite landed two quick, yet powerful blows, against his much larger foe. Thus brought the Giant to heel long enough for the Guardians of the Globes to subdue him.

The Giant was imprisoned for several months, but eventually escaped.

Instead of rampaging through town, the youthful Giant sought to escape into the wilderness. He hoped to find some form of peace in the solitude.

Unfortunately for the Giant, he encountered the Wolf-Man, then Invincible. Once again, a pair of blows was dealt to the massive youth. This time the Giant surrendered without a fight, having learned from his previous battle.

At Invincible’s insistence, the Giant sat quietly. He waited for the forces of the United States military to arrive and take him peacefully into custody. It can only be presumed that he remains there to this day.

The Giant is a gigantic, obscenely muscular red-skinned man. His hands have three fingers apiece, plus a thumb. 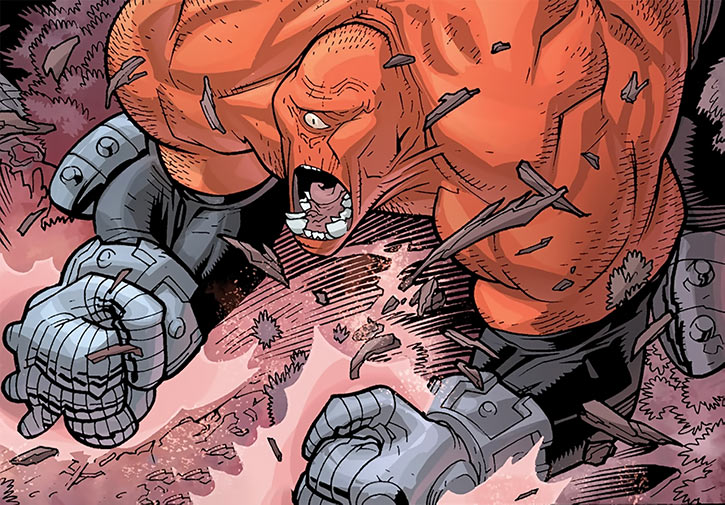 His teeth protrude from his mouth like tusks. A single cyclopean eye sit prominently in the centre of his face. His body is covered in hair, but his scalp is bald.

Simple leather-like pants cover the Giant’s lower body, and he wears a pair of metallic boots. His arms are covered by the same leather-like material up to his elbows. He wears a matching set of metallic gloves over his massive fists.

The Giant is as simple a brick as you can imagine. When he first appeared, he had a single burning desire; to regain the power he had lost due to his exile. He wanted nothing but to be made President of the United States (give him a break, he’s chronologically 8 years old).

His two encounters with Invincible seems to have shaken him at this point though. Presumably, he had never encountered anyone that could hit him hard enough to cause him harm. At this time, he has developed a true fear of the young Viltrumite and would clearly go out of his way to avoid battling him again.

“Don’t call me ’Big Guy‘ ! I’m the GIANT ! And I want to control the world ! I demand I be made President of the United States immediately. I’ll destroy all of New York until my demands are met !”

The Giant could be dropped wholesale, with his origin intact into the DC Universe. He would make an interesting foe for any low-level group of adventurers, but would most likely crumble if faced with anyone of significant power.

Writeup completed on the 6th of September, 2012. 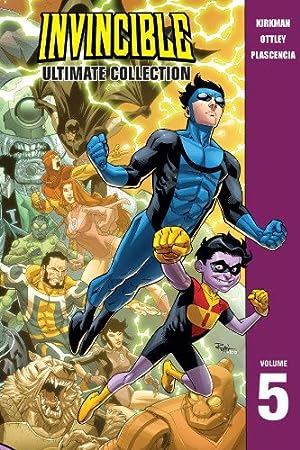 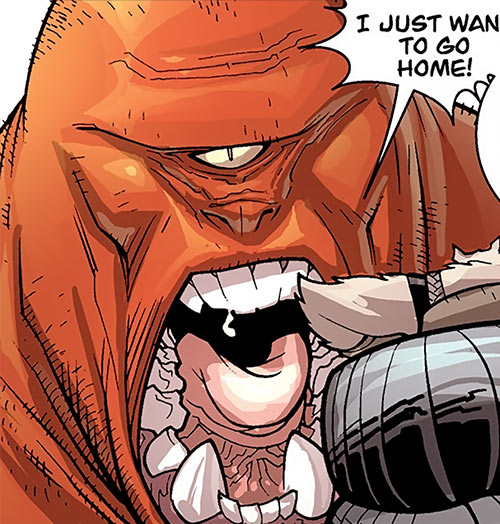 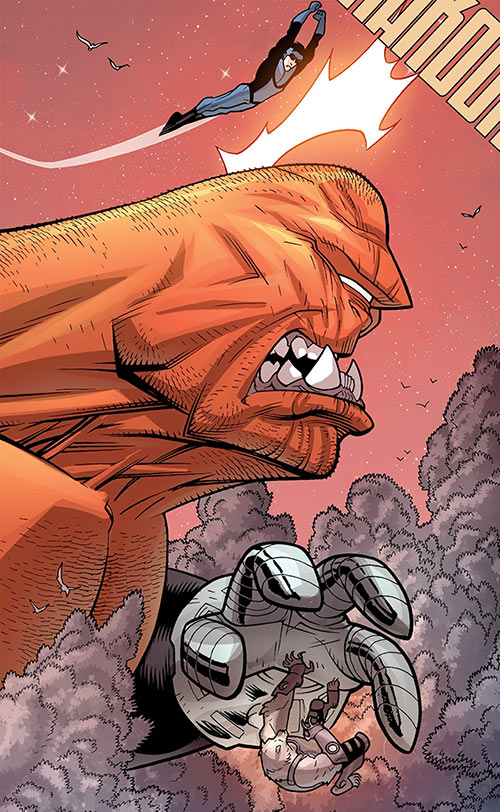