Gladiatrix is a skilled professional wrestler. Her style mostly relies on holds, locks and ground work ; her original training is likely in Greco-Roman wrestling.

She is technically flexible, and can wrestle such unusual opponents as Ursa Major in giant bear form.

As with many MMA wrestlers she will try to have the fight quickly go to the floor and work on applying submission holds.

She presumably is a fairly successful Power Broker enhancement subject, with a solid degree of superhuman strength (“Class Ten” ?) and no visible physical deformation.

It is likely that her speed was also somewhat enhanced – her reflexes surprised the Blue Shield, who has enhanced speed.

Braxton has reportedly always been a very tall and strong person. Her current weight presumably results from the Power Broker process having increased her body density beyond its usual parameters.

Robin Braxton is from Brooklyn. Her past is largely unrevealed, though she reportedly lacked direction in her life.

Braxton was among the professional wrestlers selected by former wrestler turned manager Auntie Freeze when she created a female division to the Unlimited Wrestling Federation – the new Grapplers.

Like many of the male wrestlers, the women (likely including Braxton) were successful examples of the Power Broker enhancement process.

Braxton sported the wrestling name and costume of Gladiatrix. She wore a red mohawk that was still somewhat fashionable (Nuklon had one, right ?). As a wrestler, she was mildly successful, though overshadowed by the big names among the UCWF.

Surprisingly, the relatively obscure Gladiatrix was next seen when tryouts were organised to join the Avengers. She reportedly had been encouraged to attend by wrestler Dennis Dunphy, aka Demolition Man. Those very minor tryouts attracted rather anecdotal applicants such as Speedball, Blue Shield and the Mechanaut.

The trials were interrupted when the former Soviet Super-Soldiers came to the person running the audition, Captain America, for assistance. A fight erupted, and Gladiatrix tried to take down one of the Soldiers, Ursa Major.

The incident did not help and none of the applicants made it. Though much later Fabian Stankowitz, who was wearing the Mechanaut armour during the application, would join the support crew of the Avengers.

Years later, several of both the new and the original Grapplers, such as Battleaxe, Poundcakes or Gladiatrix, joined Superia’s version of the Femizons during a recruitment drive that doubled as a pleasure cruise. Apparently unconvinced by the cruise and its largely villainous attendance, Gladiatrix seemingly left after learning of Superia’s genocidal plans.

She later made another appearance as an extra during a weapon expo held by AIM. Perhaps she was there as a friend of another Grappler of her generation, Battleaxe.

I don’t need your civil war

During the civil war that followed the Superhuman Registration Act, Gladiatrix attempted to join the resistance underground led by Captain America. She managed to get in touch with a clandestine group of minor heroes (such as Battlestar, Network, Typeface or Solo) also trying to join Captain America.

A meeting of this group, which was covered by the reporter Sally Floyd, was attacked by Avengers and S.H.I.E.L.D. troops. Gladiatrix protected Floyd from the explosion of a shell, but paid for this by being wounded and trapped under debris.

Arrested, Braxton was apparently sent to the prison built by pro-regulation forces in the Negative Zone. If so, she was placed under heavy restraints and trapped in a VR simulation in complete isolation. However, the identification of the female prisoner in question as Robin Braxton is very tentative.

When you’re in prison

A more definite identification occurred at the Slab under Ryker’s Island penitentiary. Gladiatrix had likely been transferred along with most or all members of her clandestine group. Ryker’s was invaded by Captain America and his team. These invaders unexpectedly freed all the Slab prisoners, gaining sudden reinforcements against the pro-registration forces who intended to ambush them.

Braxton was thus part of the fight which spilled into New York City. A the conclusion of this battle Captain America, still in the thrall of amazingly poor writing, surrendered.

Gladiatrix reportedly still refused to surrender or sign the SHRA. She was again arrested and incarcerated by Norman Osborn’s HAMMER.

She presumably was freed months later, when Steve Rogers took over management of the US’s superhuman resources at President Obama’s  behest.

Gladiatrix is brash, courageous and aggressive. She seems to have an unusual ambition, wanting to put her strength and training to greater use than just making money on the wrestling circuit. As a result, she is looking for a good way to become a super-heroine.

Her Motivation (Upholding the Good ? Responsibility ?) is unknown at this point, but she acts heroically and wants to prove her cred in that area.

Secondary sources indicate that Braxton is looking for a direction in her life and would like to be some sort of good guy. Yet she seems to lack some of the qualities and focus to achieve that commendable goal. Still, she’ll energetically seize any opportunity to show that she’s a white hat, and pursue it with great resolve.

Some of her remarks imply that she thinks being a very tall, muscular lady with an extravagant look is pretty cool.

(Pouncing on Ursa Major) “Hey Yogi  — you attack the Avengers, someone’s likely to make a rug out of ya !” 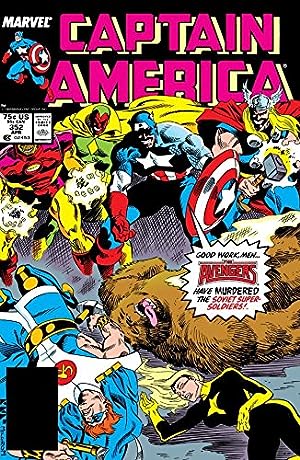 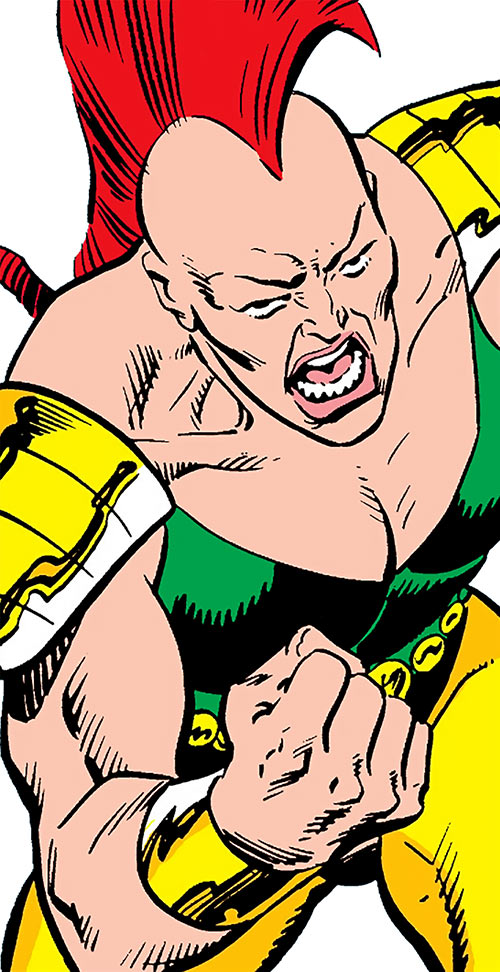 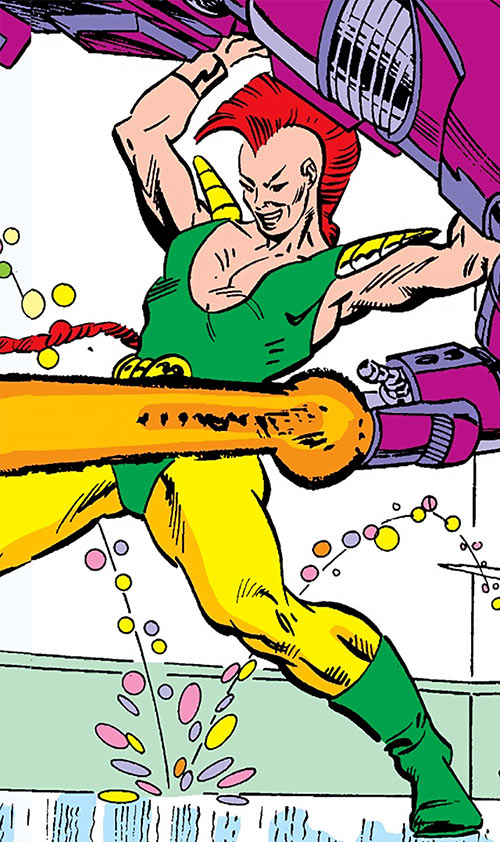