Though it is not entirely clear, Glom’s bite appears to shatter and drain energy. Frex, he rendered a quantum energy prison into large fragments that he could then eat. And he could bite Antibody in such a way as to siphon off the Darkforce  without quite harming the flesh. Which in DC Heroes RPG terms might have been a Trick Shot.

No force field was apparent around Glom while he was operating in hard vacuum. He can exist unprotected in space, and assumed that most people did not need to breathe.

He could also fly, though it is impossible to say whether it is an innate ability or a product of the standard-issue flight implant of the Guard.

Glom is a Shi’ar Imperial Guardsbeing. He was first seen during Operation : Galactic Storm. The team he was with successfully stranded Quasar (Wendell Vaughn) far away from the battlefield to prevent him from interfering.

In 1993, Glom came to Earth with half his Imperial Guard team, namely Voyager and Moonglow. Solar Wind and Onslaught, who were present the last time, weren’t on that crew that time. They were looking for their fourth member, Neutron, who had been MIA since Galactic Storm.

As the Guardsbeings confronted Quasar, Glom failed to restrain his appetite. Aroused by the exotic energies permeating Quasar, he bit his arm.

Quasar got rid of Glom by presenting him with the out-of-control energy selves of Antibody (Randall O”Brien). Glom ate all the antibodies and bit O”Brien, siphoning his Darkforce and leaving him unconscious.

Glom and most of his teammates haven’t had significant appearances since.

His size varied from book to book. Perhaps he gets bigger if he eats enough.

He’s a Muppet. Glom talks very loudly, refers to himself in the third person, is always hungry and seems chiefly driven by an interest in eating new things. Both because he is hungry and because he is interested in discovering new tastes.

He is always impatient when it comes to eating things, and might be overcome by his appetite if a form of energy “smells” particularly tasty.

Binary: “Where did they go ?”
Glom: “Glom not know. Someplace where enemy cannot find way back from ! Um, you have any spare energy for Glom to snack on ?”

The Imperial Guardsbeings accompanying Glom were a return to being Legion of Super-Heroes analogues. Glom thus appears to be Universe-616’s equivalent of Matter-Eater Lad (Tenzil Kem).

Bonuses and Limitations:
Sharpness only functions against energy constructs. But it allows Glom to damage energy that wouldn’t be affected by basic material attacks. 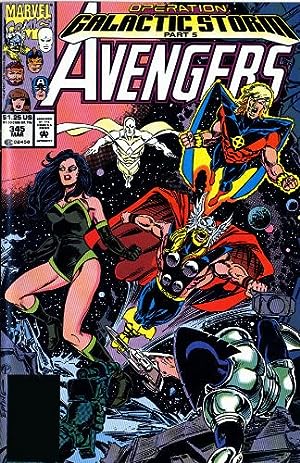 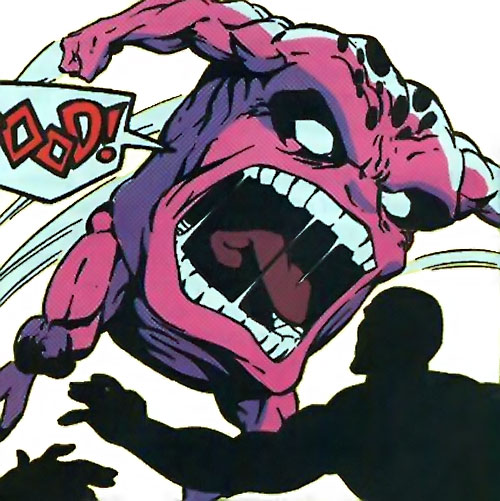 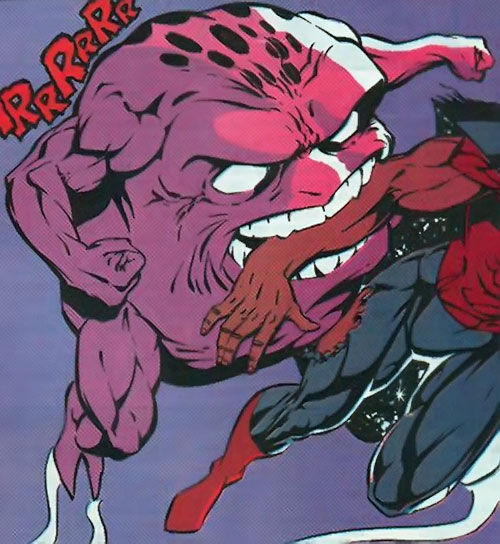 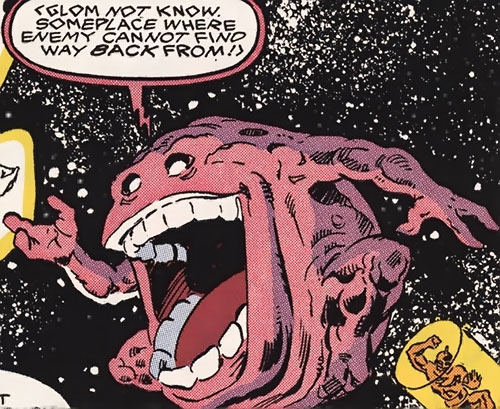