Sondra can draw upon the energies of the quantum synchronicity field that connects all photons in the universe. She can use this energy to:

Her powers manifest as rainbow-neon-glowing light by default, although she can adjust the colors and appearance of the light if she concentrates.

In order to use her powers, she must be in contact with light of some kind, any kind, any intensity. Even the faintest glow is enough. She typically wears some clothing with luminescent strips so she doesn’t easily get caught without any light source to connect to the field through.

Sondra is an accomplished mixed martial artist, wrestler, and a highly underrated actress.

She was also something of a criminal savant, and has retained those skills. She can figure out what criminals are up to by following clues and doing legwork. She knows how the police work, and how the law works.

She’s also an awesome shot and can use a variety of handheld and thrown weapons‘ with frightening effectiveness.

She was a getaway driver, so she can handle a car like a pro. Even though she rarely needs to drive anywhere anymore, she still enjoys practicing driving fast and dangerous in her sports cars. She knows how to break into and out of anything, disable alarms, pick pockets, and all kinds of other criminal stuff.

She can also give very competent first aid, read maps, find or make hiding spots and track people down. She is a skilled leader who is very good at getting people to do what she wants, while thinking it was their own idea. She’s also got a gift for scaring the crap out of people.

Sondra Park is a third generation Korean-American, born and raised in Koreatown, L.A. . She and her older brother got caught up in area gangs at an early age. They learned a lot of skills on the streets.

Sondra in particular was a rising star in the New Korean Playgirls. She helped to expand their territory, bring in new sources of revenue and generally make a rep for herself. Fortunately for her, she got busted at a relatively early age, and managed to get straightened out. She was a smart girl, and realized she should be doing something safer.

She continued building her rep and skills in these areas. Eventually, she was noticed by an agent who wanted to represent her for roles in underground low-budget martial arts films. She managed to become the “Queen” of that scene and build up a pretty decent lifestyle for herself.

Unfortunately, she was too late to get her brother out of the gang life, as he was killed in a drive-by shooting shortly after she started doing films.

Sondra started dating one of her fans, Jim, a physicist at Caltech  working on a new quantum synchronicity isolation chamber. His team was hoping to unlock the secrets of quantum entanglement and develop breakthough applications in information transfer and even teleportation of matter.

One day, he was showing her around the lab, and they went into the chamber. Suddenly, the door locked behind them, and a countdown began. The chamber was going to cycle through a process that would eliminate all transient particles inside, which would disintegrate anything caught in the chamber.

Thinking quickly, Jim pushed Sondra into an untested safety box inside the chamber, while he desperately tried to stop the sequence and unlock the door.

He failed. Jim was disintegrated in a blinding flash of light – and so was Sondra.

However, a few seconds later, Sondra reintegrated. She was nude, and glowing, and floating a few miles above the facility – but she was alive. Needless to say, she freaked out a bit, but quickly realized she was safe. And could fly. And project constructs of light.

Awesome! She made some clothes for herself out of hard light, and flew back to the lab to check on Jim. She assumed the same thing must have happened to him. But Jim was nowhere to be found. Instead, there was a security team from the DOE along with an FBI SWAT team.

There was a bit of a misunderstanding, and Sondra ended up knocking out all but the lead agent and destroying a few vehicles. It was then that Amita Kirby (Mistress Math) and Metal Mistress showed up. Kirby Industries had funded the quantum synchronicity project, and Amita came to check on her investment.

Of course, Amita had also arranged for the “accident” that gave Sondra her powers. She cleared things up with the Feds, and asked Sondra to come with her to discuss joining the Femtastic Five. Sondra laughed and flew off, determined to use her powers on her own for fame and fortune.

Sondra had a few encounters with supervillains over the next few weeks. They wanted to prove themselves against the new player in town. She made the mistake of going up against a guy who could create fields of darkness that nullified all light, and got herself beaten up pretty badly. Things were looking grim until Metal Mistress arrived and took the guy out easily.

Sondra realized if she was going to continue as Glow Gal, she might need some backup and other resources.

The DOE had also been tailing her, and snooping into her private life, interviewing old boyfriends and harrassing her family. She needed somebody to keep them away, and Amita Kirby could do that. So, with some reservations, she joined the Femtastic Five.

She quickly found that Amita could do a lot more than keep the DOE away and save her from darkness villains. She got a lucrative multi-picture deal with a major studio, a modeling contract, and appearances on TV shows, commercials and magazine covers.

Of course, the encounter with the darkness villain, and the DOE harrassment, had all been arranged by Amita as well. She keeps a darkness-field-trap-generating device with her at all times, and has trusted security personnel keep backups on themselves and in the Kirby Industries security armory.

Sondra is tough, streetwise, and has a bit of a nasty streak. She is more of a fighter than anyone else in the Femtastic Five, in all ways.

But she also knows how to talk smooth and convince people to do things for her. She takes charge when Amita isn’t out in the field with the rest of the Five. She has come to view Metal Mistress as her BFF/soul sister, and informal second in command when Amita’s not around.

She views Rose Bloom as being like a little sister that she needs to protect sometimes, even from herself. Fly Girl is an annoying thorn in her side who always thinks she knows best.

Ultimately though, she feels responsible for all of them. She feels that she needs to use her powers to do good, to justify her presence on the team, and to honor her brother and her parents. The fame, fortune and fun are great, and she definitely enjoys the benefits of being part of the Five.

But her position of authority, and her bond with the other girls, has caused her to do a lot of long-overdue growing up. In hindsight, her life experiences have been preparing her for this role, and she means to get a standing ovation for it.

In the field, she dresses in lycra shorts and bikini tops with no shoes, because she likes to keep her movement unrestricted and she doesn’t need a lot of protection besides her force field. She can create other clothes out of hard light whenever needed, anyway.

When out partying, she wears elegant dresses custom-made for her by leading designers.

The Femtastic Five are L.A.’s premier celebrity superteam. This fills a gap in the DC Universe, as far as I can tell. 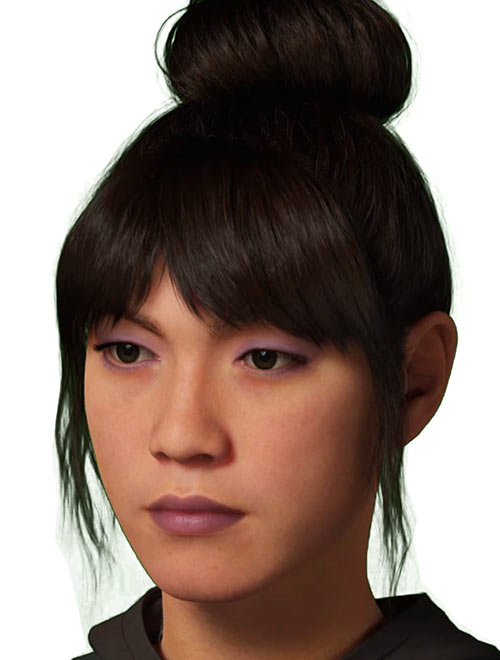 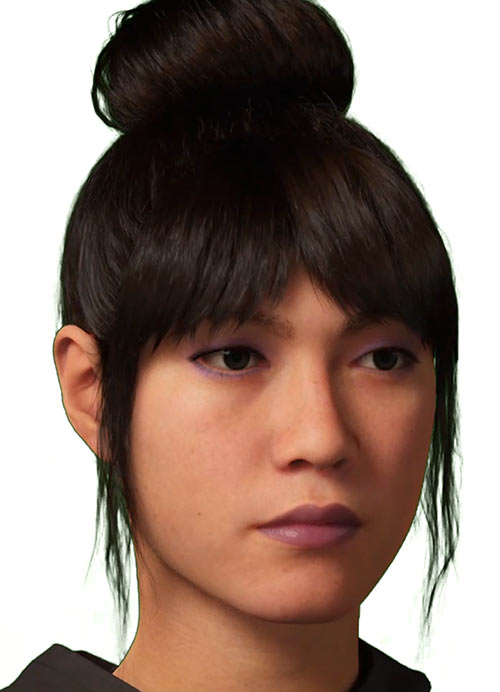