The immense dinosaur-like creature dubbed “Godzilla” is of unknown origin. The best theory available is that it is a mutation of a lizard species indigenous to the tropical islands of Polynesia.

Perhaps he once was an iguana or monitor lizard. Its aquatic habits strongly suggest the former. It may have been created by atomic bomb testing conducted by the French government.

Despite its formidable size, the creature operated unnoticed. Upon reaching full maturity, it began a trek to Manhattan island to use as a nesting site. Naturally, the kaiju was oblivious to any inconvenience that might cause the local populace.

Local media dubbed the creature “Godzilla”, based on a somewhat garbled reference by an early witness to a dragon of Japanese legend.

Military forces were organized in an attempt to destroy the creature early on, but failed. The force commanders underestimated the creature’s agility and cunning, and were consistently outmaneuvered.

Eventually, the creature’s nest was located by the combined efforts of a scientist specializing in radiation triggered mutations and a cell of French secret service agents. An incendiary airstrike destroyed the nest, along with dozens of recent hatchlings.

This provoked the creature into a blind rage, a state in which it could finally be drawn out into the open and killed by a second missile strike.

Rumor has it that one of the hatchlings survived the initial attack. It has quickly grown to an adult state, while displaying even more radical mutations.

GINO is a gigantic bipedal reptile. It has the forward crouching stance typically credited to large carnosaurs (Tyrannosaurus, Allosaurus, etc.). It also bears the sizable jaws seen on such dinosaurs. A double row of bony plates sprouts from its back, the largest at the shoulders and decreasing in size down to the tail. 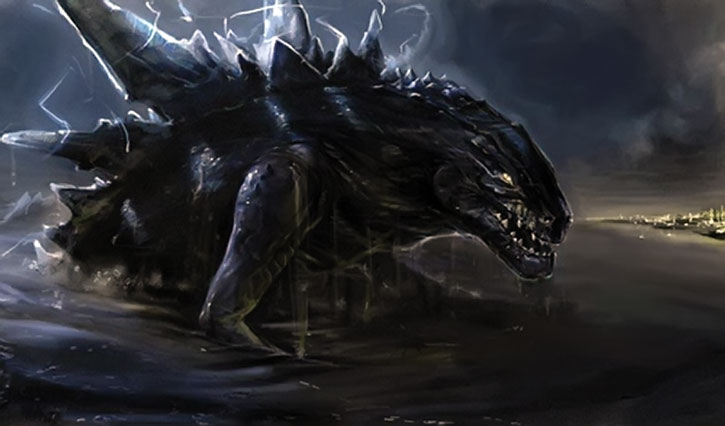 In most other respects, it resembles a somewhat thinner, more muscular version of the marine iguana. However, its forelegs are almost human-like “arms”.

GINO has the motivations and persona of a typical animal mind. It is interested primarily only in its own safety and comfort, and in the prosperity of its young. 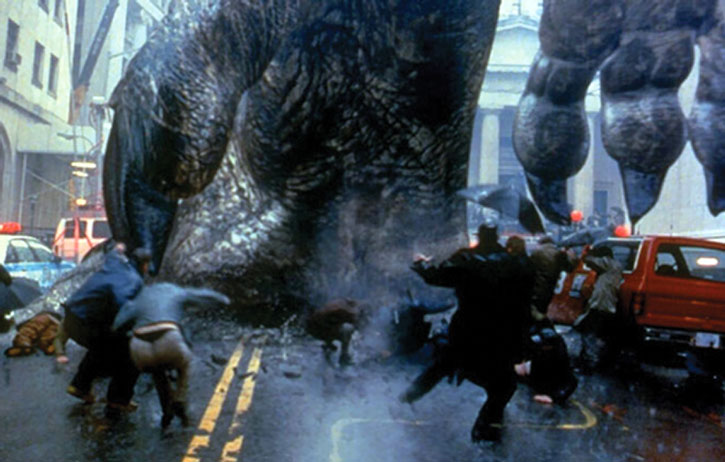 Though capable of some emotional depth (perhaps the level of a dog) and primitive cunning, it is not sapient .

Frankly, plot device level radiation is dirt cheap in comicbookdom — you (the GM) can buy it wholesale. GINO can be used pretty much “as-is”.

S/he might make a challenging opponent for characters of medium power level (especially those who would want to see the beast repelled *without* killing it).

Advantages:
Lightning Reflexes, Misc: GINO is essentially hermaphroditic, and can reproduce without a mate. 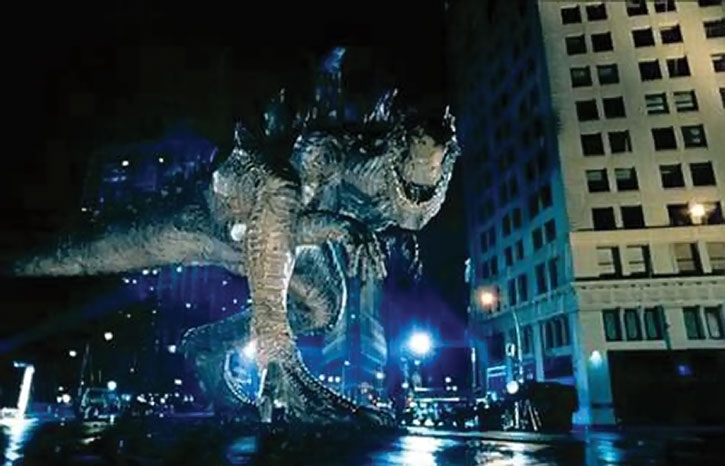 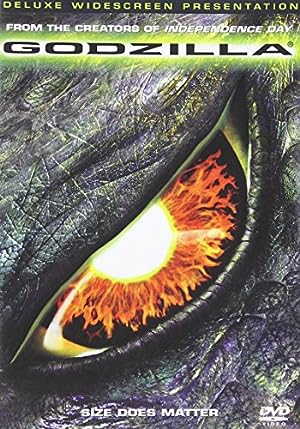 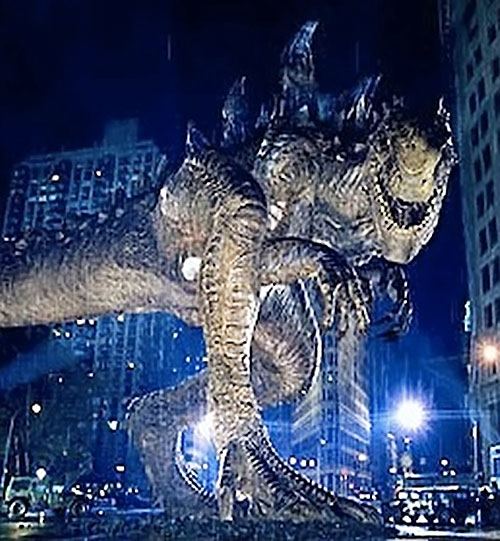