The Golden Eagle seems to be a powerful athlete and fighter.

His winged harnesses allows for fast, silent flight. Both his wings and gauntlets have slashing edges.

Golden Eagle clashed with the JLTF at the Aryan Nation compound. He then joined the greater Cadre assembled by the Overmaster at Mount Everest.

He has not appeared since. 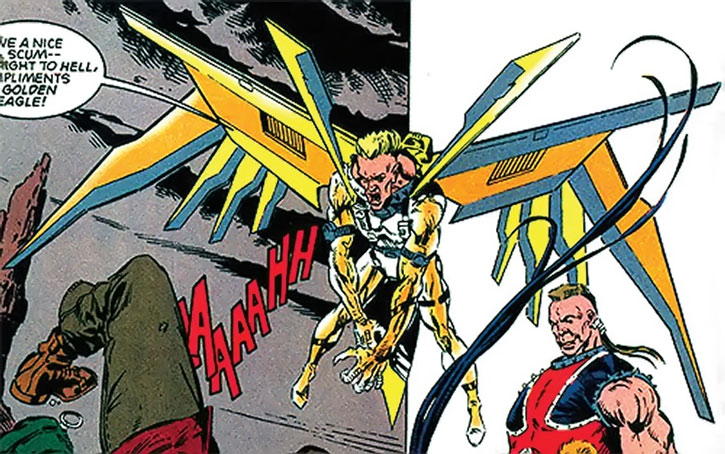 Golden Eagle has a definite “uneducated and angry” vibe.

“Have a nice trip, scum — straight to Hell, compliments of Golden Eagle !” (drops his victim whilst high in flight)

“You’re making yourself too easy a target, race traitor !”

* Without Defensive Roll
** Only in flight 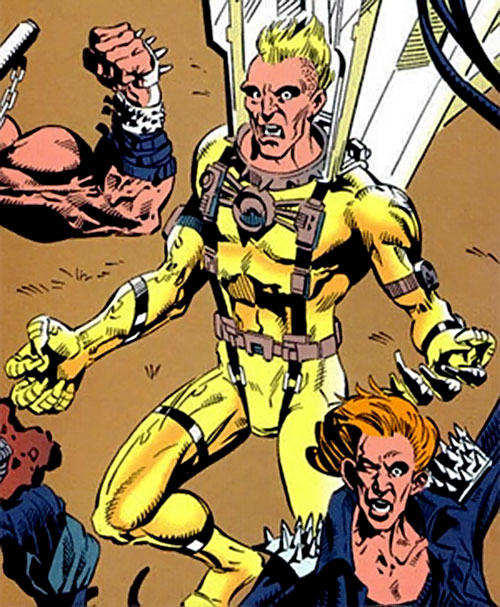 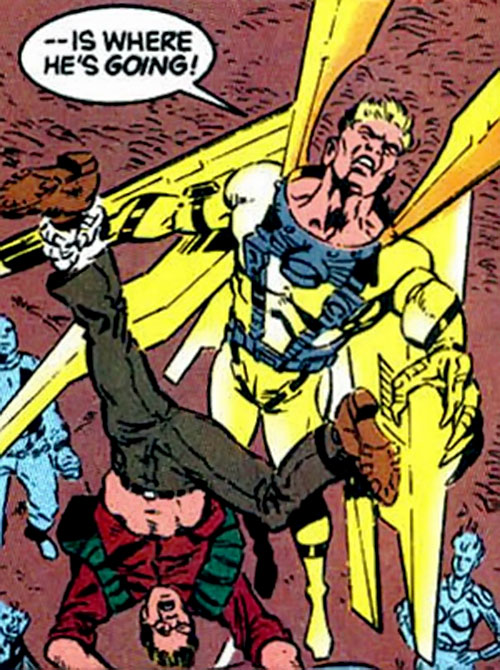