Golem can change the chemical composition of his body at will. Adopting the properties of pliable substances allows him to stretch and expand his body. It also lets him flow around most physical impacts to reduce their effect on him.

He usually only mimics water, oil, sand, mud, and similar pliable substances. It has been theorised that assuming the nature of solid substances such as stone, wood, or steel would result in a lack of mobility. In DC Heroes RPG terms, that’d be using his full Density Increase so his DEX is reduced to 0.

It’s also been theorised that turning to air outside of a confined area could result in his permanent dispersal.

An Israeli metahuman, the source of his power unrevealed. Golem operates as part of the Mossad controlled Hayoth group, under the command of Colonel Hacohen.

Their first known operation was the capture of terrorist, Kobra, who’d been planning actions in Israel. It went remarkably easily, and Kobra was imprisoned within their HQ. 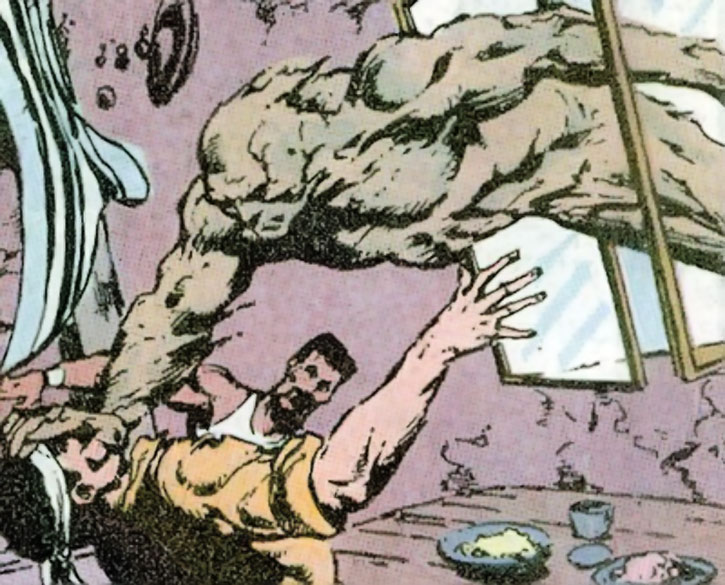 When the freelance Suicide Squad arrived in Jerusalem soon after, the Hayoth were assigned to watch or capture them. What they didn’t notice was that Kobra had used his imprisonment, which he’d planned, to manipulate Dybbuk, Hayoth’s AI member. Dybbuk would soon be forced to destroy the Dome of the Rock , thereby causing outright war.

When the Squad learned of his intentions, Dybbuk dispatched Golem to stop their operative, Count Vertigo from intercepting the planes. Convinced Vertigo was the actual threat, Golem did his best to subdue him. But the planes were still held off until Ramban was able to reason Dybbuk out of the course of action.

The Jihad were captured, and the other two groups tried to talk things out. But events had been partially orchestrated by the Suicide Squad, to uncover a Quraci mole within the US government. The mole was stationed on the base. He freed the Jihad, leading to another battle against them and the Squad, who appeared to be helping them.

Assigned to guard a former Palestinian terrorist, Kemal Saad, at a peace talks between their two countries in Cairo, none of the team were particularly happy with the assignment, least of all Col. Hacohen, who’d lost family to Saad’s atrocities.

It became more dangerous when the Spectre arrived intending to punish Saad for his crimes. Golem intercepted him first, but didn’t stand long against his power.

During the United Nation’s global Operation: GRASSBEATER, the members of Hayoth were deputised as Checkmate agents for the duration of the emergency. They eliminated a large Kobra cell hidden in Tel Aviv.

Calm and level-headed, Golem has no problem leading the way into a fight if necessary, but tries to subdue his opponents as quickly and safely as possible.

A loyal soldier, Golem will follow orders, trusting his superiors to have the best interests of Israel at heart. But he’d still be reluctant to kill those he doesn’t believe deserve such.

“I am sorry for this intrusion, Superman. Believe me, I have a great deal of respect for you but, if you do not back off, I will be forced to make you do so.”

Equipment:
He has a communications unit embedded in his wrist [BODY 03, Radio Communications (Scrambled): 08]. 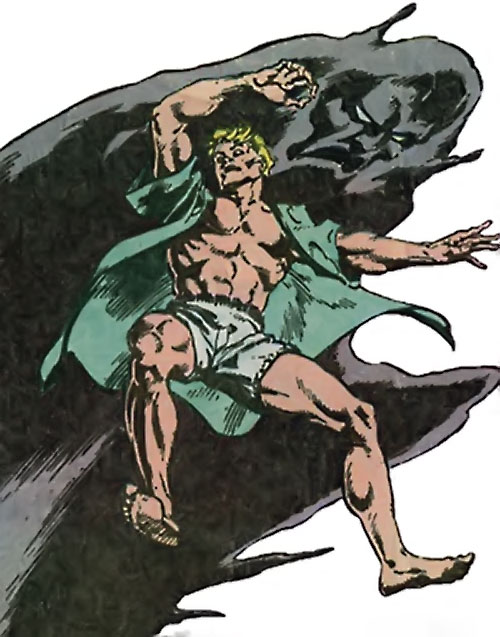 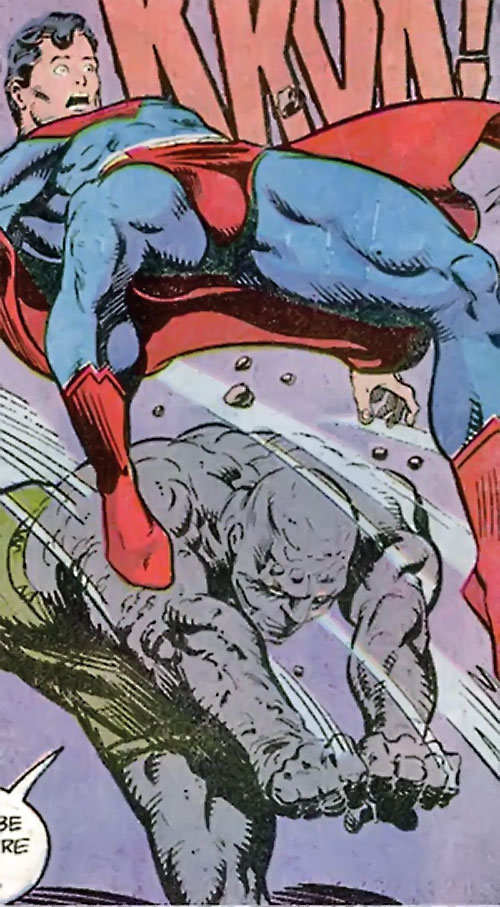 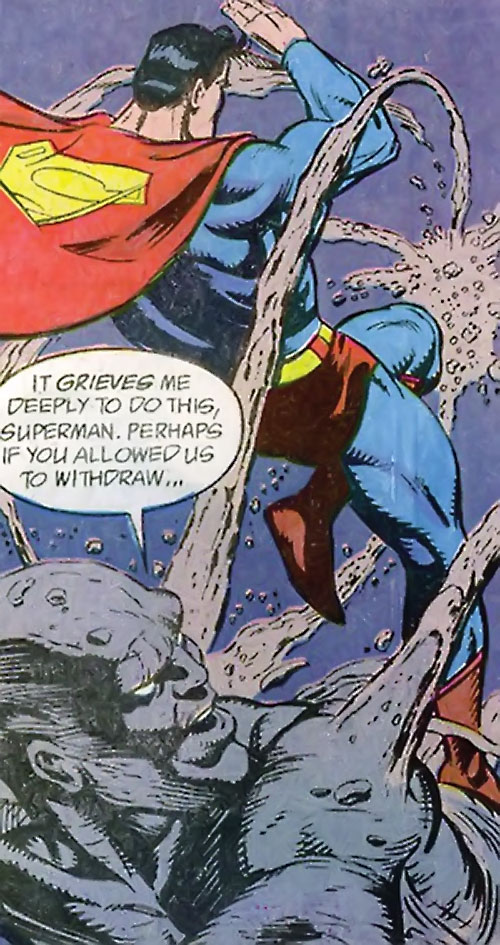