Gargoyles was a mid-1990s animated series on TV. It was well-regarded for its writing in particular, as the plots and themes were more mature than what was the norm back then.

This in turn made it an early Internet fandom.

Goliath is a gargoyle, an intelligent creature thought to be only a myth. As with all gargoyles he has physical abilities greater than that of a human as well as many other abilities such as gliding with his wings and the ability to scale walls with his mighty claws.

Gargoyles have a most unusual means of resting and recuperating. When the sun comes up their bodies transform into a stone like substance and they hibernate while absorbing solar energy to help power their massive strength and endurance. When the sun sets they burst out of this stone sleep in a magnificent manner.

During this hibernation they are also able to heal most any type of injury or ailment.

Gargoyles have absolutely no control over this change and need not even be outdoors and exposed to sunrise and sunset for it to take place. This hibernation is also a great vulnerability since they are paralyzed and unaware of their surroundings at the time.

If a gargoyle is smashed to rubble while in their stone sleep they die and their remains will remain stone even when the sun sets.

Goliath is the leader of the gargoyle clan now living in Manhattan. Noble and intelligent though a bit naïve and set in his ways. His sense of honor and loyalty are his greatest strengths. His physical strength and anger can be very impressive.

Since the betrayal by the human he trusted most and the massacre of the majority of his clan at Castle Wyvern 1000 years ago, he has little trust in humans. But he thinks that an understanding between human and gargoyle can be reached.

He is very traditional and has had some difficulty adjusting to the modern world with his relationship with police detective Elisa Maza being only one of these challenges.

He was originally the mate of Demona, the gargoyle who was second in command of his clan, but that relationship was totally gone by the time the clan was revived in 1994. He could not accept that fact and made various attempts to sway her back to him.

He only accepted it when an attempt to influence an earlier version of Demona during a time trip to the 10th century failed to change her. When she turned the humans or New York into stone by night, he resolved to kill her to end her menace, but was swayed by the mystical Weird Sisters that life was too precious to allow even the murderous renegade to die.

His feelings for Elisa began simply as respect and an attachment to the first human in the modern world to treat them with respect and friendship. Eventually the relationship deepened over their various adventures until they came to realize that they were falling seriously in love with each other.

Historically gargoyles use no names within their own culture, the name Goliath was given to him by the humans he had sworn to protect at Castle Wyvern.

Gargoyles are not mystical in nature, but there was an enchantment cast in ancient Rome that carries on from generation to generation. Any clothing worn by the gargoyles will be transformed to stone with them when they enter their stone sleep.

The purpose of this spell was for the sake of modesty among humans because the gargoyles clothing would not survive them bursting out of their stone sleep upon sunset.

Goliath looks like a large, lavender, monstrous humanoid complete with fangs, bat like wings and a tail . Gargoyles are typically referred to as monsters or demons by humans and the description is physically accurate. Goliath wears nothing but a loin cloth. He has a long black mane and like all gargoyles his eyes glow when he is angry.

While in his stone sleep Goliath looks like a statue made of chiseled stone.

Goliath is a very somber, dead serious leader of his clan. He is selfless and would sacrifice his life without hesitation to protect his clan. He loves to read and this seems to be his only escape from the weight of the responsibility on his shoulders.

He is also quick to anger and can be very vengeful for short periods of time. He holds a high regard for all life but is not above killing in extreme situations.

“I’ve been denied everything ! Even my revenge !!”

The existence of the nearly extinct gargoyle race is not common knowledge in the DC universe. Wise and long lived sages and mystics like Dr. Fate, The Phantom Stranger, SHAZAM and Merlin would certainly know of them.

In the Gargoyles TV series there are strong ties to Arthurian legend so they could be right at home in an adventure that included Arthur, Merlin, The Demon, and other DC characters tied to the mythos.

There are other gargoyle clans sparsely scattered throughout the world that are tied to other ancient cultures and civilizations. So anywhere ancient ruins are discovered would be a possible setting for the race. 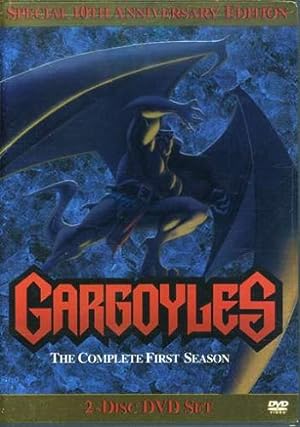 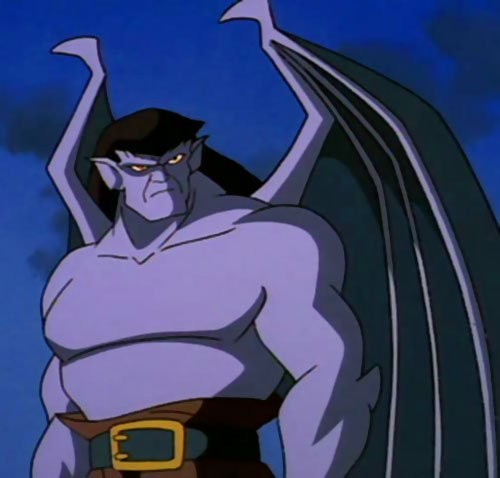 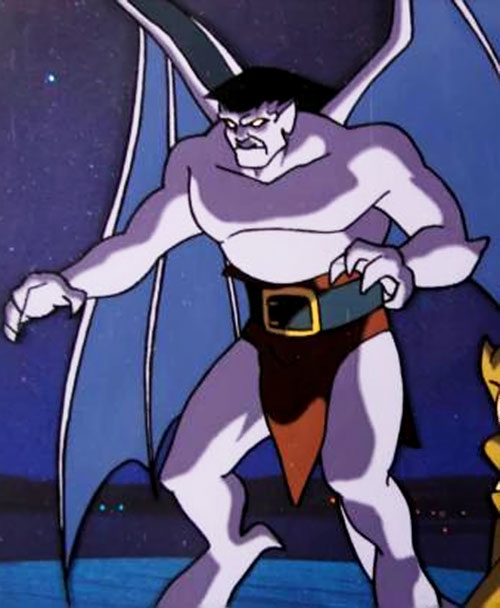 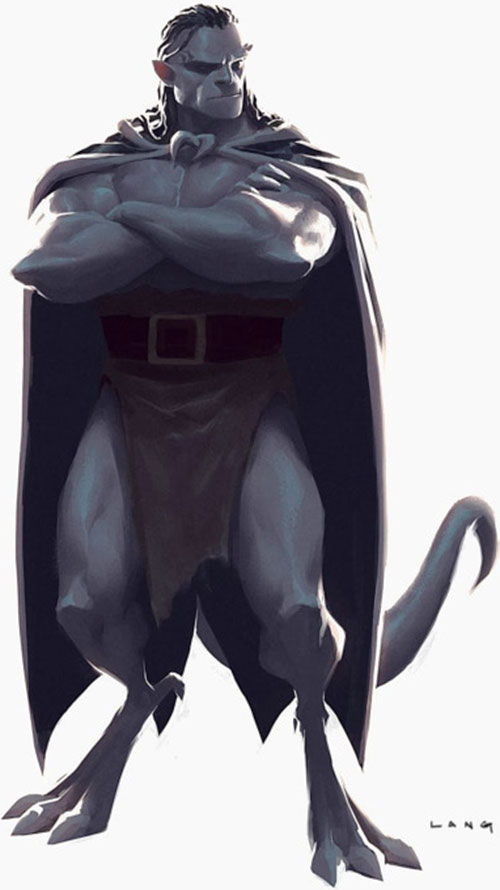