Gorgo was a 1961 monster mash. It could be considered a British take on Godzilla. Its classic giant monster also appeared in many Charlton comics.

It’s notable that no women were cast in this film other than extras.

This profile has S P O I L E R S for the movies.

Gorgo is a large powerful carnivore. He has tyrannosaur-like jaws and long reaching talons. Furthermore, Gorgo has shown the ability to do sweep attacks with his tail when facing smaller opponents.

Being amphibious Gorgo lives in the ocean but may come ashore to hunt.

It is durable but susceptible to flames.

Off the coast of Ireland, volcanic activity caused devastation to harbors and coastal towns. Captain Joe Ryan had brought the Triton to the area for a salvage operation. They found a sunken ship but intense waves pounded their vessel and almost capsized it.

Unbeknownst at the time this activity also opened up an undersea cavern. A sleeping prehistoric beast emerged. With the ocean floor torn up, several prehistoric creatures died. Their carcasses floated to the surface. These creatures had been presumed extinct for 10,000,000 years.

Sam steered the vessel into a Nara harbor. The Harbor Master demanded they don’t linger. Sam and his friend soon discovered why. The locals had found sunken treasure in the harbor.

At night, a giant sea creature walked right up onto the rocky shore of Nara Isle. Men hurling torches drove the creature back into the sea. Sam decided to turn a profit by capturing the creature.

A young boy, Sean, felt compassion for the monster. But Sam ignored the boy’s request to leave the creature alone.

Sam’s plan was to ride a bathysphere into the depths, trawling the bay as a lure. Gorgo took the bait but was soon caught in huge strong nets. The process nearly killed Sam. His bathysphere was taking on water from the attack.

(This tactic is also used in an earlier monster film, The Beast from 20,000 fathoms.) 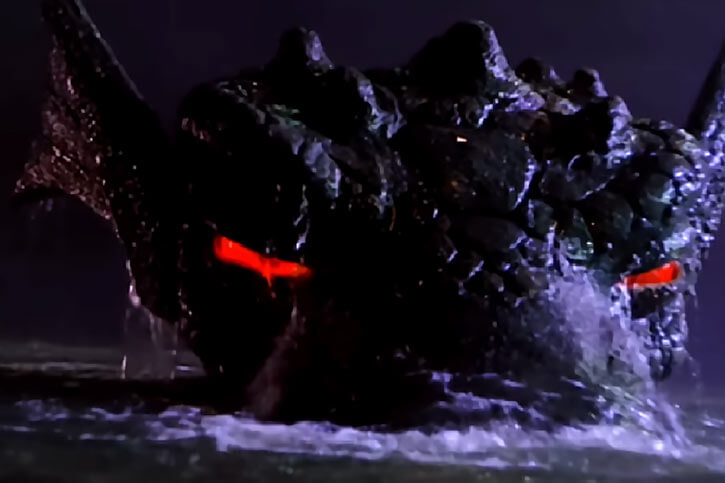 Gorgo was hauled up and bound onboard with chains, ropes, and nets.

The news of the fantastic monster captured off the coast of Ireland enchanted the world. The scientific community wanted Gorgo for study.

Sam wanted to turn a profit. So, he instead went to London to do business with Dorkin’s circus. Gorgo would become a spectacle for all to see and Sam would take 50% of the profit.

Gorgo only pawn in game of life

Circus owner Dorkin named the beast “Gorgo” after the creature of Greek mythology, the Gorgon. The sight of which turned men to stone.

Gorgo was transported under sedation through the streets of London with all fanfare to Battersea Park. At night, it was placed in an enclosure for the viewing of all paying customers.

However, scientists soon made a shocking discovery. Gorgo was a very young specimen. An adult would be much larger.

Gorgo’s mother soon invaded London in search of its child.  All manner of military stood against the creature.  Would it be enough?

Gorgo is a giant reptile walking upright. It has a long clawed forearms. Its head looks like a pre-Jurassic Park T-Rex, with fins on both sides. Many ridges like that of an alligator’s run the length of its back and tail.

Gorgo has animal intelligence. Cast into a strange new world, it explored a coast that may have been a hunting ground long ago.

When attacked by humans, Gorgo fought back.

The mother proved to be protective of its young.

(Growling then finishing with the sound of an elephant’s trumpet).

The DCU is no stranger to giant monsters. The unique part is that Gorgo emerged around Ireland and invaded London.

Bonuses and Limitations:
Growth is Always On and already figured in (-1 FC).

The creature they captured was not an adult specimen. The adult mother has identical stats except with these changes: 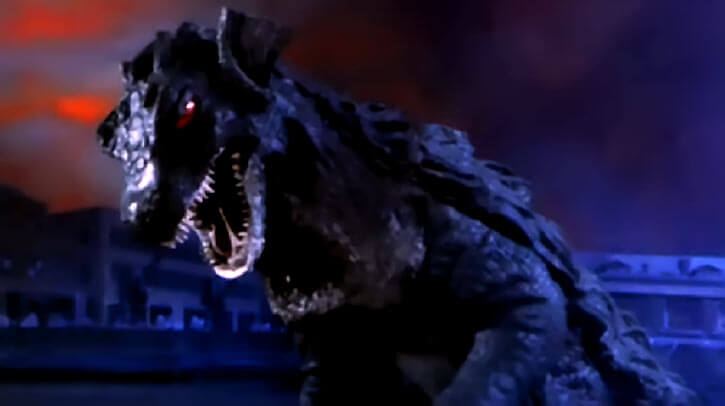 The scientists in this film said the creature’s skin should be kept wet with a continuous stream of water. This might be a drawback, especially with its problem with fire. However, the water turned out to be a plot device so the mother could follow her child. I gave the creatures Analytic Smell/Tracking Scent so they could detect the trail.

Gorgo’s weight is “heavier than six elephants”, which is more than 36 tons.

Gorgo and its mother seem invulnerable to everything except flames. Gorgo retreated. The mother only roared at a higher pitch. But neither were actually injured by the flames.

Source of Character: The 1961 movie Gorgo, performed in costume by Bob Bura and Mick Dillon. 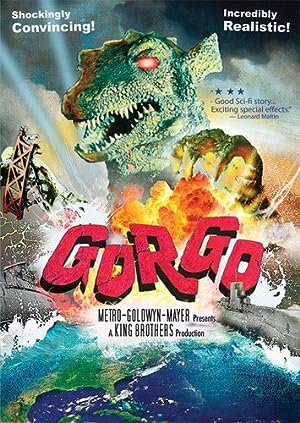 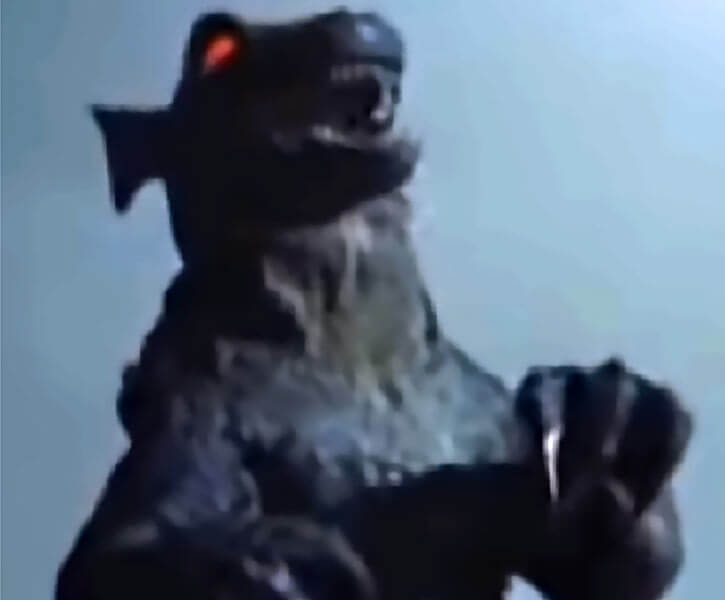 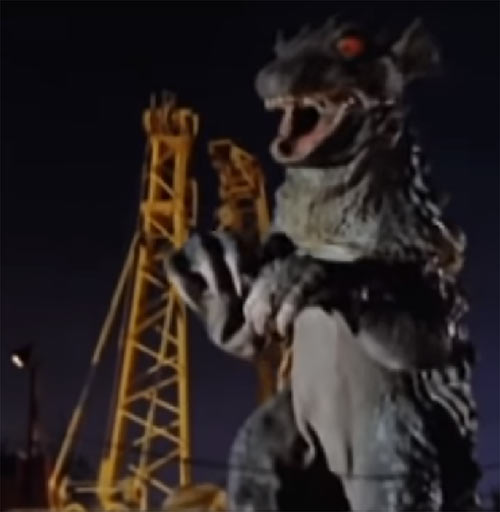 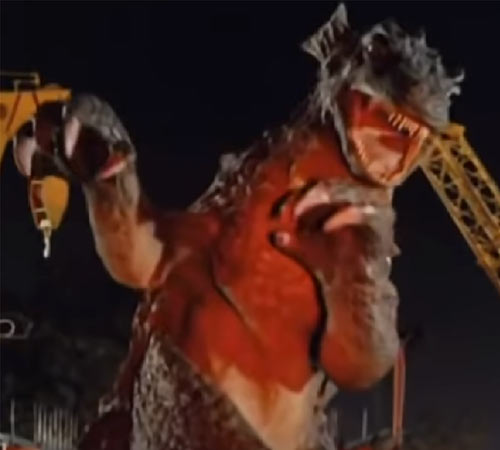 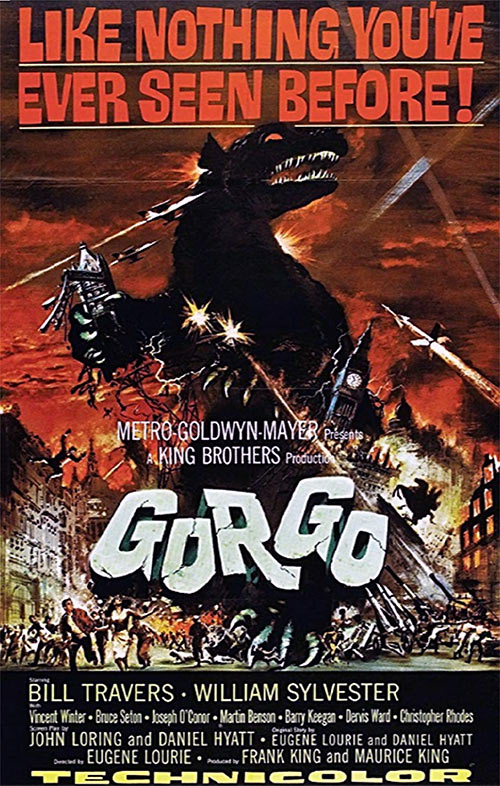