Gorst is an obscure monster, who was only seen in the 1991 Annual of The Incredible Hulk. I thought that having stats for him would be useful.

Gort is a large, ferocious predator with a huge fangs-ladden mouth.

He’s a biter, and his chompin’ made even the Hulk bleed.

Gort is presumably a Deviant mutate. That is, a Deviant whose mutation was so extreme that he was rejected from Deviant society and condemned to live as a solitary monster.

Gort was either a follower or a sort of war dog used by the Deviant lord Brutus. He was seen during Brutus’s attempt to reclaim parts of Subterranea in the name of the Deviants. Gort assisted Brutus and Deviant soldiers in guarding Tyrannus’ fountain of youth. 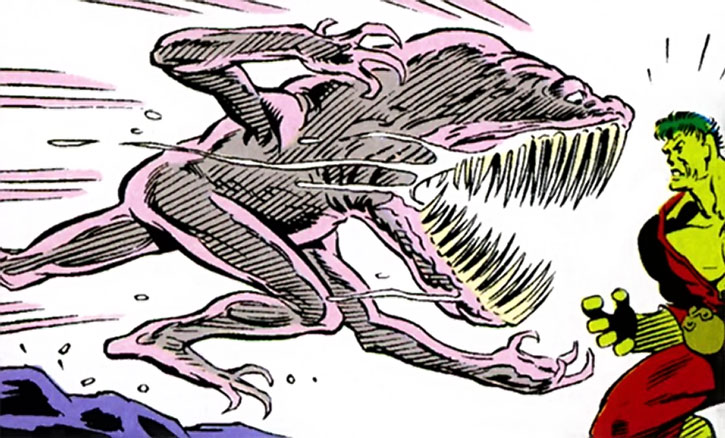 Using hostages to barter, Tyrannus acquired the services of the Hulk (then in his ’Professor‘ phase, and working with the Pantheon). The he sent him to recover some water from the fountain.

Brutus unleashed Gort on Hulk, but the green titan got rid of the “two-bit tyrannosaurus”, as he called it — by ripping off two of Gort’s teeth and stabbing him with those.

Gort was incapacitated by the pain but not killed. 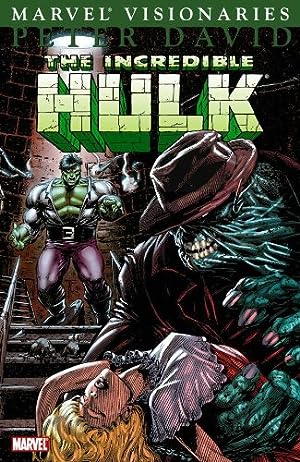