“Ben Grimm in black babydoll lace”, Gothic Lolita is the team’s heavy artillery. She was designed with a super-hardened chassis which provides her with enormous strength and durability.

She is generally the front line of any combats the team get involved in, happily causing mass destruction. She is also first choice for mission that require the agent to withstand significant physical punishment. Such as riding a crashing airplane to the bottom of the ocean, to retrieve some cargo from it.

She has also exhibited the ability to jump over 100 feet vertically.

She was created by the top-secret, quasi-governmental R&D program Project Livewire. These based their work on the technologies used to create the Mannites and SHIELD’s LMD’s . Project Livewire built ten mecha, six of which were trained and tested at the Project. The other four were left deactivated until needed to replace lost members of the team. 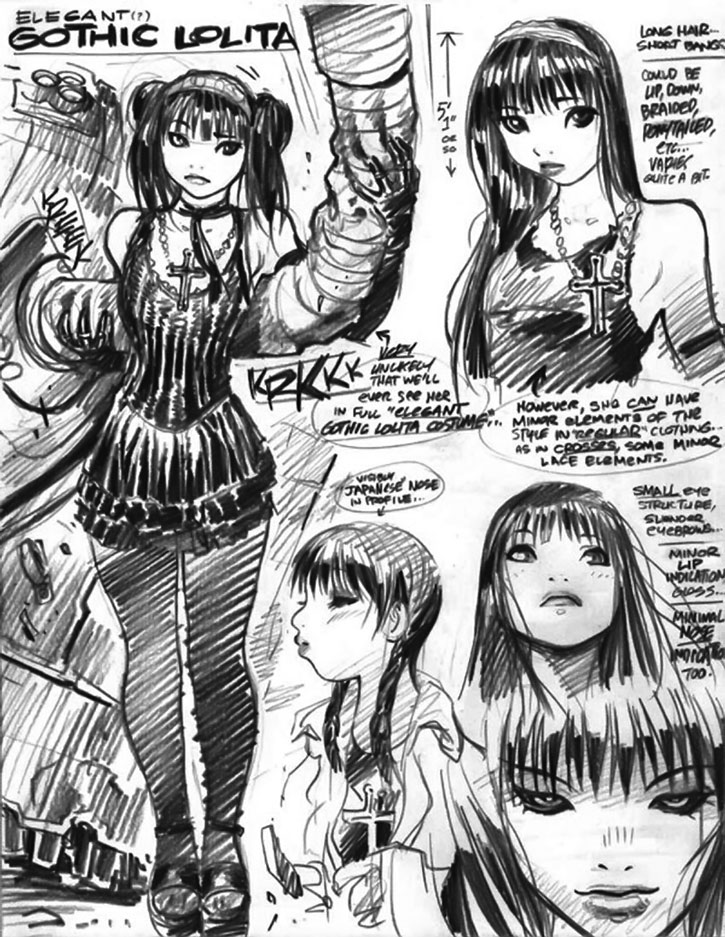 The mecha have all been programmed to be absolutely loyal to Project Livewire. They were to follow the main goal of seeking out and destroying other top-secret, quasi-governmental R&D program. The mechas had been provided with a list stating the priority they are to be given.

When they were programmed, the head programmer was aware of a logical hole in their directives. The hole meant that as the only ones hard-wired to be absolutely loyal to Project Livewire, the mecha were the only ones that could be fully trusted to fulfil its directives. As a result they killed all the human members of the Project, and set out on the road to fulfil their programming.

They performed a number of missions sabotaging other top-secret, quasi-governmental projects. The mecha remained undetected, either by making things look accidental, or by arranging for other targets to be blamed for their actions.

A number of missions required them going in disguise. During one Lolita had to doll herself up in a Japanese pop-culture fashion trend, the Gothic Lolita style . She liked it so much that she kept the look, and named herself after it.

On one mission they uncovered a link to the “White Whale”. He was the highest priority target on their list.

The mecha stowed away in a container of inert nanofluid that AIM was trading to the White Whale. Thus, they managed to get on board its rogue SHIELD helicarrier. The White Whale turned out to be a hive mind, commanded by a couple of Nick Fury LMD’s infected with a Hydra nanoware attack virus.

They were detected soon after arrival, and found themselves overwhelmed. White Whale’s largest drone grabbed Lolita, and jumped out of the helicarrier via an acceleration unit. Both plummeted to the ground far below.

After Stem Cell destroyed the White Whale she gathered the remains of Gothic Lolita and the other Livewires. Her intent was to rebuild them all.

Lolita is determined to enjoy her life as much as she can. She is always cheerful no matter what she’s doing. She can come across as flighty and eccentric.

Like all the Livewires, Lolita has been programmed to be completely loyal to the Project directives. She would readily give up her life if it was required for the mission.

Through overrides to their programmed human personalities, the Livewires are capable of suppressing panic and anxieties, so that they can perform their job without such worries.

“Are your dreams normally like this, little dreaming person ? When I still dreamed, superheated nanomecha somehow never appeared. Though I do vaguely remember something about a bright pink bulldozer that wanted to marry me. Perhaps my dream programmers were being ironic.”

“I envy you, little freshly-activated noob. You’re treated to the prettiest of firestorms on your very first op. Lucky little Stem Cell.”

“I can indeed be ouchied. But this would require a great deal of force. And I am a little bit scared. While our work for Project Livewire may statistically guarantee it, I don’t actually want to be destroyed. That would be… inconvenient.”

“Ooh, look. Everything’s getting all sparkly as the nanos transmit to each other with their teensy li’l comm lasers.”

“Final burst transmission. And so, brother and sisters, in closing, I leave you with some aesthetically pleasing images that I’m noticing in the midst of my final fractions of a second. Cloud vapours all roiling and boiling and prettily swirling. Atmospheric friction flaring off me, glowing in a most fetching manner. Night sky whirling above me, stars going all streaky and smeary. No doubt the impact flash will have it’s own unique beauty. Goodbye.” 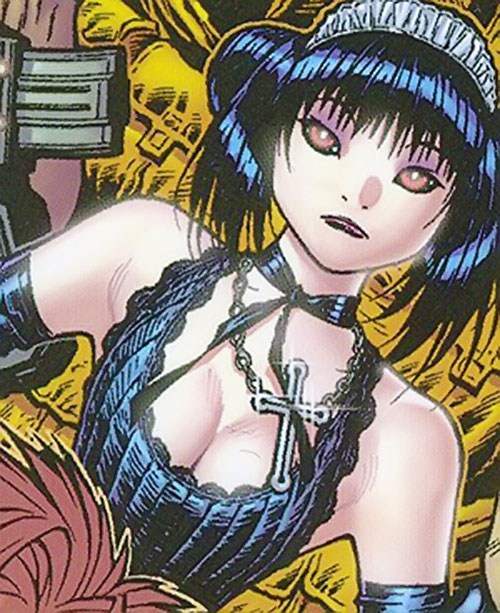