Before joining IO as a Black Razor, thus receiving their superior combat training, GQ was a hotshot pilot in the USAF.

As a young, brash, hotshot pilot in the Air Force, GQ found himself facing a court martial after allegedly taking a date on a joy ride ride in his F/A-18. If this account is correct, it may have further precipitated the court martial – a two-seater F/A-18 is a Navy plane.

His military career cut short, he was recruited into IO, as a troop-transport pilot. Unable to quell his need for excitement inside a cockpit of an upper-atmosphere jump jet, the young pilot landed himself a position within Black Ops as the transport and combat support element.

Stephen is a handsome young white guy. During an operation, whether grounded or flying his craft, GQ wears a mask.

GQ is a lady killer. He’s very confident in his flying skills, and enthusiastic when a dogfight erupts.

In the field, however, he usually relies on his teammates (particularly Redbird as they pair together).

He knows that if they can’t handle the situation, he can’t help and would advise retreat. 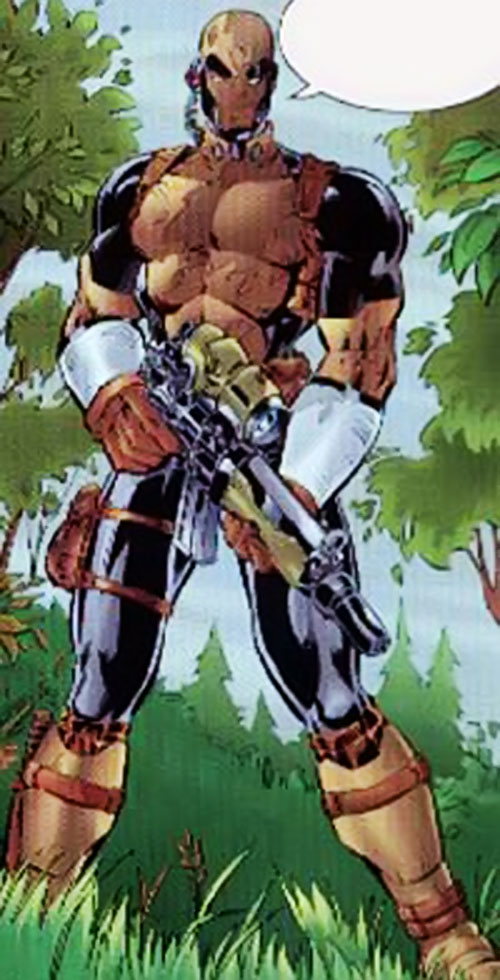