Grail was a hand-to-hand combat expert in Team 7.

His symbiote was the first to show the permanent effect it has on its owner. It transformed Grail’s body into solid energy. He now uses it project energy blasts, force fields and gives him a limited ability to fly.

Unfortunately, its contact with organic material is fatal. So he can’t touch anybody, unless protected (by a symbiote for example).

Grail was procured into the second generation Team 7 by Dane from the Philippines Marine Rangers . These operate both on and around the coast of Davao. He devoted his life to perfect his mastery of all forms of close combat.

The symbiote that took him as host converted his physical body into a vessel of glowing energy. He exercises near-absolute control over it.

After discovering the NSC told his loved ones he was dead, Grail did not want to reopen painful wounds. Thus, he regretfully turned away from his former life. Of these, his greatest sadness was in knowing that he would never see his one love, Joie, again.

When Craven convinced the US President to rehabilitate LeGauche, and sent him after Wetworks, he managed to do sufficient damage to Grail’s energy shell for it to rupture. Grail sacrified his life to eliminate LeGauche’s troops and buy the team enough time to escape.

But as a being of pure energy, the destruction of his outer envelop was not enough to kill him. Under Mother 1’s care, he managed to regain his body integrity and rejoin the group.

Grail is a tall, well built man made of glowing, neon blue energy.

Grail was, and is still, obsessed with the idea of being a perfect physical specimen. He cares so much about his face that he constantly wears a protective mask. He is a purist when it comes to close combat techniques.

Though he used to be a lady killer, he now restrains his instinct to the relationship he currently is with Mother 1, the team’s cyborg. 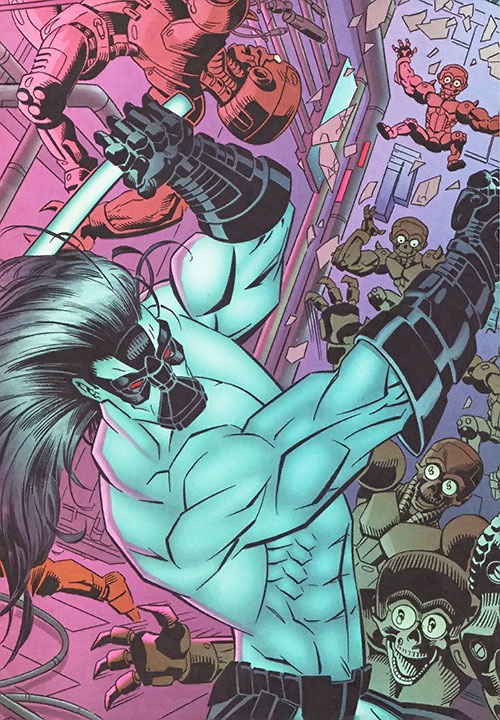 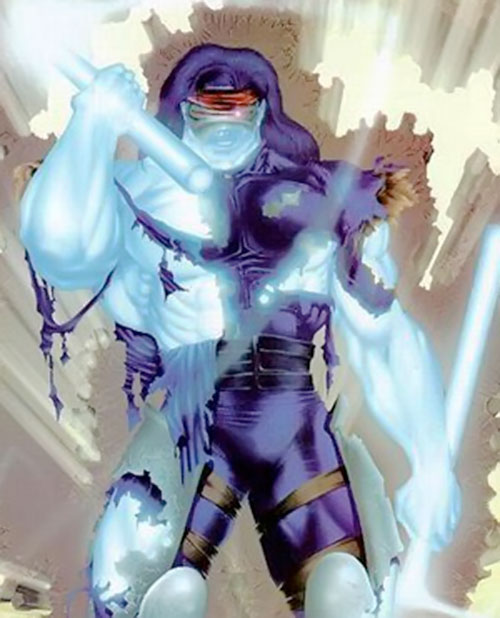